The Evolution of a Maverick Reform Rabbi

John Moscowitz started out as a New Left activist, then turned to Judaism, then broke with the orthodoxies of his own liberal movement. In a new book, he takes stock. 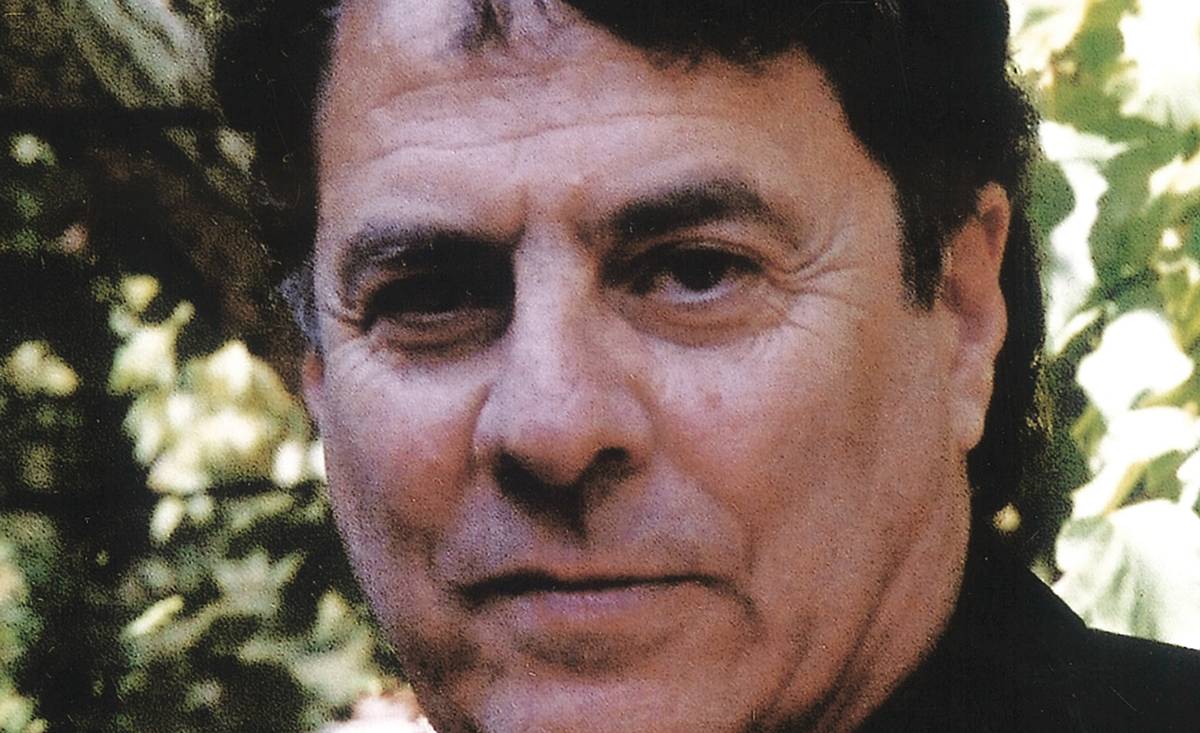 From the cover of The Evolution of an Unorthodox Rabbi by John Moscowitz.

Observation
Martin Krossel
About the author


Martin Krossel, who specializes in international politics and Jewish affairs, is a Canadian journalist based in the New York area.

It’s no easy chore to find Reform rabbis who deviate from their movement’s liberal orientation on matters ranging from the revelation at Sinai to the Israel-Palestinian “peace process,” and who are unafraid to say so in public. One of them is John Moscowitz, who throughout his adult life has been out of step with friends and colleagues politically, intellectually, and theologically. His fascinating journey, from radical left-wing activist to outspoken spiritual leader of a 6,000-member congregation in Toronto, Canada, is on display in a recently published collection of his sermons, speeches, and writings entitled Evolution of an Unorthodox Rabbi.

Born in 1952 to secular parents in the American Midwest, the youthful Moscowitz attended college in Los Angeles, graduating in 1975 as a certified member of the fuzzy countercultural left. A flirtation with the harder politics of the New Left soon brought him to San Francisco, where it turned into more than a flirtation. There he joined a circle of about a dozen radicals working with Tom Hayden, co-founder of Students for a Democratic Society (SDS) and anti-Vietnam-war agitator, and Hayden’s then-girlfriend Jane Fonda.

It did not last. No longer able to deny his spiritual longings, and “hungry for knowledge and in search of the Jews,” Moscowitz broke from his revolutionist peers and gravitated to the study of Judaism and Jewish practice. Here, too, he was a maverick. Eschewing the sort of counter-establishment prayer fellowships then in vogue among left-leaning Jewish seekers, he headed straight to America’s oldest seminary, Hebrew Union College (HUC), the flagship institution of the Reform movement—only to be put off in turn by his new environment’s pallid offerings in the realm of Jewish texts, rituals, and anything more than “a faint smell of peoplehood.”

Thanks to a sympathetic faculty member, Moscowitz discovered the writings of two 20th-century Orthodox scholars—Joseph B. Soloveitchik and David Hartman—and took his first steps toward replacing his directionless spiritual thirst with “learning, ideas, and intellectual and religious satisfaction.” Upon receiving ordination from HUC, and despite initial hesitancies, he entered a career in the clergy and met rapid success, officiating at Holy Blossom Temple, Toronto’s most prestigious Reform congregation, for 25 years, twelve of them as its senior rabbi. From the evidence not only of the sermons in this volume but of the passionate tributes to him by former congregants, he also succeeded in finding an eloquent and accessible way to communicate to these Reform Jews the fruits of his own growing erudition in the complex texts and teachings of the Jewish tradition, and in the power of that tradition to compel their loyalties.

Throughout his tenure at this quintessentially establishment synagogue, Moscowitz also exhibited his inveterate unwillingness to toe the Reform party line. His critique of classical Reform’s repudiation of ritual was ahead of its time; over the course of the past decades, the Reform movement as a whole has gradually accommodated and absorbed elements of Jewish ritual practice. But what makes Moscowitz stand out is not his embrace of any particular mitzvah or even the mitzvot in general but his frank espousal of the very concept of mitzvah in the original and literal sense of “commandment.” Although unwilling to accept Orthodox or Conservative ideas of halakhah, he’s equally unwilling to re-read the commandments as options, and he rejects outright his movement’s “banal mantra” of “informed choice.” In his view, the fact that they are commanded is precisely what makes them important.

From this flows what may be Moscowitz’s most radical theological position: his belief in divine revelation at Mount Sinai:

I believe that God revealed the Torah to the Israelites on the mountain, and over a fairly short period of time a few recorded what was “revealed” in their presence. . . . I believe that a commanding God spoke at Sinai. Consequently, Jews have been a commanded people ever since, as well as a responding people.

His belief in the divinity of the Torah—in a God who commands and a people that is commanded—is not only rare to non-existent among Reform rabbis but highly unusual in the more traditionalist Conservative movement as well. Even many Orthodox Jews shy away from discussing it—all of which makes it surely one of Moscowitz’s most “unorthodox” positions.

An outlier religiously, Moscowitz courted even greater controversy for his political positions, though it seems that in this area his rightward turn took longer to emerge. On the Israel-Palestinian conflict, as he explains here, he started out as a standard-issue dove. “I looked forward as much as anyone,” he writes, “to Israel gathering its moral courage, as I was certain it must, and yielding land for peace. I took a back seat to no one in deriding the retrograde right of Menachem Begin and company.” But over the course of the 1990s he changed his mind and his tune. Watching the 1993 Oslo accords pave the way for Yasir Arafat’s reign of terror, he found himself “stunned” by his own former “willingness to shut my eyes in the hope that my wishes for peace would come true.”

And this delusional form of wishful thinking was hardly his alone; rather, Moscowitz sees it as still the default position both of his movement and of American Jewry at large, and he addresses it with great energy. In a piece included here, he describes his refusal to join the applause for “a rousing speech by the Israeli deputy foreign minister and Oslo architect Yossi Beilin enthusiastically endorsing the ‘peace process’ during the 1999 convention of the Union for Reform Judaism”:

As he finished his speech, Beilin hit all the high emotional notes, and the roaring audience rose up and gave a standing ovation. I desperately wanted to disappear. I wasn’t about to stand up—I knew enough to know Beilin was way wrong—but I had hoped to avoid attention. . . .

I couldn’t. I was easily noticed by colleagues and friends. One friend, a prominent rabbi, looked down at me, a combination of disdain and affection on her face. “Why are you spoiling our party?” she asked, annoyed and maybe a bit amused.

All I could do was mutter that Yossi Beilin was wrong. I then looked down at my feet.

I didn’t say what I knew. I knew who Arafat was; I knew the worldview of the leadership of the PLO; I knew the political strategy favored by the Muslim Brotherhood. And I knew, strong as Israel was, that the Jewish state was in trouble. Why didn’t my colleagues know this? Or, maybe they did.

That last sentence is key, suggesting that his fellow rabbis’ zeal for the “peace process” was undeterred even by their understanding full well the implacable nature of the Arab refusal to accept a sovereign Jewish polity in the Middle East. How could rabbis supposedly concerned with the welfare of their people support the creation of a Palestinian state dedicated to the eradication of that people? This is the point at which wishful thinking shades into outright denial and a shameful absence of self-respect.

Moscowitz faced a similar episode ten years later when Reform rabbis across North America were inviting imams to visit and preach in their synagogues on the Sabbath; in return, the rabbis would make similar visits to the imams’ mosques. When the agency organizing the visits sought Holy Blossom’s participation—it goes unnamed here, but Moscowitz notes that such exercises were “almost always initiated by Jews”—he agreed in principle but wanted to know whether the imam slated to occupy the pulpit accepted Israel’s right to exist as a “nation among the nations.” He also promised that he wouldn’t “publicly parade” the imam’s answer.

From the organization came the reply: “What you’re asking violates what we’re all about; we can’t include you in an exchange with an imam.” Explaining his position to his congregation, Moscowitz put it bluntly:

Self-preservation and self-respect are essential to relationships with the other, whether as individuals, or peoples, or nations. If you don’t respect yourself—what is essential to who [and] what you are at the core of your psychology, your being, your history, your values—you won’t respect the other and their integrity.

There is much more in this book that touches neither on politics nor on grand theological issues: a moving tribute to Moscowitz’s father; a frank, humble, thoughtful reflection on the decision to perform same-sex marriages; a powerful piece urging congregants to take Shabbat seriously. But the same unifying threads run throughout.

First, Jewish peoplehood isn’t just a fact but one that, having received divine sanction at Sinai, entails an ongoing individual and communal obligation. Second, one’s commitment to Judaism, to Jewishness, and to Jewish peoplehood must be forthright and unapologetic, even or especially when that may require, for example, declining to invite a guest to your synagogue who denies the peoplehood of the Jews. Third, you can’t really take Judaism’s ritual or ethical observances seriously if you think they amount to just so many “options” on the table to pick and choose from, or to invent for yourself.

Does embracing and defending such positions make one a religious fanatic, or a chauvinist extremist? On the evidence of this book, obviously not. But squaring those positions with the regnant orthodoxies of liberal American Judaism is a difficult if not an impossible assignment. Perhaps that is why, since 2012, the decidedly unorthodox John Moscowitz is no longer the senior rabbi of Holy Blossom Temple.

The Evolution of a Maverick Reform Rabbi