Where Does the Phrase "Am Yisra’el Ḥai" Come From?

Popular today at weddings and bar-mitzvahs, the words, meaning “the people of Israel lives,” trace all the way back to the story of Joseph. 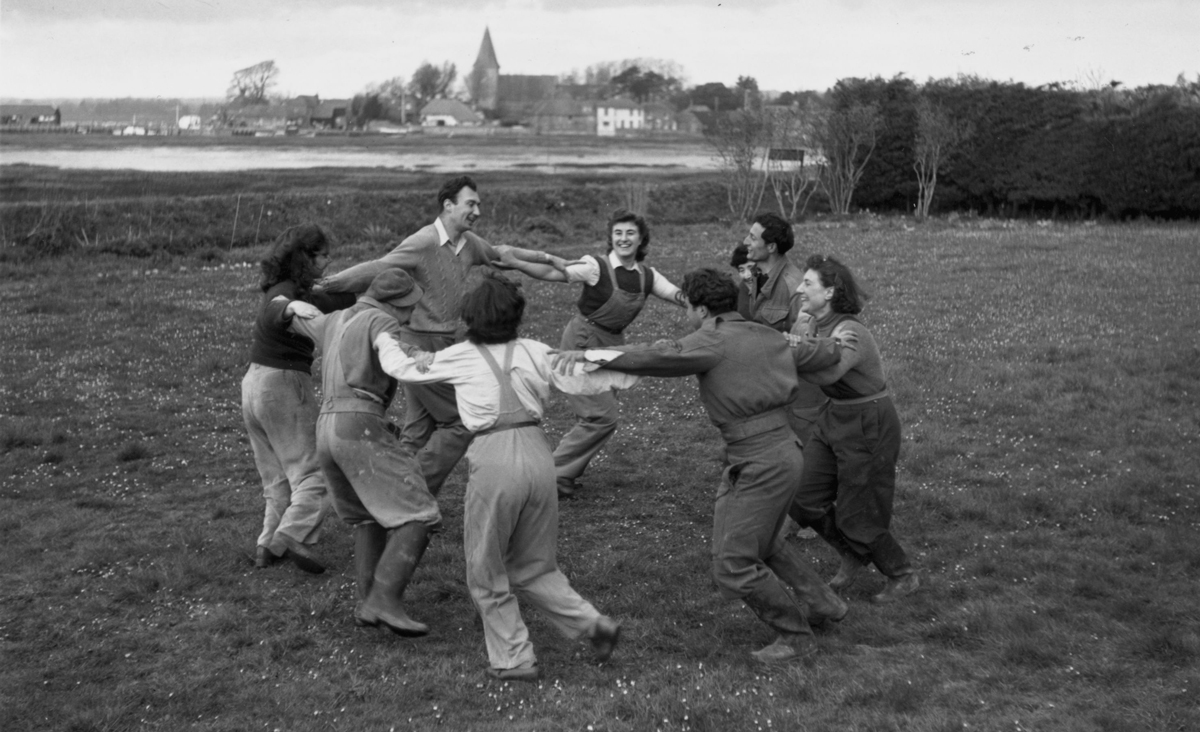 “Do you know the origins of the Hebrew expression am yisra’el ḥai, ‘the people of Israel lives?’ Although I can’t find anything resembling it in the Bible or the liturgy, it’s commonly encountered nowadays.”

It’s encountered especially, one might add, during these post-Passover weeks of Yom Ha-Shoah or Holocaust memorial day, Yom Ha-Zikaron or Israel’s memorial day for its war dead, and Yom Ha-Atzma’ut, Israeli independence day. And Mr. Shirazi is right that it can’t be found in traditional Jewish sources. The expression was first popularized in the course of the last century by its occurrence in a number of songs, one of the best-known composed by Shlomo Carlebach in 1964.

As Carlebach told it, he wrote the song in Communist Prague on the holiday of Purim, at the end of an all-night, semi-clandestine session of singing and dancing with a group of Jewish students. When the gathering finally broke up at 4:00 in the morning, he recalled, “I was left in my [hotel] room. I said to myself, ‘I can’t believe it! I can’t believe it! The kids don’t know one word of Hebrew . . . [and] one yidele like me comes and they’re on fire! This is a time to make up a song. I gotta make up a song’ . . . [Then] it just hit me—Am Yisra’el Ḥai.”

But there is an older and even better-known Am Yisra’el Ḥai that is often sung as an accompaniment to circle dances at weddings and bar-mitzvahs, and to hakafot on Simḥat Torah. First notated a hundred years ago by the musicologist Abraham Idelsohn in his ten-volume Thesaurus of Hebrew Oriental Melodies, it consists of four simple and emphatic musical phrases sung over and over, the first two to the words am yisra’el ḥai, the second two to the words od avinu ḥai, “Yet our father lives.” (Idelsohn’s version is slightly different, but that needn’t concern us.) And it is this “Yet our father lives” that tells us that am yisra’el ḥai, though not occurring verbatim in the Bible or in classical rabbinic literature, does have its roots there.

The place to start digging for those roots is Genesis 45:3, a verse in which Joseph, overcome by tears of emotion, dramatically reveals his true identity to his brothers in Egypt by saying to them, “I am Joseph. Does my father [Jacob] yet live [ha-od avi ḥai]?” From there, let us skip to the talmudic tractate of Ta’anit, in which the following passage is found (I have retained the hygienic advice of its opening lines):

When the meal was over, Rabbi Yitzḥak [finally supplying the “word of Torah”] said, “Rabbi Yoḥanan also said, ‘Our father Jacob never died.'”

“Then why does the Bible tell us,” asked Rabbi Naḥman, “that he was mourned for, embalmed, and buried?”

Rabbi Yitzḥak answered: “The answer to that is in the Bible, too. It says there [Jeremiah 30:10], ‘Therefore fear thou not, O my servant Jacob, . . . for I will save thee from afar, and thy seed from the land of their captivity.’ The text draws an analogy between Jacob and his seed: as his seed is still alive, so is he.”

This exchange takes place in the context of two unstated exegetical observations that are made explicit only elsewhere in rabbinic literature. One is that although the last chapters of Genesis are about Jacob’s death, the Torah portion they occur in is called Va-Yeḥi, “And he [Jacob] lived,” after its opening words. The second is that while the Bible relates the deaths of the patriarchs Abraham and Isaac by saying of each va-yigva . . .va-yamot, “And he breathed his last . . . and he died,” of Jacob’s death its says only va-yigva. Commenting on the omitted va-yamot, the 11th-century Rashi writes, “This is why the rabbis said [in Ta’anit] that our father Jacob did not die.”

Rashi’s contemporary, the celebrated talmudist Yitzḥak Alfasi, amplified this by remarking: “There are those who say that Jacob did not really die in Egypt but rather lost consciousness and all sensory awareness, and that he only died in the land of Israel” (to which, the Bible relates, he was brought by his sons for burial). The 15th-century Spanish Jewish statesman, philosopher, and exegete Don Isaac Abrabanel added that Jacob was said to have remained alive because he lived on in the people that emerged from the twelve tribes founded by his sons and that bore his God-given name of Israel.

And in our own times, the last Lubavitcher rebbe, Menachem Mendel Schneerson, had this to say (the remarks are found in his Likutey Sikhes, his disciples’ compilation of his Yiddish sermons):

The Talmud says that our father Jacob did not die, because as long as his seed is alive, so is he. . . . The meaning of this is that Jacob’s soul remained truly alive not just in the next world but also in this one, in his offspring. When they live, that is his true life. . . . It was only after his death that his eternal nature of “And Jacob lived” became clear.

It was this exegetical tradition that gave birth in East-European ḥasidic circles to the Am Yisrael Ḥai song that many of us are familiar with. At first, the “our father” of od avinu ḥai may still have been taken by the song’s singers and listeners to refer to the patriarch Jacob. But in time it came to be understood as “our Father,” that is, as a reference to God, so that the words “The people of Israel lives! Our Father yet lives!” became the defiant declaration of national and religious faith in the face of adversity that we hear in them today. And that, I think, answers Mr. Shirazi’s question.

Where Does the Phrase "Am Yisra’el Ḥai" Come From?