Matti Friedman’s Pumpkinflowers restores the honor of Israeli soldiers who fought a ruthless enemy in a dress rehearsal for the mayhem and carnage to come. 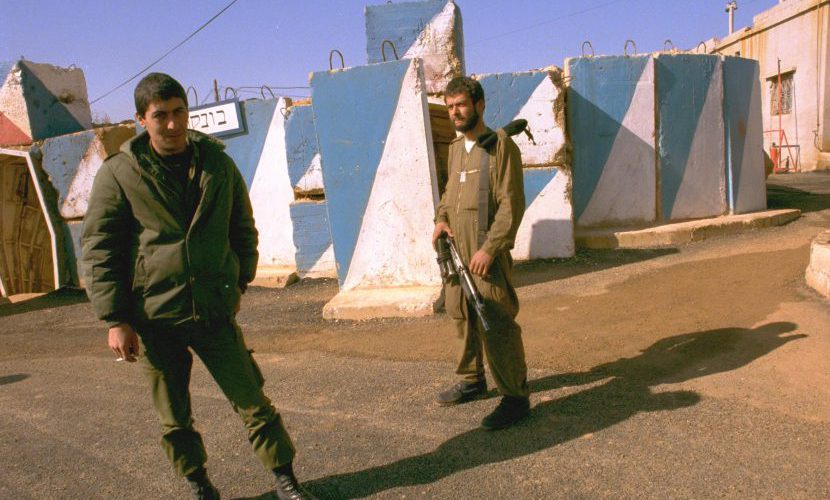 
Michael M. Rosen is an attorney and writer living in Israel. Reach him at [email protected].

Israel’s eighteen-year-long incursion into southern Lebanon, launched in 1982 to put an end to the relentless attacks on northern Israel by the PLO, is hardly among the most distinguished ventures of the Jewish state. Its initial phase ended a year later with a unilateral IDF withdrawal to a strip of territory in the southernmost part of the country, which Israel continued to hold in conjunction with local allies. Although this “security zone,” as it came to be called, succeeded in protecting the Galilee from terrorist infiltration and mortar fire, it itself remained a target of sustained attack until Prime Minister Ehud Barak abruptly evacuated it in 2000. For most of that time, Israel’s main opponent was Hizballah, a guerrilla force made up not of Palestinians but of Lebanese Shiites sponsored mainly by Iran.

This last, lengthy phase of the conflict is the subject of Pumpkinflowers, Matti Friedman’s illuminating memoir-cum-history. Friedman—Canadian by birth, Israeli by citizenship, journalist by trade (his previous book, The Aleppo Codex, won deserved acclaim)—served in the security zone for several years in the late 1990s. He recounts the war both in the first person, based largely on his own service, and in the third person, telling the stories not only of the soldiers who preceded him there but also of the grieving Israeli mothers who ultimately played an outsized role in bringing the IDF’s presence in southern Lebanon to its precipitous end.

Ably balancing his smaller and larger stories of the war, Friedman uses as his backdrop “the Pumpkin,” a fortified outpost, perched above a riverbed on the outskirts of the south Lebanese town of Nabatieh, in which he served. (“Flowers” is the IDF term for wounded soldiers.) He relates those stories with gripping intensity, deploying a vividness and a mastery of language that place Pumpkinflowers in the company of the finest literary depictions of modern war. In so doing, he also restores a measure of humanity, heroism, and perspective to what many Israelis today regard as a pointless war of attrition: a mindless and unresolved struggle that claimed hundreds of lives without accomplishing much.

In the third-person accounts that occupy roughly the first half of Pumpkinflowers, Friedman observes the war mainly through the eyes of Avi, a stubborn, iconoclastic soldier who “scorned hierarchies and official ideology” but “wasn’t a shirker” and plunged headlong into battle. The episodes recounted here reach a climax in an ambush near the Pumpkin in which five Israeli soldiers were killed and eight more wounded. Friedman focuses on Avi’s commander Yohai, who

was on his way up to the trench during a barrage when shrapnel sheared off his nose and cut an artery in his neck. He got himself to one of the bunkers. There was a soldier at the doorway who just stared at him and froze, because Yohai was like their father, he was supposed to be taking care of them, but here he was scorched and stunned with his nose hanging by a piece of skin. Yohai walked past the soldier into the bunker and lay on one of the beds. He called for a medic and blacked out. The medics say he was flailing around so much they had to drug him just to get a tube in his mouth and keep him breathing until a helicopter could get in. They did a good job, so he’s alive today. He sends his regards.

Traumatic as this episode was, it was another incident—in which Hizballah had no involvement—that would hasten the end the war: a freak mid-air helicopter collision on the Israeli side of the border that left 73 of Avi’s “fellow philosophers and dissidents” dead. The collision—Friedman calls it a massive “self-inflicted wound”—serves as the book’s fulcrum, after which the narrative shifts from third to first person as Friedman’s own convoy rumbles into the security zone for the first time. Soon thereafter, his armored personnel carrier triggers a sophisticated improvised explosive device that narrowly misses killing all of its occupants.

As in the earlier sections, so in the later ones, much of this book’s rich texture derives from Friedman’s rare ability to capture these dramatic moments of coming under fire while rendering with equal vividness the everyday routines at the Pumpkin of drills, guard duty, and idle talk of soccer and alluring actresses. Sensitively reporting the wartime experiences of others, adroitly reflecting on his own, he also rewards the reader with deftly chosen snippets from the great military writers of World War I—in which his own ancestors fought—and healthy doses of Israel’s trademark brand of Jewish irony and sarcasm.

If this were all Friedman accomplished, it would have been enough. But his most important contribution in Pumpkinflowers may lie in identifying “his” war, itself, as a curtain-raiser for the outbreak of brutal, grinding carnage that has now come to engulf the whole Middle East. As he tells it, Hizballah’s strategy and tactics in that “forgotten little corner of a forgotten little war” presaged the insurgencies in Iraq and Afghanistan, the rise of Islamic State, and much more of the mayhem that has “reverberated with quiet force in our lives and in the life of our country and the world.”

When the IDF withdrew in 2000—first gradually, then hastily—Hizballah immediately claimed total victory. At the time, Friedman writes, “Lebanon still looked like the end of something bad, not the beginning of something worse.” But a very different evaluation was offered at the time by a senior Hizballah official who proclaimed that “what happened in Lebanon can be repeated in Palestine.” A few months later, as the second intifada erupted in the West Bank and Gaza, there was no doubting whose analysis was correct. Israel’s withdrawal had succeeded only in emboldening its enemies, and the Hizballah way of war was swiftly exported throughout the region and beyond.

In hindsight, then, does this make Israel’s entry into Lebanon and its campaign there a disastrous mistake? Or, if mistake there was, did it lie instead in Israel’s unseemly scramble to exit? Or both, or neither?

On these questions, Friedman seems unable to make up his mind. On the one hand, he fully recognizes that Hizballah, by its own admission, is “not merely an armed group that wishes to liberate a piece of land” but a terrorist fountainhead, in league with the apocalyptic mullahs of Iran, whose totalizing “vision and approach” aims at obliterating the Jewish state and its residents. Fighting them was therefore necessary, right, and just. As he put it in an interview about his book in the Times of Israel, “from the Pumpkin, if you looked south, you could actually see the northernmost houses in Israel. . . . We were preventing the bad guys from getting to those houses.”

On the other hand, Friedman goes so far as to argue that “by holding this hill and providing easy targets, we served the interests of our enemies.” In particular, Israel’s continuing presence in Lebanon redounded to the advantage of the Syrians, who were thereby enabled to “hit us through their pawns without risking their own army.” As for Hizballah’s chieftains, they “hoped to use their war against us to become the dominant power in Lebanon, which they went on to do with considerable skill.”

From so generally clear-eyed an author—see, for instance, Friedman’s bracing critique of the slippery moral relativism and anti-Israel bias of the Western press corps in the Middle East—such ambivalence, or equivocation, is something of a letdown. To be sure, the author of a book whose main aim is to capture individual experience is not obliged to present a comprehensive political-military analysis. But he might have suggested what Israel could have done differently, or concluded that it could have done nothing differently, or simply said it was wrong to go into Lebanon in the first place and/or wrong to leave when and as it did.

Or is such oscillation only to be expected from anyone hoping to make honest sense of the persistently murky situation in which Israel is forced to navigate? As Friedman says in the same Times of Israel interview, “I started to understand [in Lebanon] that things don’t work the way we want them to work, and that the Middle East does not respond to our dictates or desires.”

None of this, at any rate, should detract from Friedman’s extraordinary contribution in reliving a conflict that most Israelis, for better or worse, would rather not think about. Pumpkinflowers performs the invaluable service not only of explaining the unique challenges posed by the Lebanon war but of restoring the deserved honor of  courageous Israeli soldiers who over the course of almost two decades fought and died to protect their country’s northern towns from ruthless, genocidal aggressors.