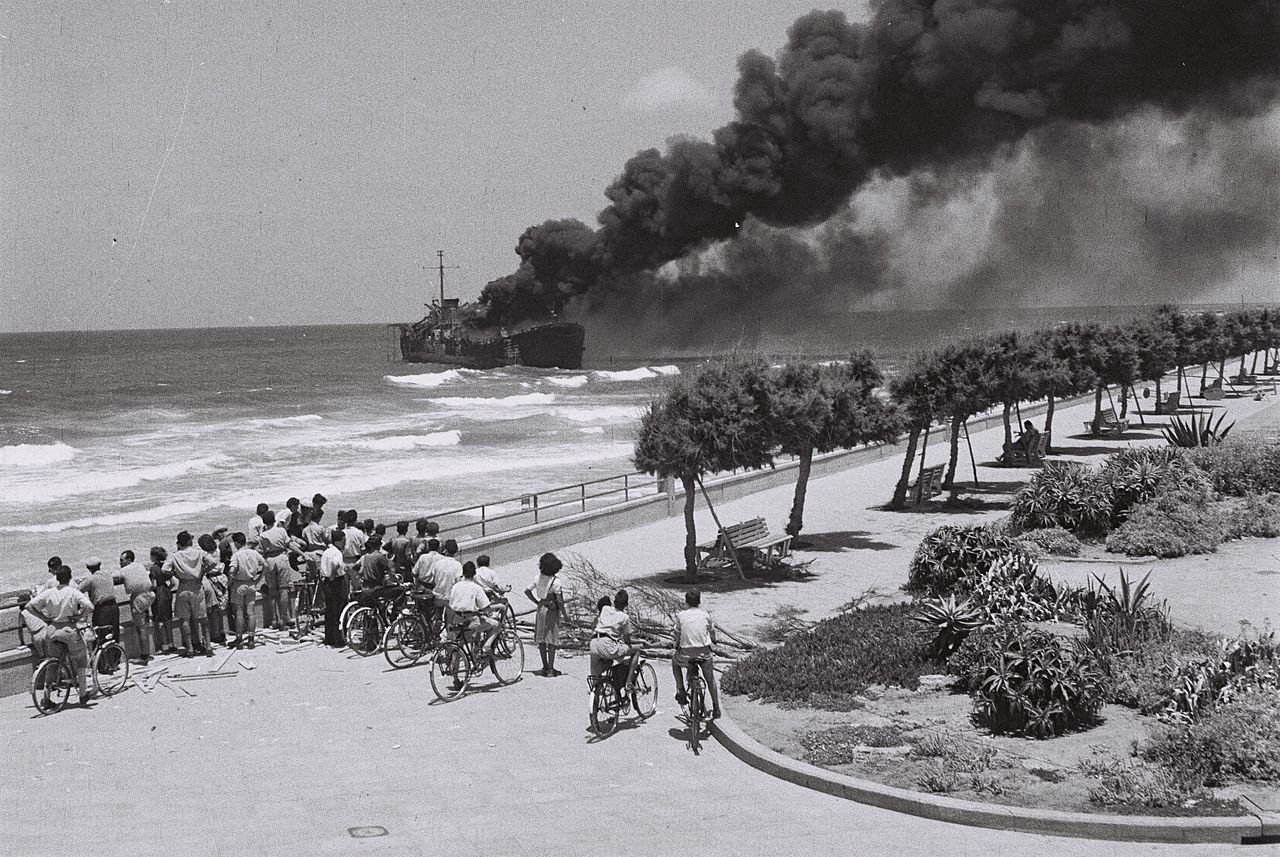 The Altalena on fire after being shelled near Tel Aviv in June 1948. Wikipedia.

For most of the period between 9/11 and Israel’s 2005 disengagement from Gaza I lived in Israel, the last couple of years in Jerusalem. By a series of coincidences, and because Israel is a very small country, I found myself working for Benzion Netanyahu, translating some of his old Hebrew articles for an English-language collection eventually published as The Founding Fathers of Zionism. Benzion was a historian of Spanish Jewry who, having failed to secure tenure at Hebrew University, had taught for years in the U.S. and subsequently published a biography of the late-medieval Spanish rabbi and courtier Don Isaac Abravanel and a monumental history, The Origins of the Inquisition in Fifteenth-Century Spain.