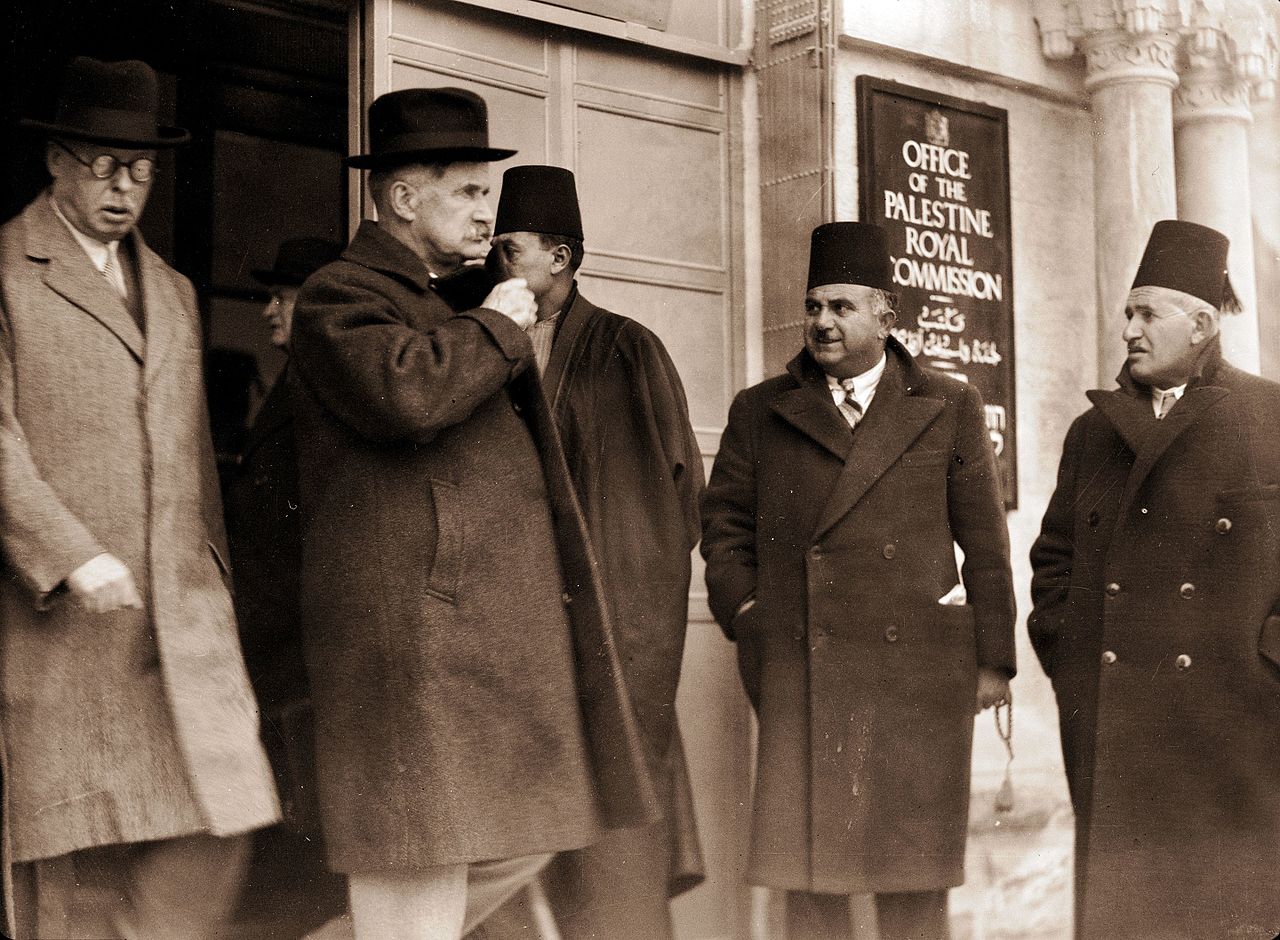 Lord Peel and Sir Horace Rumbold, chairman & vice chairman of the Palestine Royal Commission, after taking evidence from the Arab Higher Committee in Jerusalem in 1937. Library of Congress.

In this epochal year of Zionist anniversaries—the 120th of the First Zionist Conference in Basle, the 100th of the Balfour Declaration, the 70th of the 1947 UN Partition Resolution, the 50th of the Six-Day War—there is yet another to be marked: the 80th anniversary of the 1937 British Peel Commission Report, which first proposed a “two-state solution” for Palestine.