The Famous Israeli Accent, and How It Came About

“I em verry heppy to mit you end yourr femily in yourr hawm.” 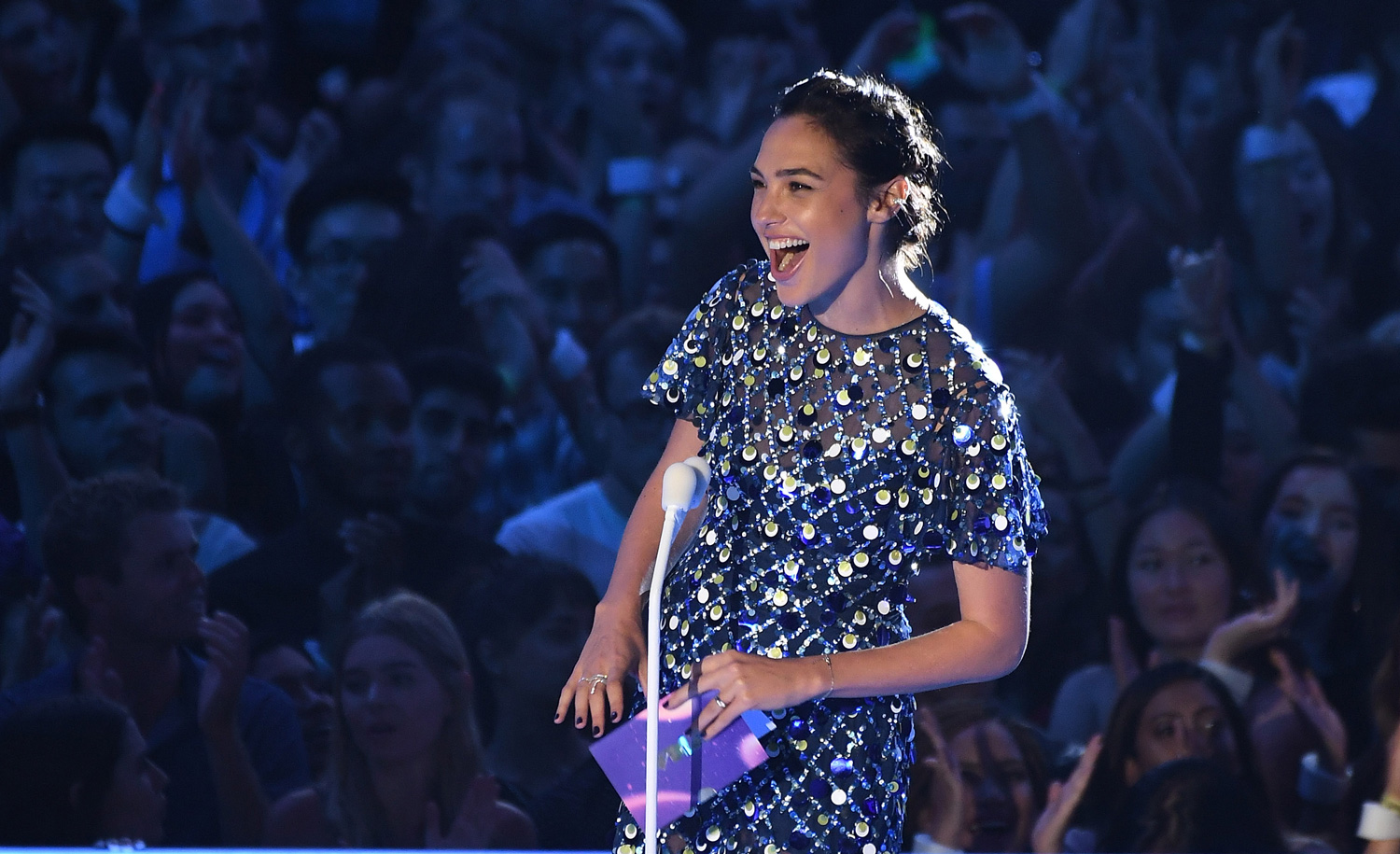 Like so many of my generation, I grew up hearing English spoken with thick Yiddish accents. Perhaps the naturalness of that experience didn’t compel me to think about the formation of those accents. On the other hand, I’ve wondered many times about the formation of the characteristic Israeli accent. It’s fascinating: a revived language that catches hold among a growing number of immigrants a little over a century ago developed its own unique, and as far as my ear can tell, universal set of sounds.

My question for you is twofold. First, how did this accent come about? And second, other than speakers of Hebrew as a second language—I can generally tell, for instance, when a Hebrew speaker is a native American—are there regional variations of Hebrew pronunciation within Israel?

It isn’t quite clear if Rabbi Cohen is asking about the characteristic accent of Israelis when speaking Hebrew or when speaking English. Since the two things are closely connected, however, it hardly matters.

After all, when we speak a foreign language, our accent is determined by the sounds that our native language does or doesn’t have. If Americans tend to pronounce the French word tu (the familiar form of “you”) as a slack-lipped “too” rather than as a sound midway between an “ee” and an “oo” that is made by tightly rounding the lips, that’s because American English has no such phoneme and American mouths are unused to forming it. Germans, contrastingly, have no trouble with the French “u” because their own “ü,” as in a word like über, “over,” is very similar. They do, however, have to struggle with an “s” at the start of a French word like soleil, “sun,” because words in German may start with a “z”-sound but never with a sibilant “s.”

Foreign accents range from heavy to moderate to light to barely distinguishable according to a speaker’s knowledge of the language in question and his or her mimetic talents. It’s possible to speak French well with a thick American accent, and conversely, to know only a few French words and pronounce them like a Parisian. Although Gal Gadot, of Wonder Woman fame, has been complimented on her “charming Israeli accent,” that accent is so light as to have almost nothing detectably Israeli about it; one can tell that English was not Gadot’s first language, but not what her first language was.

By contrast, the Israeli accent that Rabbi Cohen is asking about is the heavy type. What are its main characteristics?

One can point to several, the most prominent being the Israeli resh or “r.” This consonant is articulated at the back of the mouth (or, if one prefers, at the top of the throat) by a slight vibration or trill of the uvula. Differing from the untrilled uvular French “r” by being softer and less raspy-sounding, it closely resembles the “r” heard in most parts of Germany; if you can say schrecklich or Rauber with a proper German accent, you have already mastered it. (A good way to test yourself is by uttering the Hebrew phrase ha-tsratsar ha-sh’ḥarḥar ha-ktsartsar, “the short black cricket,” without choking on the words.) The flat American “r,” produced by raising the rear of the tongue to make contact with the back upper teeth, does not come easily to Hebrew speakers.

Although Hebrew, like most European languages, lacks the voiced and unvoiced “th”-sounds of English, Israelis don’t seem to find them as difficult as do many French and Germans and don’t typically say, even when their accent is heavy, “Ze sick book” or “Ze sin man.” Nor do they have a problem with the English “w”; though the Hebrew alphabet has no such consonant, Israeli slang does. They often do stumble, though, on English vowels. Because Hebrew has no vowel like the “a” in English “bad,” many Israelis say “bed” instead. Because in a word like tov, “good,” they front the “o” while contracting their mouth, their pronunciation of “code” will sound skewed toward “cawed.” And because Israeli Hebrew doesn’t have an “i” like that of “hit,” this word will, spoken by some Israelis, sound a bit like “heat.” Paradoxically, though, because Israeli vowels are shorter in length than American ones, “heat” will also sound a bit like “hit.”

And so, if you have a thick Israeli accent and have been invited to a Thanksgiving dinner, you might say what would sound to your host like, “I em verry heppy to mit you end yourr femily in yourr hawm.” Although this accent is, as Rabbi Cohen says, unique, it isn’t terribly different from a Yiddish one. Nor is that surprising: the population that took to reviving spoken Hebrew in Palestine in the first decade of the 20th century was composed largely, though not entirely, of native Yiddish speakers. While one commonly speaks of the “Sephardi” nature of Israeli Hebrew as opposed to the Ashkenazi Hebrew of Yiddish-speaking Eastern Europe, that statement needs to be qualified.

It is true that, as a result of Ashkenazi and non-Ashkenazi contact in Palestine, certain sounds in Ashekenazi Hebrew were replaced in revived Palestinian Hebrew by sounds used by the Jews of southern Europe and the Middle East: the final “s” in many words became “t,” the kamats or Ashkenazi “aw”-vowel became “ah,” the syllabic stress moved to the end of the word, and so forth.

Thus, for example, Ashkenazi tóyre or téyre (Torah) became proto-Israeli toráh, Ashkenazi shábbes became shabbát, and Ashkenazi rosh hashóneh became rosh hashanáh. And yet at the same time, none of these changes involved sounds that were foreign to Yiddish or not easily pronounceable by Yiddish speakers. Indeed, whenever such sounds existed, such as the guttural ayin and ḥet of Jews from Arabic-speaking countries, they were ultimately rejected by revived Hebrew even though some of its ideologues sought to adopt them because they were held to be truer to the phonetics of the language in ancient times.

The Israeli resh is a good case in point. Nowhere in the non-Ashkenazi world—that is, among the Jews of Italy, the Ladino-speaking communities of Greece, the Balkans, and Turkey, and the Jews of the Arab Middle East—was there such an “r”-sound. In all of these areas, the resh was pronounced with a lingual tap or trill such as is found in Italian, Spanish, and Arabic. The uvular resh wasn’t ubiquitous in East-European Yiddish, either; while all but universal among the Jews of Lithuania, Poland, Rumania, and the Ukraine, it yielded to a lingual resh in Belarus and Russia. Exactly why it triumphed in revived Hebrew is hard to say. Possibly, this did not happen until the 1920s, when large numbers of Polish Jewish immigrants began arriving in Palestine, but I know of no linguistic evidence to bear out that supposition.

As for Rabbi Cohen’s second question, about regional variations within Israeli Hebrew, there are, apart from a very small number of vocabulary items, none to speak of. Israel is too small a country, and revived Hebrew is too recent a language, for such variations to have developed, especially in an age of mass media like newspapers, radio, and television that work to standardize language.

There are, however, class variations, linked to economic and educational levels and, to a considerable extent, ethnic background (often a determinant of such levels). A “lower-class Hebrew,” while the same in Haifa as in Beersheba, exists all over Israel, and is more common among speakers whose families immigrated from the Middle East rather than from Europe.

But that is a subject for another column.

The Famous Israeli Accent, and How It Came About