When American Jews Fought over the Balfour Declaration

Despite everything that has changed, today’s internal Jewish divisions eerily echo those from exactly a century ago. 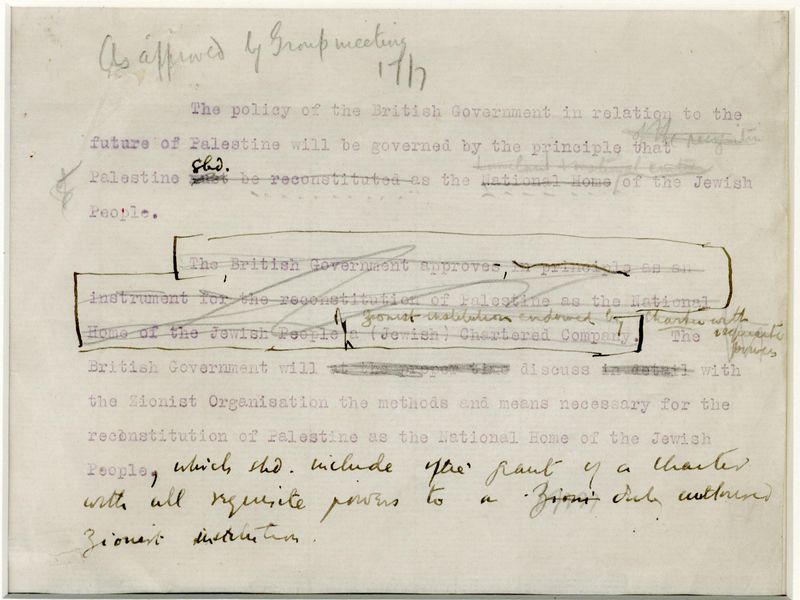 A draft of the Balfour Declaration, 1917. Smithsonian.

One-hundred years ago, Rosh Hashanah came early, just as this year. On the eve of the holy day—September 5, 1918—the New York Times published the text of a letter from President Woodrow Wilson to Stephen S. Wise, a prominent Reform rabbi who also served as vice-president of the Zionist Organization of America. In the letter, the president effectively announced his approval of the November 1917 Balfour Declaration, in which the British government had expressed its history-changing commitment to “the establishment in Palestine of a national home for the Jewish people.”

When American Jews Fought over the Balfour Declaration