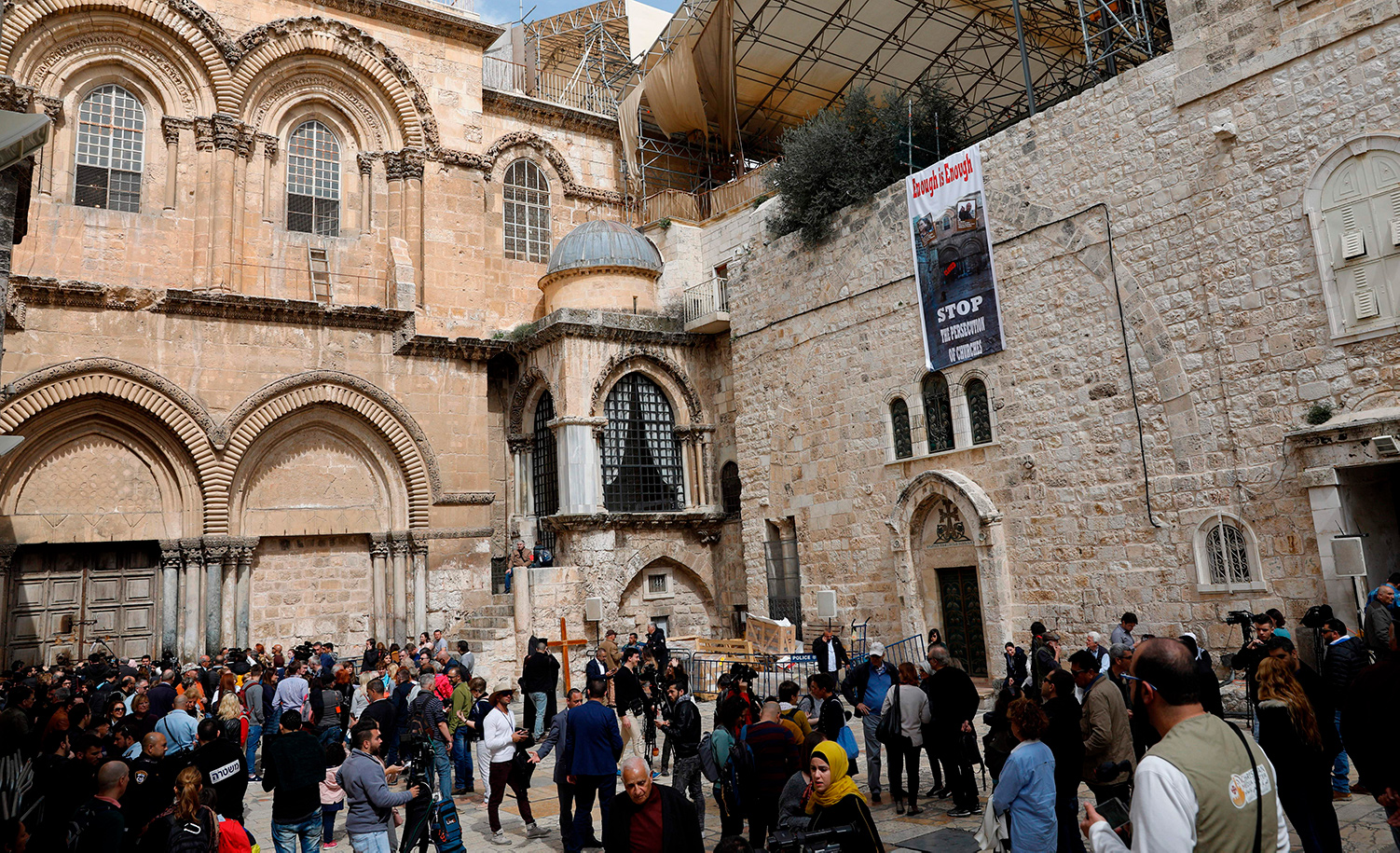 Journalists and pilgrims gather in the yard of the Church of the Holy Sepulchre in Jerusalem’s Old City on February 25, 2018. GALI TIBBON/AFP/Getty Images.

In June 1984, A.M. Rosenthal, executive editor of the New York Times, transferred Thomas Friedman from his assignment as a foreign correspondent in Lebanon to the position of Jerusalem bureau chief in Israel. According to Friedman’s recollection, Rosenthal chose him with a specific purpose in mind: “to dispense with an old unwritten rule at the New York Times of never allowing a Jew to report from Jerusalem.” That “unwritten rule” was based on the notion that Jews would be incapable of reporting objectively on their own people in their historic homeland.