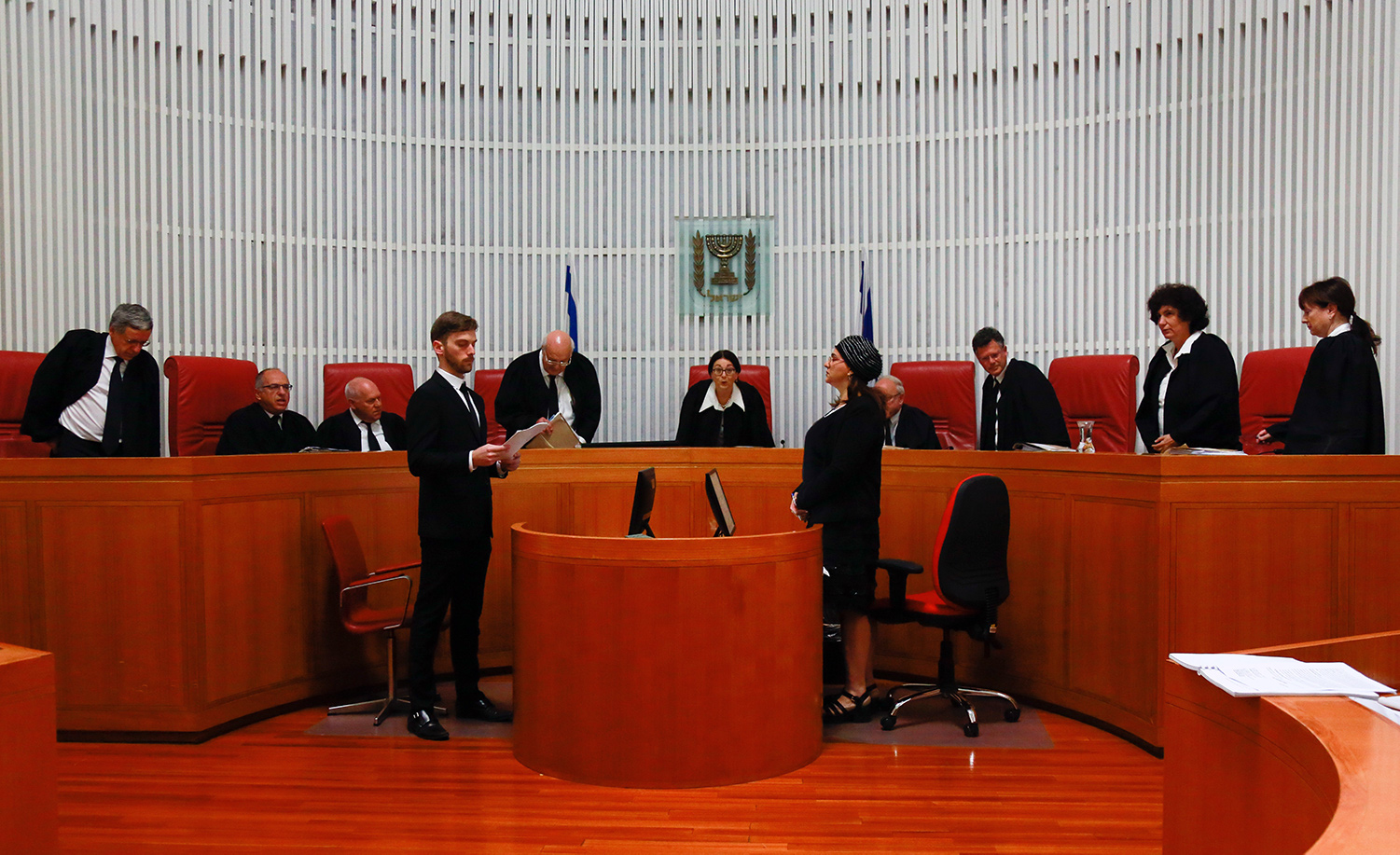 Supreme Court President Esther Hayut and other Supreme Court justices arrive for a hearing at the Supreme Court in Jerusalem on June 3, 2018. Yonatan Sindel/Flash90.
For more than a half-century, public debate in Israel has been dominated by two large sets of issues: externally, how to work for peace while maintaining maximum security; domestically, how to navigate the relationship between religion and state. But when it came to social and economic policy, debate gave way to across-the-board consensus: for decades, it was taken largely for granted that welfare-state economics and heavy government regulation made up the sine qua non of the good society.