The Israeli actress recently released “Gal Gadot Teaches You Hebrew Slang,” a short video from Vanity Fair. She turns out not to be such a good teacher, but it doesn’t matter much. 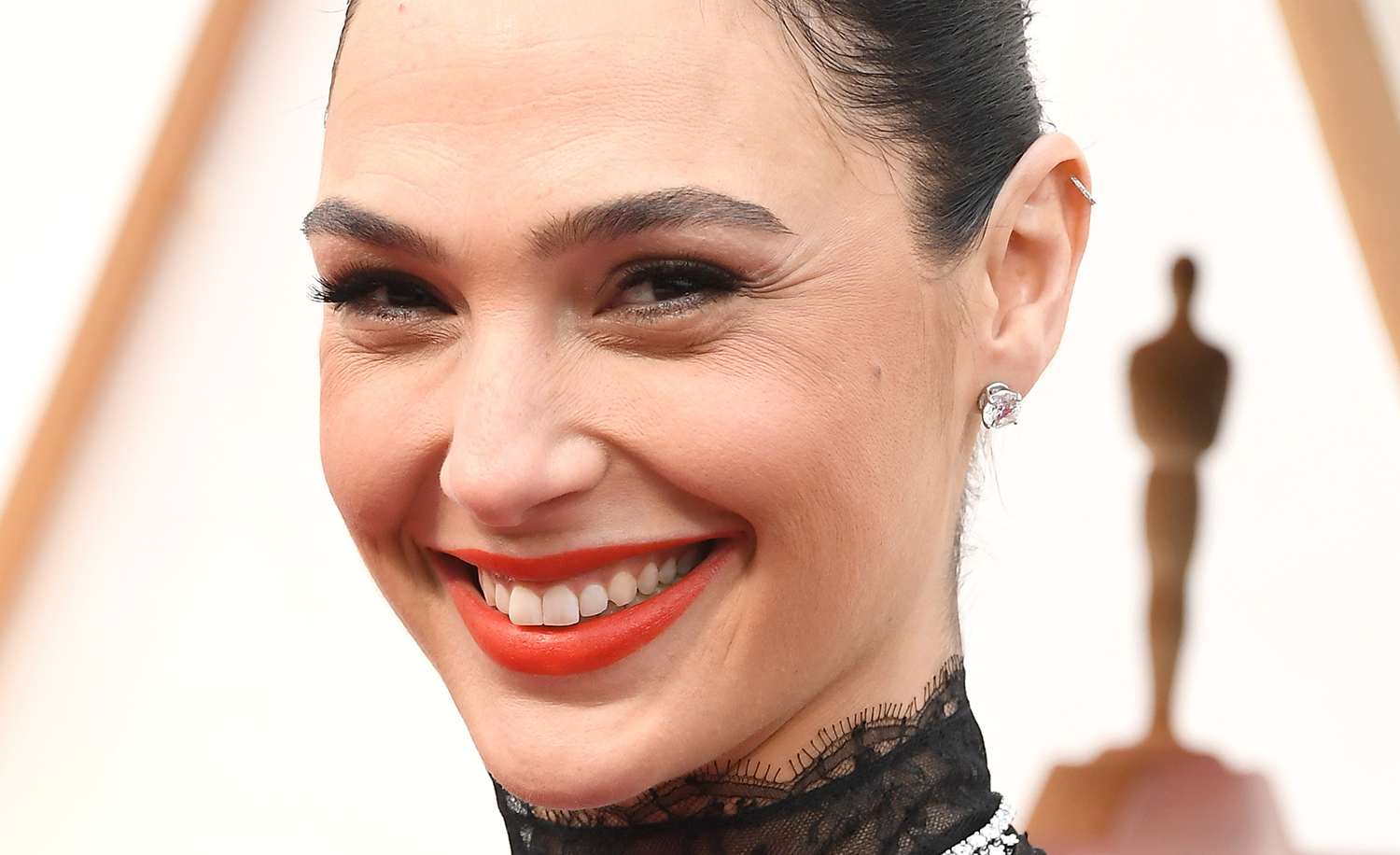 “I hope I’m being a good teacher,” Israel’s Wonder Woman says to the camera in the course of a five-minute video clip released last month by Vanity Fair, on whose November cover she appears. Alas, as you can see by viewing “Gal Gadot Teaches You Hebrew Slang,” she’s not a very good teacher at all. But who cares? You couldn’t learn much Hebrew slang in five minutes if you were taught by a computer chip in your brain. Why begrudge Gal Gadot and Hebrew some harmless PR?

In all fairness, Gadot might have been a better teacher had she had time to plan her lesson, which gives the impression of having been squeezed without warning between a session with her Hollywood agent and another with her personal trainer. Over a dozen times, she is handed a slate with an Israeli slang term and asked for an impromptu comment on it. You can’t really blame her for staring at one of these words, ḥavlaz, and saying, “Okay. Ḥavlaz is a shortened form to say [sic] ḥaval al ha-z’man . . . uh . . . which means, waste of time, . . . but in a good way. When something is ḥaval al ha-z’man it’s . . . ḥaval al ha-z’man. You wouldn’t believe how incredible this thing is. It’s . . . you . . . yeah, . . . ḥaval al ha-z’man.”

Ḥaval al ha-z’man does indeed mean something along the lines of “It’s incredible.” You can’t reasonably expect Gadot to have explained 1) that portmanteau words like ḥavlaz, while relatively rare in English (like “motel” for “motor hotel”), are extremely common in Hebrew and a heritage from rabbinic tradition in secular Israeli speech; and 2) that the reason “it’s a waste of time” (ḥaval al ha-z’man literally means “it’s a shame for the [lost] time”) came to mean what it now does is that, sometime back in the 1990s, it took on the sense of “It’s a waste of time to try telling you about it”—that is, “You’ll have to take my word for it, because I don’t have the superlatives with which to describe it.”

That’s not for a five-minute video clip, of which Gadot had barely twenty seconds for the second expression on the slate. To this her reaction was:

Since Gadot laughs a lot and easily (and sometimes nervously), one can’t be sure what made her laugh in this case. Perhaps she thought of the old Israeli joke on which the expression paráh-paráh is based. In it, a young bull and an old bull stand looking at a herd of cows. “I say we have a go at them all,” says the young bull. “And I,” replies the old bull, “say we do it one cow at a time.” In Hebrew, the formula “x by x” (e.g., “step by step,” “day by day,” “cow by cow,” etc.) is expressed by “x-x” with no intervening word for “by.” Paráh-paráh.

A bit of explanation might also have helped to contextualize Expression 11 on the slate, shtuyot b’mits, which Gadot explains as meaning “crap in juice.” Although mits does mean juice, shtuyot is nonsense, not crap; the idiom is a translation of the German Quatsch mit Sosse, “nonsense with sauce,” which was brought to Palestine in the 1930s by German Jewish immigrants. Not speaking Hebrew very well, they translated Sosse as mits, with the result that other Hebrew speakers took the idiom to refer to a cocktail of nonsense and fruit juice. And since shtuyot rhymes with agvaniyot, “tomatoes,” the expression was playfully transformed into shtuyot b’mits agvaniyot, “nonsense in tomato juice,” which is the form in which you’ll still hear it from many Israelis. “Crap in juice” sounds harsh. “You’re talking shtuyot b’mits agvaniyot” is something you can say cheerfully to a five-year-old.

A great deal of contemporary Israeli slang consists of borrowings from other languages. There is no reason why Gadot should have had to point out that tákhlis, Word 6 on her list, comes from Yiddish (which in turn took it from Hebrew takhlít), or that Word 8, esh, “fire,” not only functions, when a slang term, like American “fire” but comes from it. Yet yallah, Word 7, is something else. A contraction of Arabic ya Allah (meaning “let’s go,” or “hurry up”), it is even more ubiquitous among Palestinian Arabs than it is among the Israeli Jews who borrowed it from them, and given the political sensitivities involved, Gadot might have mentioned this. Hummus and falafel have long been genuinely Israeli dishes, but one can understand Palestinian resentment at Jews taking the credit for them. There’s no need to add yallah to the list.

Some of Gadot’s explanations are plain inaccurate. Expression 5, pa’am shlishit, glidah, “third time, ice cream,” is not, as she says, the same as “third time’s a charm.” The latter means that after failing at something twice, a third attempt brings better luck. The Hebrew expression is used when running into a friend or acquaintance more than once within a short space of time, and it comes in two versions. In the first, you and your friend have met a second time, in which case pa’am shlishit, glidah means, “If we meet again today, I’ll buy you [or “you’ll have to buy me”] ice cream.” In the second version, you already have met a third time and are saying, “I owe you [or “you owe me”] ice cream.”

Yet it’s for Expression 12 that Gadot really owes Hebrew an apology. “When something is orés, it’s amazing, it’s unbelievable,” she says holding up her slate, which says “ores” in Latin characters but הורס or “hores,” in Hebrew ones. What’s going on?

What’s going on is that some Israelis, particularly uneducated ones, tend to drop, Cockney-style, the initial “h” of words, so that hores indeed becomes “ores”—and as Gadot illustrates, this sometimes happens with educated Israelis as well. That’s fine. If she wants to sound street-talky, she’s welcome to the affectation. But to teach it to her students without letting them know? Ma pit’om? (See Expression 10). Which doesn’t, by the way, mean only “No way” or “What are you talking about?” It can also have the sense of “Since when?” as in the sentence, “Since when is Vanity Fair an authority on Hebrew slang?”