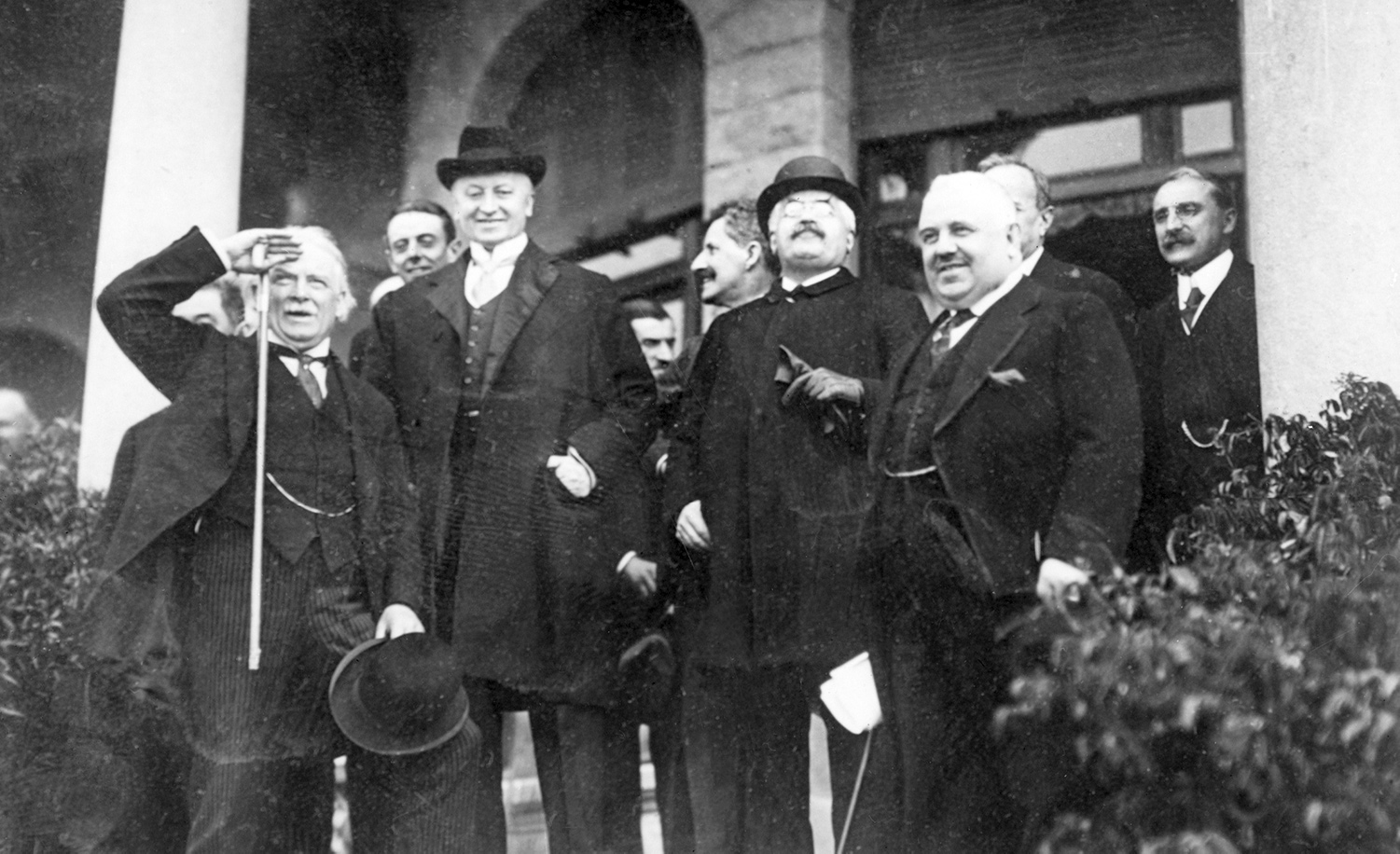 Prime Minister Lloyd George and Earl Curzon of the United Kingdom, Prime Minister Alexander Millerand of France, and Prime Minister Francesco Nitti of Italy at the League of Nations Peace Treaty Conference in San Remo on May 13, 1920. Getty.

Three years ago this month, Israel marked not one but two major anniversaries: the centennial of the Balfour Declaration, announcing British support for a Jewish national home in Palestine (November 2, 1917), and 70 years since the UN General Assembly partition resolution calling for separate Jewish and Arab states in Palestine (November 29, 1947). Both are widely recognized as landmarks on the road to Israeli independence.