In Latin America’s largest nation, Christian evangelicals are a political force. They love Israel, and currently have a president who does too. What’s holding Brazil back? 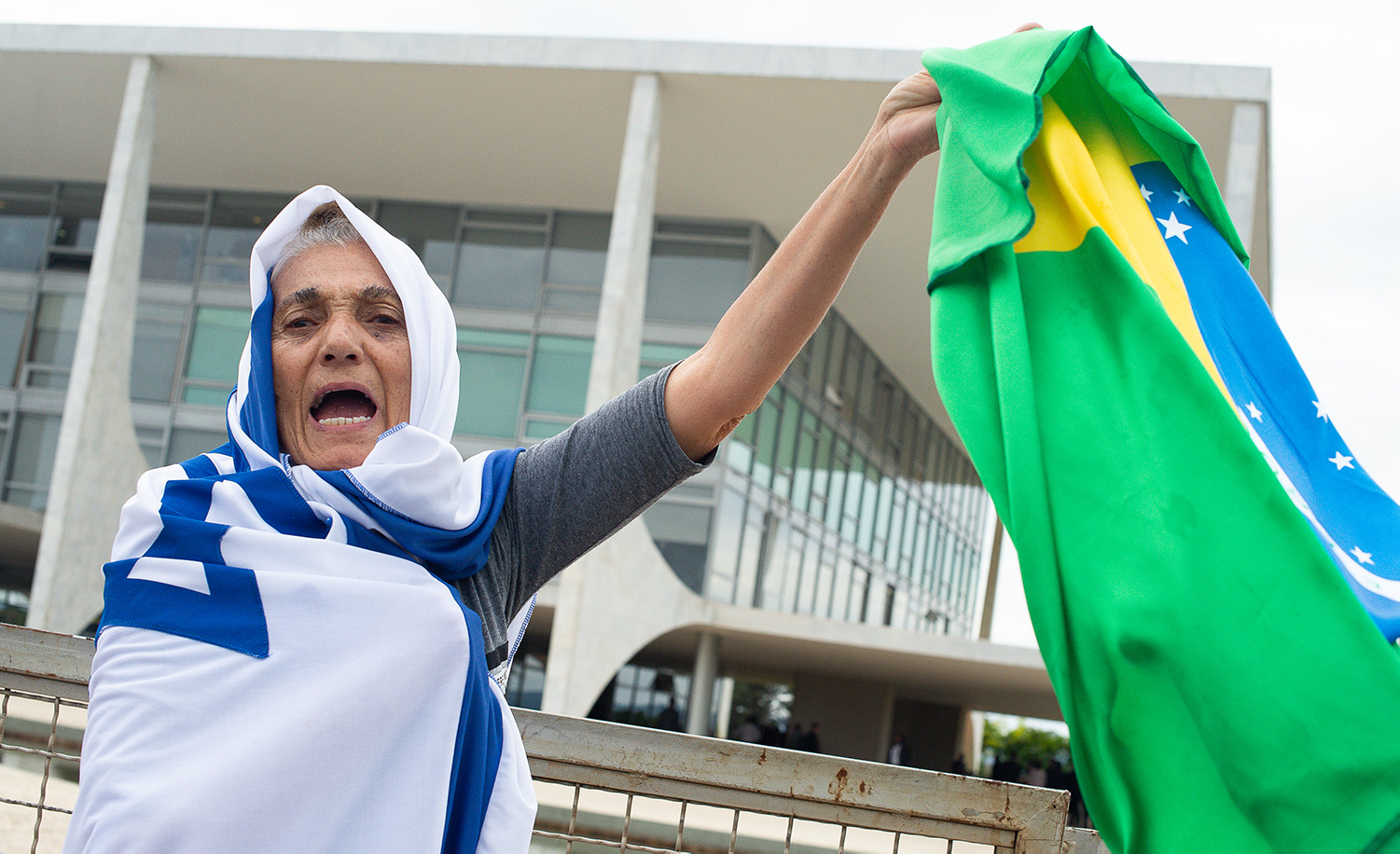 A Brazilian woman wrapped in Israel’s flag while holding the Brazilian flag in her hand on May 7, 2020 in Brasilia. Andressa Anholete/Getty Images.

Observation
Igor Sabino
About the author


Igor Sabino, a Brazilian native, is a Ph.D. candidate in political science at the Federal University of Pernambuco, where his research focuses on religion and international relations.

Jair Bolsonaro’s unexpected election to the Brazilian presidency in 2018 appeared to herald a major reorientation of the country’s foreign policy. A self-styled nationalist inspired by Donald Trump, Bolsonaro has associated himself with the American president’s former advisor Steve Bannon, the philosopher Olavo de Carvalho, and the political scientist Filipe Martins (currently a counselor to the Brazilian president on international relations)—all of whom see Israel as a model of successful nationalism. To them, the Jewish state is to be emulated for standing up to the “globalism” and “imperialism” of the United Nations and other international institutions which they see as engaged in the destruction of the Judeo-Christian roots of Western civilization. In parallel, pundits and professors have lumped together Bolsonaro, Trump, and Benjamin Netanyahu, along with a disparate group of other leaders, as examples of the supposed rise of right-wing populists.

Podcast: Judah Ari Gross on Why Israel and Morocco Came to a New Defense Agreement

How America Lost Its Leverage on Iran