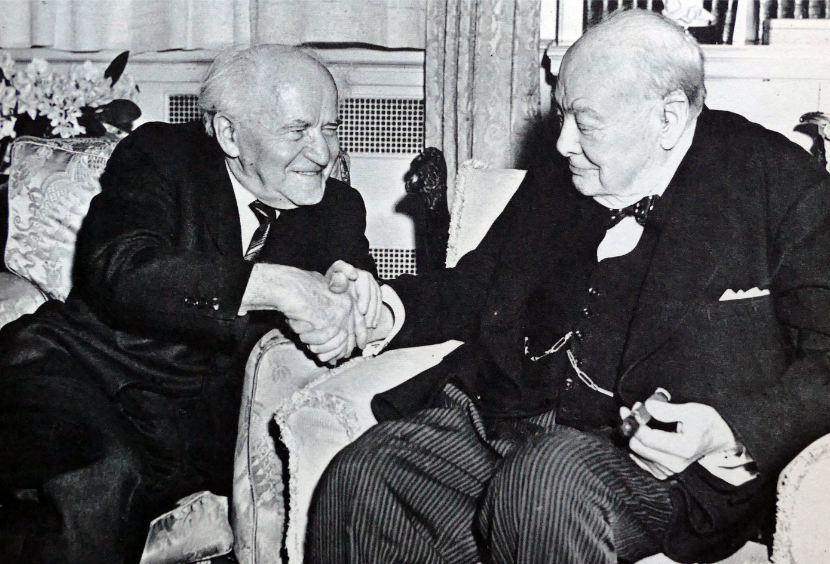 For much of its history, the Jewish people hasn’t had a state. The Israel described in the Hebrew Bible had emissaries and military power, and the modern state of Israel has a foreign ministry and an advanced military, yet there are nearly 2,000 years of stateless history in between. Throughout that time, however, Jewish diplomacy has been constant. Even without a state, the Jewish people has integrated, separated, argued, and made amends with the other nations of the world. And, as a new book shows, there is much to be learned from that long experience today, in the state of Israel and out.

On this week’s podcast, Mosaic’s editor Jonathan Silver speaks with Emmanuel Navon, the author of The Star and the Scepter: A Diplomatic History of Israel. Navon puts Israel’s diplomatic history in the context of the entire history of the Jews, beginning with the Hebrew Bible. In doing so, he and Silver try to dig up some eternal truths about the nature of the Jewish people.

Jacob received the name “Israel” only after he proved his willingness and ability to use force in the real world against the angel that assaulted him before his meeting with his brother Esau. The reason for that, I think, is that Jacob and Esau were twin brothers, and neither individually was really able fully to take on the spiritual inheritance of Abraham and Isaac. Why? Because Jacob was all about spirituality without power; Esau was all about power and physical strength without spirituality.

It’s only when Jacob fights for himself in the real world that he receives the name “Israel.” And yet, the Hebrew Bible continues to use both names throughout, both Jacob and Israel. That’s unique because there are other cases of patriarchs and matriarchs who change their names―Abram becomes Abraham and Sarai becomes Sarah―but then that’s it, the name change is final. In the case of Jacob and Israel, it’s not really final, as both names keep being used by the biblical text. My understanding is that Jacob never fully internalized the fact that he had to find a balance between spirituality and strength, and therefore his name keeps going back and forth.

Then what I’ve also learned from looking through the Hebrew Bible and through 3,000 years of diplomatic history is that the Jewish people has not always been successful in finding this balance between its spiritual identity on the one hand and its need and willingness to adapt to the real world and fight for its religious identity on the other hand. It’s only when the Jews were able to find this delicate balance that they were successful.