The Israeli intellectual joins us to explain his country’s newest conversion controversy, and the underlying tensions it illuminates within Israeli public life. 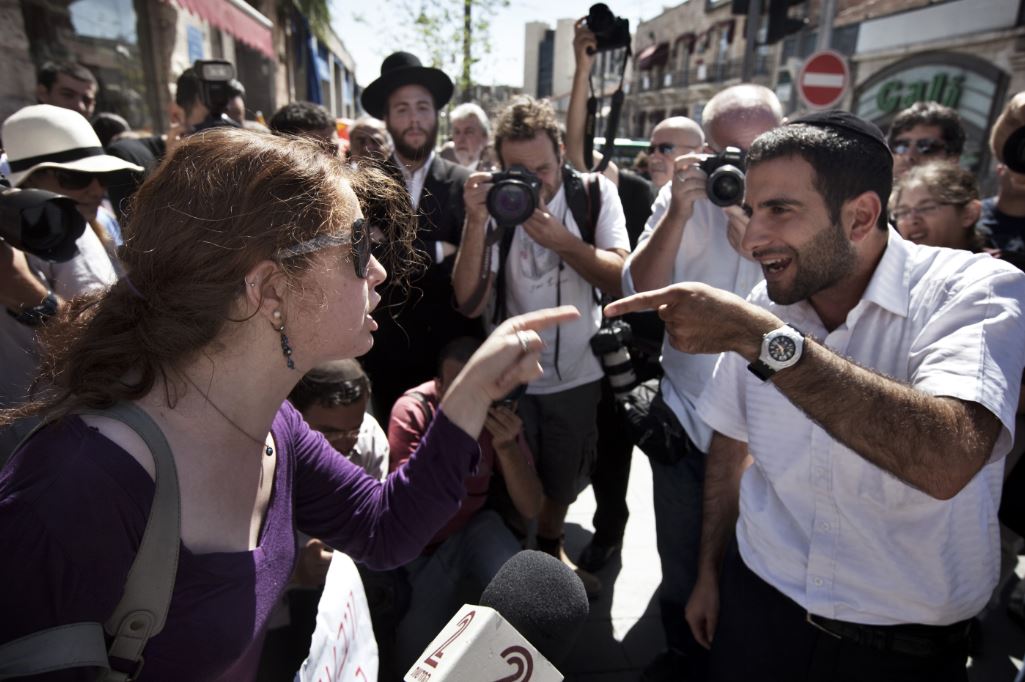 A left-wing protester argues with a ḥaredi man during protest on September 29, 2010, in the Meah Shearim neighborhood of Jerusalem, Israel. Menahem Kahana/AFP via Getty Images.

Observation
Daniel Gordis and Tikvah Podcast at Mosaic
About the authors

Last week, Israel’s Supreme Court announced that, for the purpose of Israeli citizenship, the state will recognize conversions to Judaism that take place within Israel under the auspices of the Reform and Conservative movements. This move ends the Orthodox rabbinate’s exclusive jurisdiction over internal conversions as they relate to citizenship, though not to other domains of religious life like marriage and burial. Though the ruling itself doesn’t affect many people, it is seen as a monumental shift in Israeli society. Why?

To answer that question, and to illuminate the many tensions in Israeli life that the court’s ruling lays bare, the American-Israeli writer Daniel Gordis joins Mosaic‘s editor Jonathan Silver for this episode of our podcast. Together the two examine what the ruling really says, why it happened now, and what it could mean for Israel’s connection to the Diaspora, as well as for the role of Jewish law in public life and for the ongoing political fight over the role of the judiciary.

What you find is that the greater the Jewish scholarship is, the more a person feels comfortable finding flexibility in the law to be able to embrace someone who wants to join the Jewish people. We saw this with Rabbi Herzog, who was chief rabbi of Israel at the founding of the state. He was asked a fascinating question where someone said, “there are people who are intermarried in Europe and they saved their Jewish spouse; they hid them, they did whatever they had to do. And now they want to come to Israel, and they’re willing to convert. Can I convert them?” It’s clearly not a conversion “for the sake of heaven,” which is the phrase they use, l’shem shamayim, because it’s part of a marriage. They have a clear agenda and reason for wanting to convert, other than being entirely theologically motivated.

So the question gets asked of Rabbi Herzog, can they be converted? And what he says is really very interesting. He says if they’re living in a land in which they can’t stay, for whatever reason they can’t stay there, then there really is an ulterior motive for them to want to come to Israel and convert, and he says he can’t allow that. And they’re obviously not going to be observant, because the Jew who married them intermarried, so how observant is that Jew in the first place? But he says if they are people who could stay wherever they are, but they want to embrace the Jewish people in its land, they want to come to Israel and live as part of the Jewish people in Israel, “I’m going to call that l’shem shamayim, I’m going to call that ‘for the sake of heaven.’” What you see there is a person of unparalleled learning who is willing to be creative and thoughtful about what it means to embrace the Jewish people and he’s willing to go a little bit outside of the classic halakhic bounds, which the ḥaredi world is never willing to do.