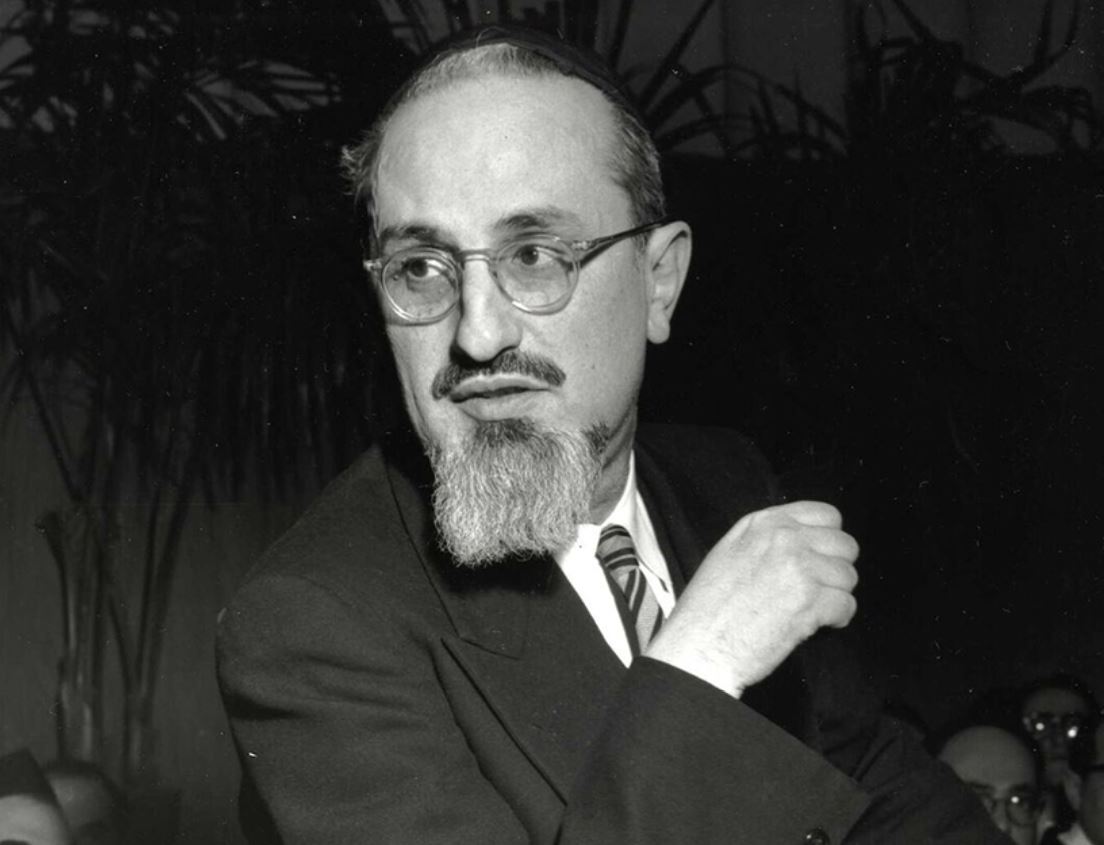 This week marks the yahrzeit, the annual remembrance, of the passing of one of the outstanding sages of 20th-century Judaism, and perhaps the key intellectual figure of Modern Orthodoxy in America, Rabbi Joseph B. Soloveitchik. This week’s podcast looks back on a speech he delivered before a rapt audience on Israel’s Independence Day in 1956, during the tense days leading up to the Suez Crisis. It was titled in Hebrew “Kol Dodi Dofek” or “Hark, My Beloved Knocks,” a line from the Song of Songs, which will be chanted in synagogues across the world this Shabbat.

A few years ago, the distinguished scholar and rabbi Jacob J. Schacter of Yeshiva University joined Mosaic’s editor Jonathan Silver for a discussion of Soloveitchik’s speech, which was later published as a short book entitled Fate and Destiny. In this discussion, Schacter describes the dramatic history behind Soloveitchik’s address and guides us through the “six knocks” that to him demonstrated God’s involvement in the creation of Israel. In the process, he also discusses Soloveitchik’s attitude toward suffering, messianism, and secular Zionism.

The Holocaust is looming large here. National suffering is looming large here. The question that Rabbi Soloveitchik addresses about personal suffering is a way, I believe, to get at the larger issue of the Holocaust without feeling constrained, or it being necessary to take a theological position on the larger question of the Holocaust. For me, it’s always been interesting that Rabbi Soloveitchik did not develop a theological response to the Holocaust. And so I believe he begins with the individual. For him the individual was always important. It’s even more important to focus on the individual than it is to focus on God, that’s his whole point here at the beginning of this essay. The focus is on the individual and what am I supposed to do.

And so he starts with this indirect way of dealing with the Holocaust to establish a fundamental principle, and that is: don’t ask why God did it (which is what many people were asking in the larger national context of the Second World War). I don’t know why God did it. I’ll never know why God did it. In a sense it’s a futile question. I need to know what I’m supposed to do about it. It happened for whatever reason, so now what am I going to do?

I think it was safer for him to frame it in the context of the individual rather than the nation, and to extrapolate the fundamental answer that will become absolutely crystal clear. That is, the answer that’s relevant to the nation. Now Israel is in trouble. I don’t know why God created Nasser who wants to destroy Israel, and I don’t know why God created Hitler―I don’t know. I don’t know anything. But what am I supposed to do about it? How am I supposed to react, not why. And the answer is: you have an obligation to defend Israel and to recognize why Israel is so important for you.