Podcast: Benjamin Haddad on Why Europe Is Becoming More Pro-Israel

After harshly criticizing the Jewish state for decades, Europe seems to be tilting towards Israel and away from the Palestinians. Why? 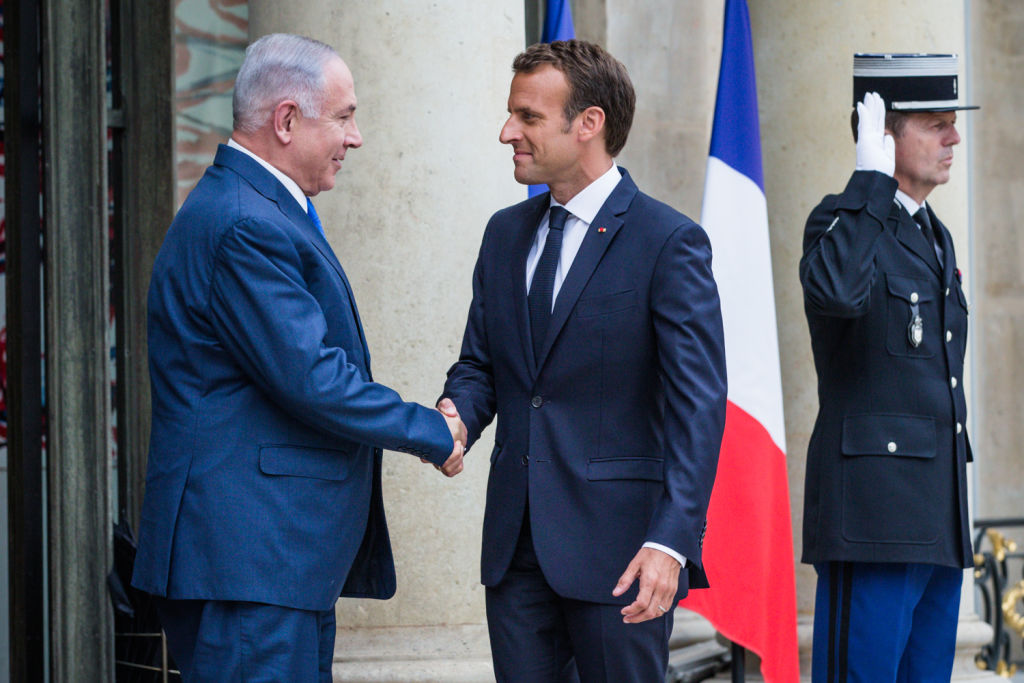 Observation
Benjamin Haddad and Tikvah Podcast at Mosaic
About the authors

Among European diplomats and public figures in the 1990s, it was universally believed that the conflict between Israel and the Palestinians was the central key to understanding the Middle East. It was their view that until Israel made peace with the Palestinians and enacted a two-state solution, the region would remain in constant chaos, a view that made Israel the subject of much European opprobrium. Since then, even through the second intifada and multiple wars with Hamas, Israel remains in largely the same position with the Palestinians as it was two decades ago. The broader Middle East, however, has changed dramatically, with direct results for European security. Europe has endured countless Islamist terror attacks and has seen a refugee crisis in Syria bring numerous migrants to its borders, redrawing the fault lines of its politics.

In light of all of this, are European leaders finally changing their views of the Jewish state? This week’s podcast guest, Benjamin Haddad, the director of the Future Europe Initiative at the Atlantic Council in Washington, DC, thinks that many are. In a recent essay, Haddad argues that the reaction of leaders across Europe to Israel’s recent confrontation with Hamas revealed a significant shift in European thinking about the Jewish state. In conversation with Mosaic’s editor Jonathan Silver, he explains the change he’s seeing, and why it’s happening now.

Europeans don’t think enough about threats and foreign-policy challenges. I think for a long time there was this hope and sense that Europe was sort of out of history, that it was its own little bubble in a world of chaos and violence, and that maybe sooner or later the rest of the world would catch up with the European model of reconciliation that, to be fair, has been extraordinarily successful in Europe for Europeans. But that is clearly I think today disconnected from the way the rest of the world operates and thinks, and in a way the world has even gone in a different direction in the last fifteen years, so that’s a reality which Europeans are very slowly awakening to, and realizing that they do still live in a world of threats.

How Europeans and Israelis think about the lessons of World War II, think about the lessons of the Holocaust, I think really explains a lot of the historical misunderstandings or differences between the EU and Israel. For Jews, and certainly for Israelis and Zionists, the main lesson of World War II is never again powerlessness. Never again will we let anyone else decide our fate instead of us. And so the logical conclusion drawn from this is to have a strong nation-state with a strong army with defensible borders. For Europeans, the lesson of World War II is never again war among ourselves. Never again do we want strong nationalism, xenophobia, wars. We want open borders, we want cooperation, we want integration within a broader European organization. In a way, these are two very legitimate answers to the same problem coming obviously from very different perspectives.

I think progressively Europeans now are also realizing a little bit the limits of this, and realizing that even though they need to cooperate and be integrated, they still need to have the ability to respond to threats within their environment. That’s been a lesson of the last few years with terror attacks, with migration waves, with conflicts in Libya and Syria and elsewhere, that have had direct consequences on Europe and which Europeans have had very little ability to shape.

Podcast: Benjamin Haddad on Why Europe Is Becoming More Pro-Israel