Podcast: Shany Mor on How to Understand the Recent Terror Attacks in Israel

An Israeli analyst joins us to provide essential context for the recent wave of terror against the Jewish state. 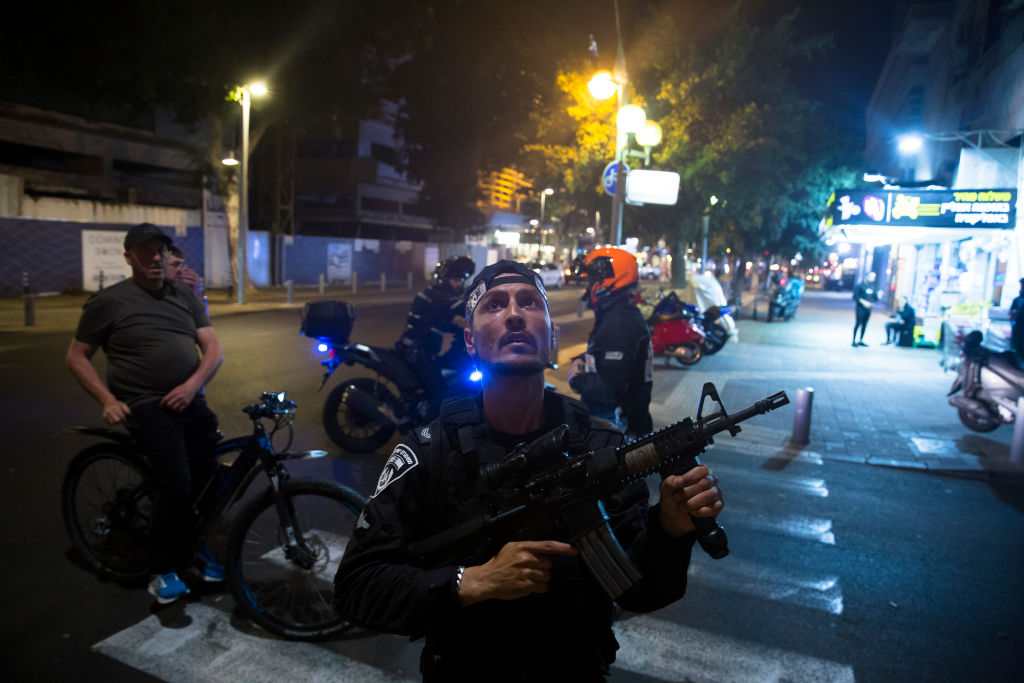 On April 7, Israeli police and army forces hunt for a gunman after a shooting terror attack on Dizengoff street in Tel Aviv. Photo by Amir Levy via Getty Images.

Observation
Shany Mor and Tikvah Podcast at Mosaic
About the authors

Since the end of the second intifada nearly twenty years ago, during which Israel endured attacks constantly, terrorism there has been comparatively rare. There have been knifings, and many rockets fired from Gaza and from Lebanon, but shootings and car-rammings have been few and far between. At least until now—over the last month, thirteen Israelis have been murdered in terror attacks.

To unpack what’s happened and to provide context for this new terror wave, the Israeli analyst and frequent Mosaic writer Shany Mor joins this week’s podcast. In conversation with Mosaic’s editor Jonathan Silver, he details each attack, thinks about the motivations of the terrorists, and explains how terrorism of this kind influences the relationship that Israel’s Jewish majority has with its Arab minority.

We [Israelis] are very keen to pretend that there’s no difference between those two [Israel-proper and the West Bank] in certain matters when it suits us, and we’re very keen to imagine a very very thick green line with a fence and a wall that separates our own democracy here from the kind of life that’s led in the occupied territories, and there’s a big contradiction in there. And that contradiction, besides casting a shadow over so many other aspects of Israeli life, necessarily casts a shadow on the relationship between the Jewish majority and the Arab minority in Israel, because if there’s no line separating Israel from the territories, then it’s not even a relationship between a majority and a minority, is it? If there’s no line between Israel and the territories, it’s a roughly 50-50 demographic split.

And if there is a line, and we are asking Israeli citizens who are Arab to make a clear distinction between themselves and the Palestinians on the other side who are fighting in a conflict with Israel, then it seems a bit weird that we’re not asking for the same distinction among Israelis who are Jewish. On the contrary, we ask Israelis who are Jewish to give up three very fruitful years of their lives to be drafted and serve in an army that spends a lot of its time protecting Jewish civilians who are living over the line.

Israel is not unique in the world in that it lives a national existence that’s based on multiple contradictions; in fact, I would say that’s the situation for almost every country in the world and for almost every society in the world. I have picked here on the majority of Israelis, who are Jewish, but I can make very similar observations here in the approach of the Arab minority, which also sometimes seems to want the best of both worlds, in terms of a demand for all the benefits of citizenship in a wealthy Western democracy, while still being able to maintain a kind of irredentist claim on the very legitimacy of the state that they’re citizens of.

Podcast: Shany Mor on How to Understand the Recent Terror Attacks in Israel