Did the Israeli government kidnap Yemenite Jewish children in the state’s early days? A historian joins us to explain the story, why it’s a myth, and why it won’t go away. 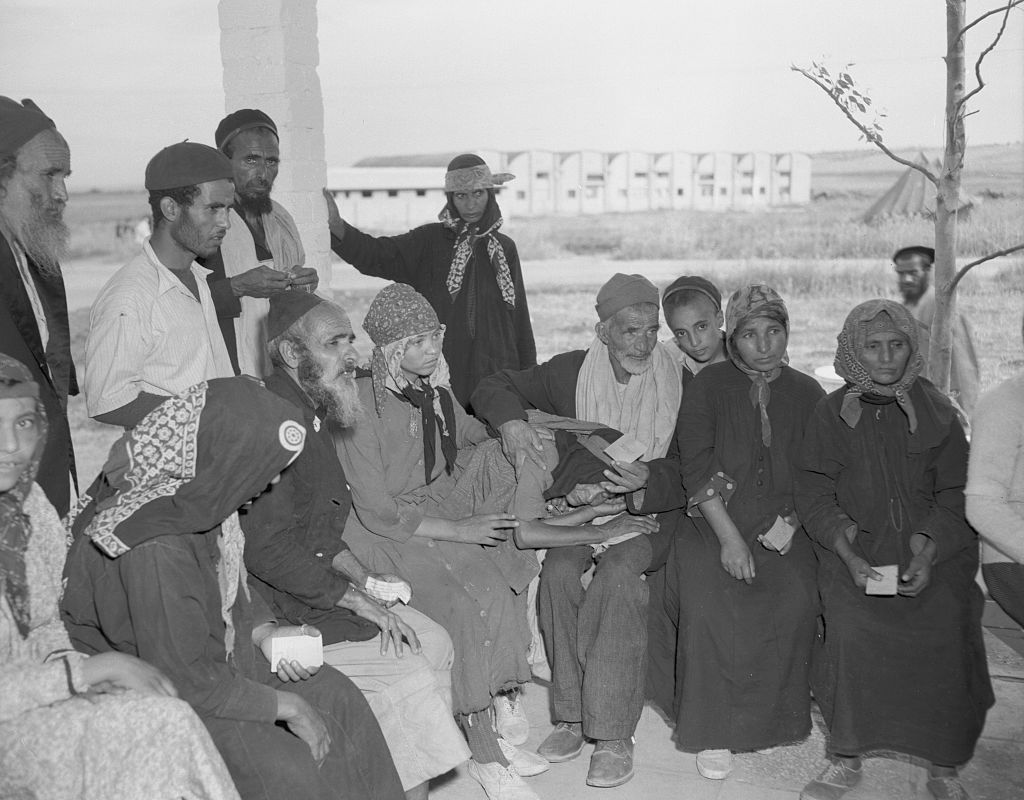 A group of Yemenite Jews in Israel. Via Getty images.

Observation
Motti Inbari and Tikvah Podcast at Mosaic
About the authors

In the late 1940s and early 1950s, thousands of Middle Eastern Jews left their countries of origin and moved to Israel. Among them were the Jews of Yemen. There is a myth, believed by some in Israel and around the world, that upon the arrival of the Jews of Yemen in Israel, hundreds of their children were taken from them by government officials without their consent and placed for adoption in the homes of Ashkenazi Israelis.

If that were true, it would be a grave injustice. But according to this week’s podcast guest, it isn’t. Motti Inbari is a professor of religion who specializes in unusual Israeli social and religious movements. In a new essay, he reviews several recent Hebrew-language books that look at the history, the evidence, and the surprising mutations of the so-called Yemenite Children Affair. In conversation with Mosaic’s editor Jonathan Silver, he explains what really happened and charts how the myth has evolved over time.

[This New York Times article] argued that from the very early days of Israel’s independence—we’re talking about the years 1948, 1949, all the way to 1954—thousands of babies have disappeared—this is the term that they use. Others use the term kidnapped, specifically from Yemenite families, immigrants to Israel, olim. Where are the kids? Nobody knows, [the story goes]; they probably were adopted by Ashkenazi families in Israel and the United States.

The story began with a case, an example, of the kidnapping story of Varda Fuchs. Her story is that when she was six-months-old she was adopted by an Ashkenazi family, the Fuchs family, in Israel, and with a DNA test in 2018 she discovered her biological family. The story goes that this is an example, a smoking-gun case, of a baby that was kidnapped from her biological mother after she gave birth to the daughter in 1950, and was given to an Ashkenazi family. This is the mythology, this is the narrative that the article was trying to push.

But people who studied the case more closely realized that this is definitely not a case of a kidnapped baby or a smoking-gun case, but a case of an abandoned baby that was born to an unmarried mother. In 1950, back then the social norms were not like the ones we have today, that if you get pregnant outside of marriage you’re keeping your baby. No, back then this was not the social norm. The mother ran away from the hospital after giving birth and actually the state tried to find the mother, but when she didn’t return to her baby after six months the baby was given up for adoption. This is a case of newspapers and academics and politicians that are all using the story of the Yemenite children in an inaccurate way to make an argument that the state of Israel kidnapped thousands of babies, even though this is not the truth.