A rabbi and historian explores the history of the Temple Mount, its presence in the Jewish imagination, and why more and more Jews are now going there to pray. 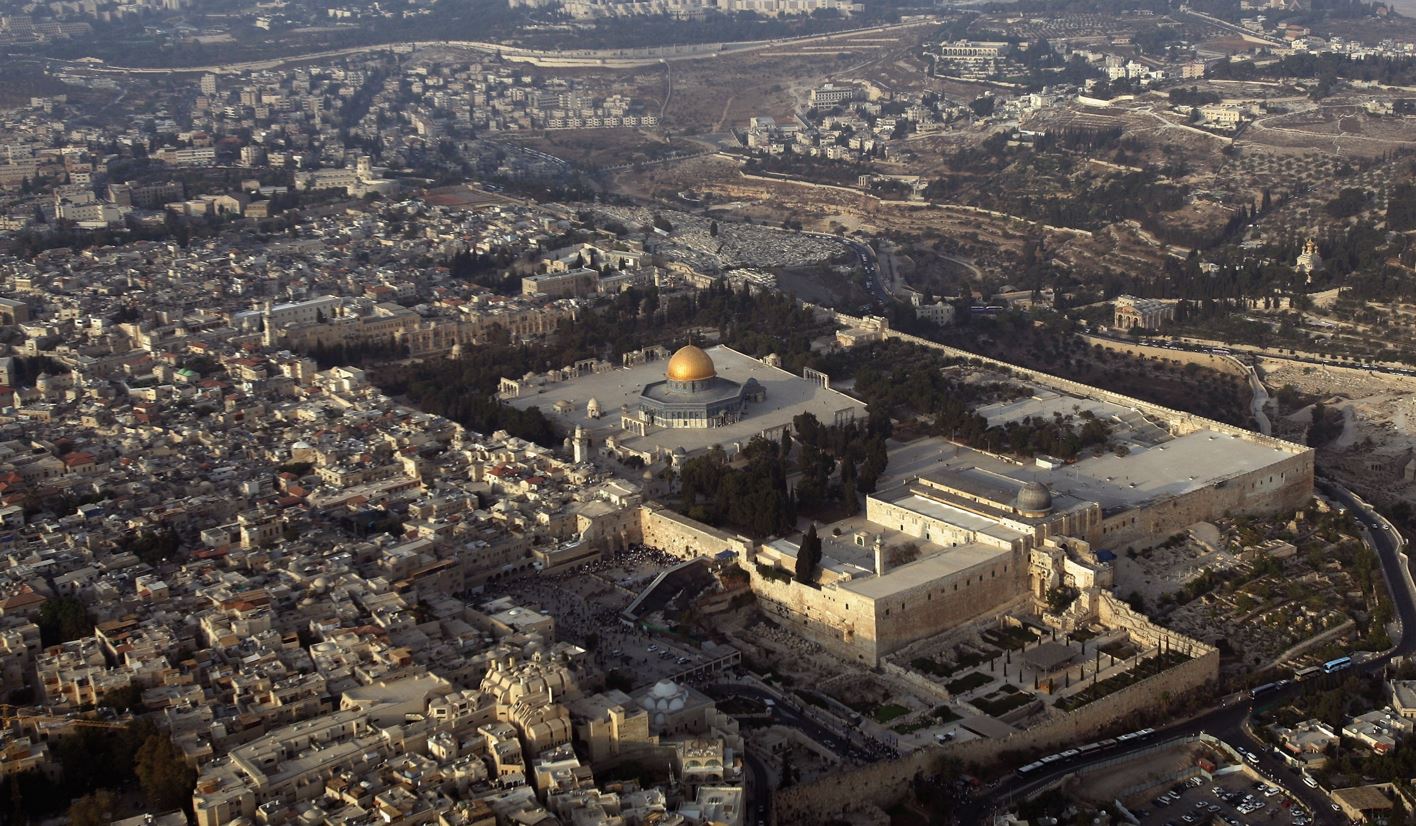 An aerial view of the Temple Mount and the Old City of Jerusalem. Photo by David Silverman via Getty Images.

Observation
Jeffrey Woolf and Tikvah Podcast at Mosaic
About the authors

The Temple Mount in the Old City of Jerusalem is the holiest physical site in all of Judaism. Religiously observant Jews ask God to restore the Temple and its services each and every day in the traditional liturgy. For thousands of years, Jews had no access to the site on which that Temple stood, until 1967, when Israeli forces reunited Jerusalem. Since then, Israel has by special arrangement ceded some forms of control of the Temple Mount to religious Muslim stewards supported by the government of Jordan. Under this arrangement, Jews may go up to the site—and many more have been doing so in recent years—but they are not allowed to pray there.

Why does Israel allow Muslims to pray on the Temple Mount, but not Jews? Why are more and more Jews venturing there? On this week’s podcast, the rabbi and professor Jeffrey Woolf surveys the history of the Temple Mount, and explains why, despite its roots in the very distant Jewish past, the site remains a fixture in the religious imagination of the Jewish people. In conversation with Mosaic’s editor Jonathan Silver, Woolf also explores some of the political dilemmas the site represents, both in domestic Israeli politics and in the Jewish state’s relations with its Muslim neighbors.

Based on the liturgy, on elegiac poetry, I think [the relationship between the Temple Mount and synagogues] works the other way around. First of all, the synagogue as an institution predates the destruction of the Temple; there were synagogues that were built in the 1st century CE certainly and in the couple hundred years before the Common Era, so it clearly can’t be taken as a substitute for the Temple [after it was gone]. It served another purpose.

My sense, based on archaeological finds and subsequent developments, is that the synagogue was meant to be a remote-access location for prayer and for Torah study. In other words, when people went in, the sanctity and the status of the synagogue was an extension of the Temple, and some historians have even argued that many of the declarations that have been found in both pre-destruction and post-destruction synagogues were intended to give the worshiper the sense that he was being transported, at least in his religious imagination—which is not an ephemeral thing, it’s a very powerful moment for the believing person—into the Temple precincts.