Under heavy pressure from America, Israel has agreed to new maritime borders with Lebanon. Is that a good thing? 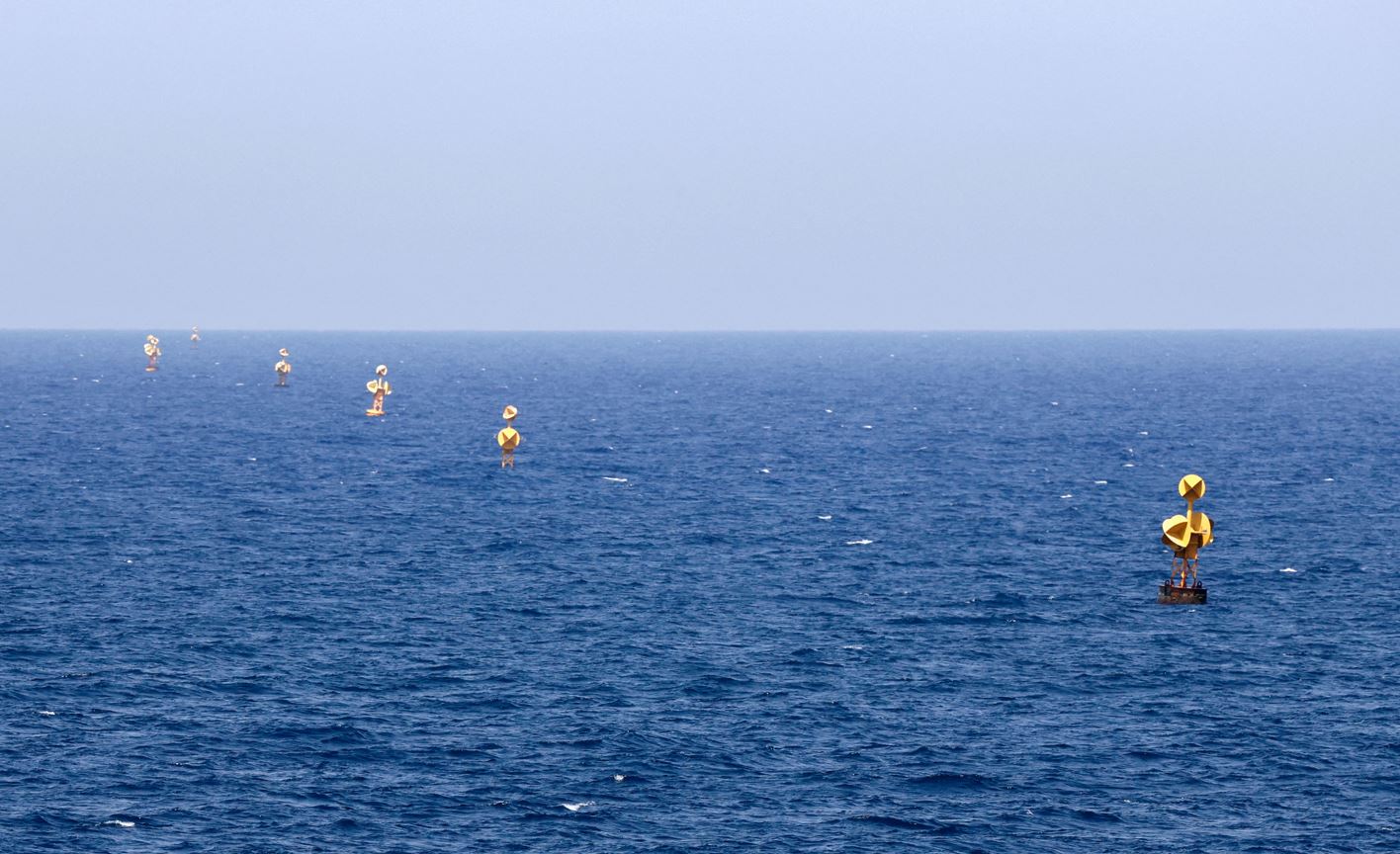 A line of buoys in the Mediterranean Sea that mark Israel’s maritime border with Lebanon. Photo by JACK GUEZ/AFP via Getty Images.

Observation
Tony Badran and Tikvah Podcast at Mosaic
About the authors


Tony Badran is a research fellow at the Foundation for Defense of Democracies and the Levant analyst at Tablet magazine.

On October 12, 2022, the Israeli prime minister Yair Lapid approved an agreement with the government of Lebanon to establish maritime borders between the two countries. The deal, brokered by the United States, is important because large fields of natural gas have been discovered under the seabed of the Israel-Lebanon coast—and whichever country controls these fields can reap financial and energy benefits from them.

In some quarters, the establishment of the new borders—without a war being fought, the usual means of fixing borders—is seen as an accomplishment. For those who hold that view, this deal will help stabilize Lebanon and provide it some economic relief. Furthermore, given that Lebanon and Israel are, officially if not currently in fact, still at war, the agreement is seen as evidence of America’s power as a mediator in the Middle East. In short, the deal is a diplomatic achievement worth celebrating.

This week’s podcast guest disagrees. Tony Badran, a research fellow at the Foundation for Defense of Democracies, has argued that Israel has traded away its maritime rights in exchange for the mere hope of regional order, and it makes future conflict between Israel and Hizballah-controlled Lebanon more likely, not less. In conversation with Mosaic’s editor Jonathan Silver, he discusses the political context within which the Israelis and Lebanese established their maritime borders, why America pushed so hard for the agreement, and why the deal harms Israeli security and boosts Hizballah.

It’s important not to stress the financial issue. One of the lines of attack in Israel was that “we’re giving up resources! Israel is losing resources!” That’s not the point. The point isn’t Israel losing resources; Israel has actual resources that are being developed. [The point is] whom are you cutting a deal with, whom will these resources go to, and how did that happen? You’re doing it with a terrorist organization that will benefit from these resources, and that will have extracted these territorial concessions from you under the threat of force.

And here’s the big issue. This is the real crux of the matter, why I find this deal to be abhorrent. It is because it was the United States that came in on the side of Hizballah, leveraged [Hizballah’s] threats, amplified with Israel, made the Israelis concede, and is still pushing them to sign a deal whose purpose is explicitly to give the Hizballah-run terror pseudo-state a financial and revenue source. That is the problem.