With pornography on the rise and sexting now commonplace, the Internet is a perilous place for children. Here’s how an Israeli technology company is trying to make it safer. 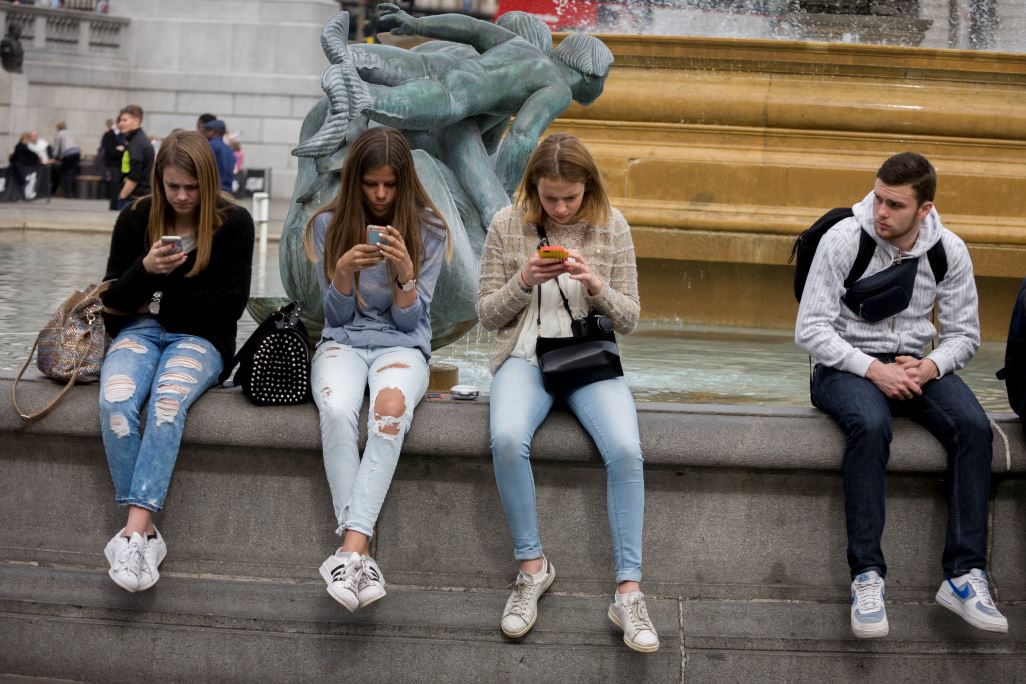 In London, three teenage girls are intently focused on their smartphones while a young man looks on. Photo by In Pictures Ltd./Corbis via Getty Images.

Observation
Sean Clifford and Tikvah Podcast at Mosaic
About the authors

Today, everybody, children and adults alike, is glued to smartphones and tablets and computers. But much of the content readily available on these devices can be harmful, especially for children. So helping children navigate the Internet in healthy ways―insulating them from the worst excesses of pornography, sexting, and social pressure—is among the primary tasks of a parent today. But that’s no easy task. How can parents and their children take advantage of all the boons the Internet offers while ensuring it’s safe for family?

To explore this question, on this week’s podcast, Mosaic’s editor Jonathan Silver is joined by Sean Clifford, CEO of Canopy, an American offshoot of the Israeli company Netspark, which has developed a technology that filters websites and messages in real time to help parents curate the Internet for their children. Netspark’s technology has been adopted by Israel’s ministry of education and is used in thousands of school computers there. Now, through Canopy, this technology has come to the American market, where it can be used to protect families all over the United States.

Pornography is pervasive and it is shaping how children view intimacy, relationships, love, and a host of related issues, and often times not in healthy or productive ways. A couple things that I would note about how the problem has shifted. Number one, it is so much more accessible. When you heard the typical story that someone was exposed to pornography, it was a Playboy under an uncle’s bed, and it was that singular moment, and for the child you knew, the culture informed you, that this was probably taboo and not something that was appropriate for kids. Or it was restricted in the video section, you had to go to the seedy part of town to get to the store to access it. But now, it is instantly accessible everywhere at any given moment from the little computer in your pocket.

The second thing we need to be mindful of is just how different the experience is. Playboy was a static magazine of maybe twenty images, and that’s not great but today there’s exposure to an infinite number of high-definition videos on any topic that you can imagine, and so that quantity, that vastness, also plays a powerful role in shaping the imagination of a child. There are a lot of different ways children encounter this, but the study I saw most recently is that a majority of eight-to-eleven year-olds in America have been exposed to pornography. Of those that have been, over 60 percent stumbled upon it accidentally. They’re researching something online, or they’re in a chatroom of a game forum and someone posts a link and they click on it. It’s not an intentional search for it, and so that’s one of the big problems.

One of the things that we sometimes do to put this in perspective and provide a little more context is to look at the toys that are popular for this cohort. For an eight-year-old, over the last few years one of the most popular toys is a Captain America action figure—that is when they’re being exposed to pornography. The New York Times did a feature-length piece on this in recent years trying to understand how it’s affecting them, and one of the things they found was American adolescents are being exposed to pornography twice as often as their parents assume, which is really a startling fact, and something I think is only recently starting to emerge on the horizon of parents.