Allegedly there is no anti-Semitism in France—only Jewish “communalism.” 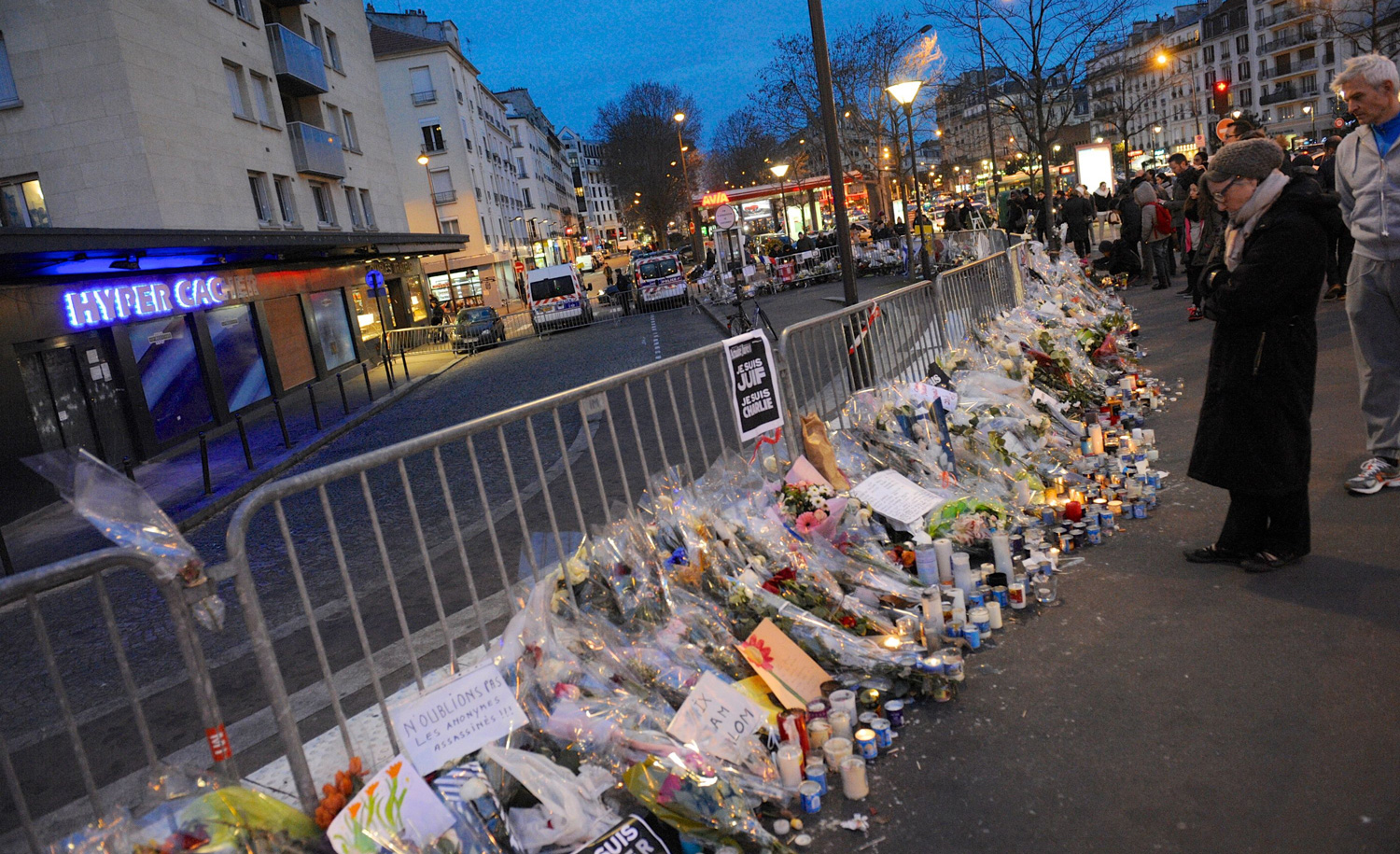 A kosher supermarket in Paris one week after it was attacked by terrorists in January 2015. Sipa via AP Images.

Observation
Shmuel Trigano
About the author


Shmuel Trigano, a professor of sociology emeritus at Paris University, is the author of 24 books, including French Jews: Fifteen Years of Solitude (2015). In 2001 he created the bulletin Survey of the Jewish World and the journal Controverses to document and publicize the rise of anti-Semitic violence in France.

Listening to French politicians, journalists, and intellectuals responding to the seafront massacre in Nice in mid-July of this year, or to the murder two weeks later of a priest in the village of Saint Etienne du Rouvray, one could not escape a feeling of déjà vu. By now, official France has developed a carefully scripted ritual for reacting to such Islamist attacks. Prior to this past summer’s events, the script was most conspicuously deployed in the wake of the killings at the satirical weekly Charlie Hebdo on January 7, 2015, and before that on the occasion of a jihadist spree in Toulouse in 2012; but its use can be traced back much farther in time.

"There Are Too Many Jews on This Train"