French Islam's Radical Turn, and Its Ramifications for French Jews

A new book shows the role played by anti-Semitism in the strengthening and consolidation of Islamism in France. 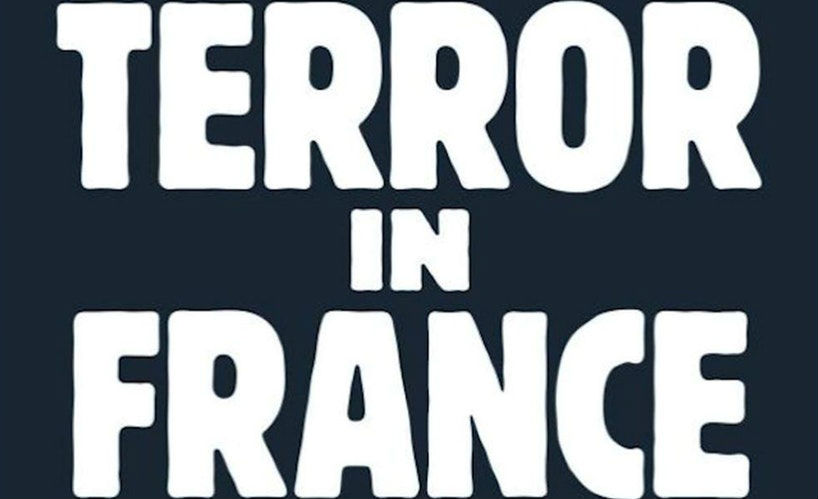 From the cover of Terror in France by Gilles Kepel. Princeton University Press.

Recent attacks in Paris, London, and Manchester have supplied horrifying evidence that “homegrown jihad” remains a potent force in Western countries, especially but not only in Europe. Yet a good understanding of the phenomenon remains elusive. Why are non-negligible numbers of young Muslim men, born often to quite secular parents and brought up in Western societies, transforming themselves into self-styled knights of jihad?

Of the many explanations that have been advanced, two may be regarded as serious. According to the first, this homegrown phenomenon is a fanatical reaction to, precisely, life in the modern West. That is, for young and newly devout Muslims, Islamism offers a substantive something as against the empty nihilism increasingly typifying Western culture. In this reading, the fairly common turn to Islamism, and by a smaller subset of the young to jihadist violence, is a symptom of the crisis of the contemporary West.

According to the second explanation, the problem originates within Islam itself and is related to the religion’s accumulating demographic strength in Europe, to its ideological vigor (and rigor), and to inflammatory geopolitical factors like today’s civil war in the Middle East. In this reading, it is to internal developments within Islam that we should look in grappling with the rise of sharia-friendly politics in Europe and the creation of environments hospitable to the jihadist impulse.

A principal promoter of the second view is Gilles Kepel, a political scientist at the Ecole Normale Supérieure in Paris. An expert less in Islamic theology than in the politics of Islam today, Kepel has written extensively on the Middle East and France, most recently on the deteriorating situation in the immigrant-heavy suburbs (banlieues) that surround many French cities. His latest book, Terror in France, first published in French as Terreur dans L’Hexagone, offers a concrete account of how Islamism, in both its more passive and more militant varieties, has gained ground in France over the last few decades.

As against big-think approaches to the problem of Islamism, Kepel’s politically-minded approach, with its cultivated indifference to more theoretical considerations, is rather refreshing. To be sure, one cannot altogether discount the more abstract explanations. Anyone who has become religious in our time can recognize the desire to replace what was previously lacking with the totality of whatever one has newly embraced. And who could now deny that a political and moral crisis afflicts the West?

Still, to paraphrase “The Dude” in the Coen brothers’ film The Big Lebowski, nihilism is an exhausting activity. If you spend your time reflecting on the decline of the West, you’re unlikely to muster the resolve to develop a strategy against the threats we face. Whatever its shortcomings, Kepel’s approach compels us to think concretely about a concrete problem. Unsurprisingly, it has also earned him more than a few enemies, both within academia and the press and among those potentially willing to respond with something stiffer than a snarky review.

Kepel’s central point is that since the middle of the last decade, the former mainline (if not exactly moderate) Muslim organizations in France have lost control over Islam. In recent years, a new, more militant generation of imams, pamphleteers, and “Islamist entrepreneurs” has emerged, bearing sophisticated and technologically-adept strategies designed to promote “total Islam.” As signs of the deepening crisis, Kepel points to the extremely effective use of social media, new kinds of speech in mosques, and even an experiment in collective Islamist living in the south of France.

True, not all Islamic leaders have articulated the Islamist line or tolerated violence. In the 1990s and early 2000s, some important French institutions were influenced by Muslim Brotherhood activities and doctrines. As Kepel indicates, that influence was hardly benign. In particular, he attributes to it the zealous promotion and diffusion of the term Islamophobia to discredit any criticism of Islam as well as to stoke a sense of victimhood among European Muslims. But while Brotherhood-influenced preachers and institutions surely stood for a species of “total Islam,” they did not openly preach violence in the West

Beginning in the “pivotal” year of 2005, however, with street riots in Paris’s northern banlieues, things took a decisively more radical turn. Over the following years, the center of gravity of French Islam shifted from the centralized institutions to those neighborhoods, in which Saudi-trained imams have gained followings and accumulated significant authority. The easy diffusion of jihadist literature and videos through social media has fired the imagination of young Western Muslims; combined with the opportunity for jihadist study abroad, facilitated in turn by the decomposition of the Arab and Muslim Middle East, this has finally led to the perfect storm that now faces France and other European countries.

In France itself, Kepel notes in qualification, there is as yet no coherent Islamist political program. In fact, Islamist tendencies have been rather plural in character. Sometimes Islamists have sided with figures of the radical right in an alliance built on mutual antagonism toward Jews (a subject to which I’ll return shortly). At other times, Islamists have worked with the radical French left, inveterately open as ever to allies in its eternal combat against capitalist society.

In a country addicted to centralization, the decentralized nature of French Islam has led to a kind of chaotic diversity in which, for young Muslims, Islamism has now become one among many “lifestyle” choices—if also the one with the most highly defined sense of mission. Certain areas, notably the Parisian suburbs and areas in the south around Marseilles and Montpellier, have been more apt than others with significant Islamic enclaves to send young men off to fight in Syria and Iraq, some of whom filter back as hardened warriors eager for domestic battle. In general, as Kepel shows, the growing toleration of Islamist opinion and belief has created environments in which aspiring jihadists can find nourishment or, at a minimum, passive acquiescence in their schemes.

In this connection, Kepel offers an interesting take on the role of Jews and anti-Semitism in this strengthening of Islamism in France. Anti-Semitism, he shows, has been one of the chief engines for the consolidation of Islamist opinion and belief. Over the last decade, pamphlets, speakers, and activists have intensively demonized Israel for its alleged crimes in Gaza and elsewhere. Islamist political propaganda, whose goal is to perpetuate the sense that Western Muslims are under siege, is riddled with references to the evil of Israel, Zionism, and the French government’s alleged favoritism toward the Jewish state. (You learn something new every day!)

Moreover, as is well known, Jews have been a principal target of homegrown French jihadists. In 2012, a full three years before the attacks on Charlie Hebdo and the kosher supermarket in Paris, the Toulouse-born Mohammed Merah murdered a rabbi and three Jewish schoolchildren in his rampage through southern France—without prompting anything like the emotional outpouring of Je suis Charlie-style identification with his victims.

Kepel’s analysis here—aside from a few lazy and sadly typical comparisons between “total Islam” and “total Judaism”—confirms Ruth Wisse’s point that anti-Semitism can be a potent force for mobilizing and conjoining otherwise disparate groups, individuals, and interests. Thus, he cites the 2014 comments of the president of the mosque in the southern French town of Lunel, home many centuries ago to the great ibn Tibbon family of Jewish physicians and translators. Pressured to respond to the fact that no fewer than twenty young Lunel residents had gone to fight in Syria, he extenuated by asking:

Why condemn these young people who left in the name of an injustice in Syria—and not the French [Jewish] people who left and killed Palestinian babies with [the IDF in Gaza] last summer? . . . I don’t see why I should issue a statement if ten [sic] people left out of a thousand.

Terror in France makes for bracing and depressing reading. It is hard to escape the conclusion that the French state is very far from mastering the situation in its most turbulent towns. But though Kepel urges us to think concretely about the problem, he himself stops short of offering any sensible plan of action. This reticence may be related to the European preference for a clandestine, double-agent-heavy strategy against terrorism, the details of which the no doubt well-informed Kepel does not care to share.

Yet a disappointing intellectual failing may also lie behind Kepel’s reticence. From his deep reading in the propaganda works of Islamic State, al-Qaeda, and other Middle Eastern and European jihadist groups, he suggests that the principal aim of jihadists in Europe is to produce a Western “overreaction” that, in turn, will finally persuade the silent Muslim majority to join the battle for a caliphate. Hence, according to Kepel, in responding to terrorism, Western governments risk falling into a trap set by jihadists. He therefore ultimately sides with a conventional and quite minimalist view: by all means use the police to track suspects, but don’t overdo things and don’t engage in any kind of culture war.

Many Western politicians say the same thing these days, and so far the results have not been good. Indeed, to focus on “what the terrorists want,” even in so indisputably erudite a manner, is to be too clever by half. In countering jihadism and Islamism, the focus should instead be on what we need: namely, an unabashed defense of the Western way of life combined with a concrete strategy to diffuse the threat. Yes, that strategy must itself be formulated with a clear understanding of jihadist strategy in mind, but why disable it in advance with far-fetched fears about inadvertently turning all European Muslims against the West? If a strategy is to work first and foremost for us, its goal must be not merely to understand what the jihadists want but to defeat them.

French Islam's Radical Turn, and Its Ramifications for French Jews