The Middle East analyst stops by to talk about his recent blockbuster essay in Mosaic. 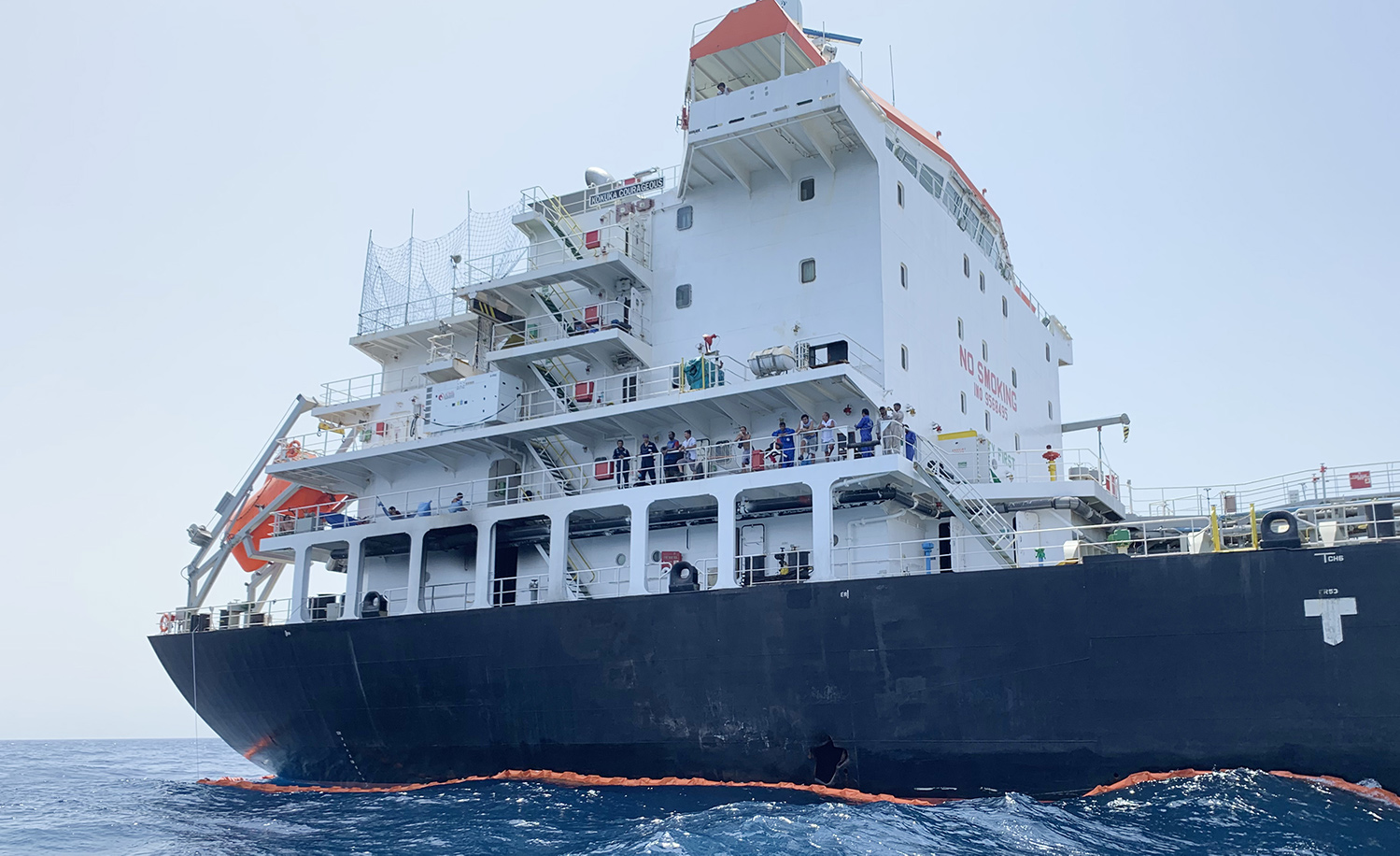 Damage to the hull of the Japanese oil tanker Kokuka Courageous off the coast of Fujairah on June 19, 2019. MUMEN KHATIB/AFP/Getty Images.

Observation
Tikvah Podcast at Mosaic and Michael Doran
About the authors

Michael Doran, a senior fellow at the Hudson Institute and the author of Ike’s Gamble: America’s Rise to Dominance in the Middle East (2016), is a former deputy assistant secretary of defense and a former senior director of the National Security Council. He tweets @doranimated.

Since May, Iran has carried out a half-dozen acts of sabotage against the U.S. and its allies. What’s the story behind these escalating provocations? Is Tehran looking for war? Is Washington? These questions are particularly pressing since, on this coming Friday, the world’s leading economic powers will gather in Osaka, Japan for the G20 summit, where the rising tensions and the matter of how to respond to them will loom large.

Earlier this week, Hudson Institute scholar Michael Doran offered a compelling account of the strategic thinking behind these recent Iranian actions. In “What Iran Is Really Up To,” published in Mosaic, Doran presented evidence that Iran is seeking to sow fear among European governments in the hope that they will pressure the Trump administration to reinstate two crucial waivers that would ensure the continued viability of Iran’s nuclear activities. This is part of a long game, writes Doran, to revive the 2015 deal and preserve Iran’s path to a nuclear bomb.

In our podcast this week, Michael Doran joins Jonathan Silver to explain his essay and its argument. He discusses why the revoked waivers are so important, why the Iranians believe their strategy will work, and why the biases of European governments and some prominent American Democrats play right into Iranian hands.