Podcast: Avital Chizik-Goldschmidt & Batya Ungar-Sargon on Why No One Cares about Violence Directed at the Orthodox

Two Jewish journalists join us to talk about attacks that most others prefer to ignore. 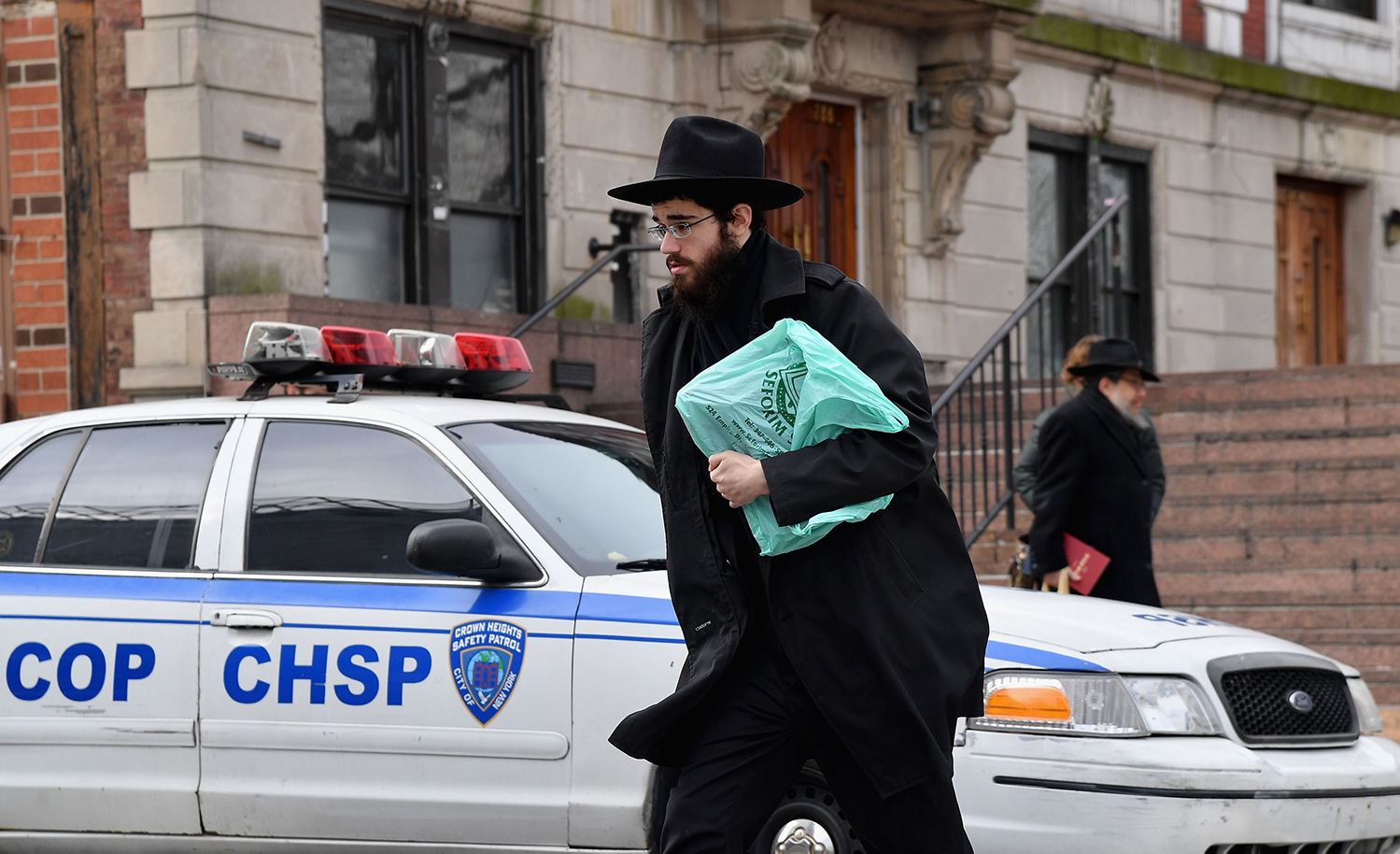 An Orthodox Jew in the Brooklyn neighborhood of Crown Heights on February 27, 2019. ANGELA WEISS/AFP via Getty Images.

Observation
Tikvah Podcast at Mosaic, Avital Chizik-Goldschmidt and Batya Ungar-Sargon
About the authors

A Jewish man hit in the face with a brick. The wig of a religiously observant woman pulled off her head. A mother and her baby assaulted in the street.

These incidents took place not in 19th-century Russia or prewar Germany but in 2019 Brooklyn, home to one of the densest Jewish populations in America. The recent spike of anti-Semitic attacks against the ultra-Orthodox, New York City’s most visible Jews, is an alarming sign in a nation already experiencing rising levels of anti-Semitic hatred. Yet in this case, the mainstream press and many on the political left, groups otherwise vocally worried about racism and bigotry in America, seem unconcerned.

In this podcast, Tikvah’s Jonathan Silver is joined by two Jewish journalists, Avital Chizik-Goldschmidt, the life/features editor at the Forward, and Batya Ungar-Sargon, its opinion editor, who, by contrast, have been honest and clear-eyed about these attacks and given them the attention they deserve. In this conversation, Chizik-Goldschmidt and Ungar-Sargon discuss the nature of the recent violence, what might be causing it, and the ideology that blinds so many in the media and among progressives to what might amount to a slow-moving pogrom.

Podcast: Avital Chizik-Goldschmidt & Batya Ungar-Sargon on Why No One Cares about Violence Directed at the Orthodox