Where did QAnon come from, what attitudes does the conspiracy movement take toward Jews and Judaism, and will it become more dangerous or fade away? 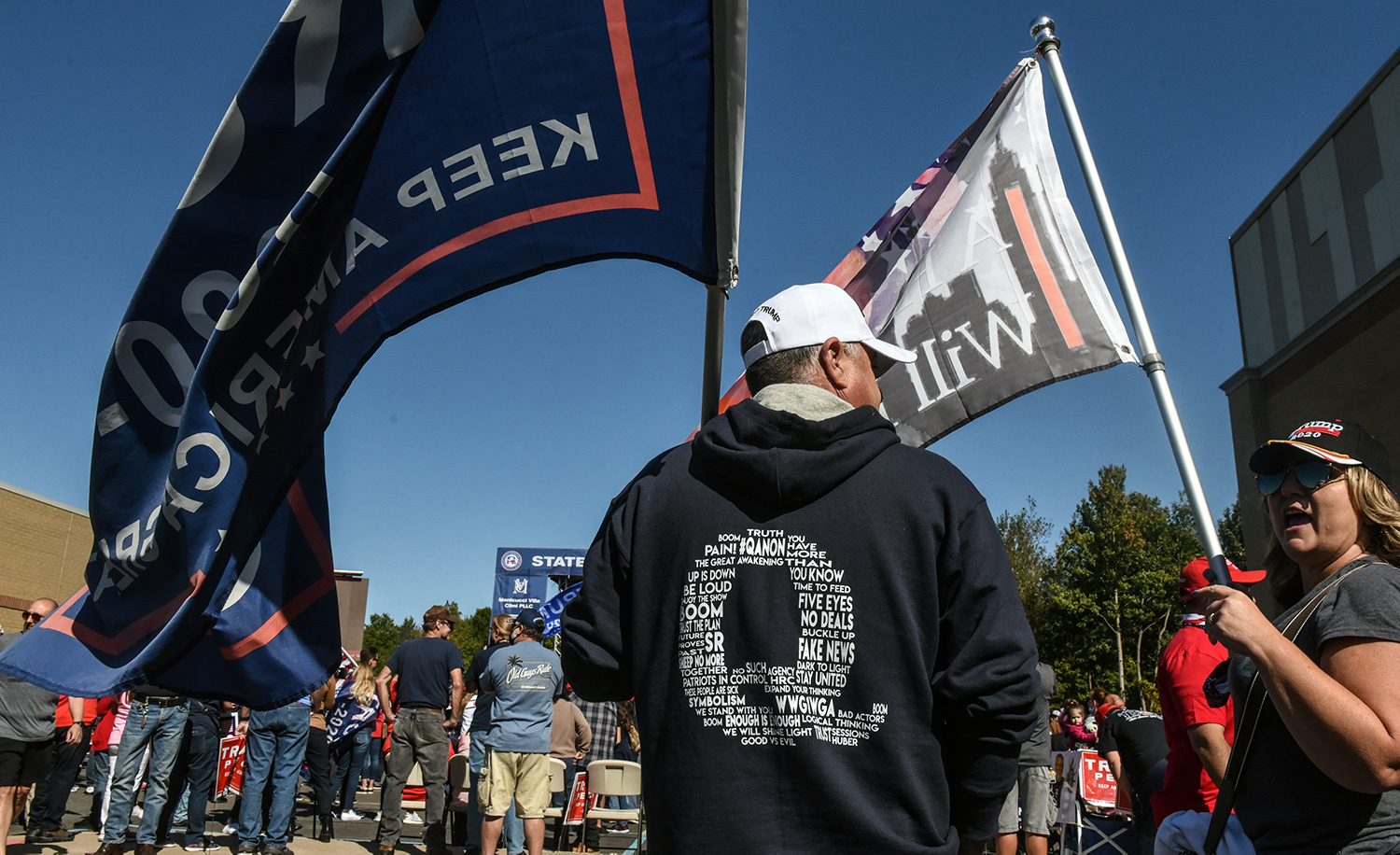 A person wears a QAnon sweatshirt during a pro-Trump rally on October 3, 2020 in the borough of Staten Island in New York City. Stephanie Keith/Getty Images.

Observation
Joshua Muravchik
About the author

Among the radical rightwing groups that converged on Washington on January 6th and stormed the Capitol, the one commanding the largest following was QAnon. In those last weeks of his presidency, as mainstream Republicans gradually broke with Donald Trump to acknowledge the outcome of the election, QAnon figured large in the diminished ranks of his diehard supporters. Other groups, even more outré, were also in evidence on January 6th, including neo-Nazis—highlighted by one man whose shirt was emblazoned with the chilling insignia, “Camp Auschwitz.” There was no evidence that he spoke for the larger body of protestors but nor was there any sign that the others disowned him.