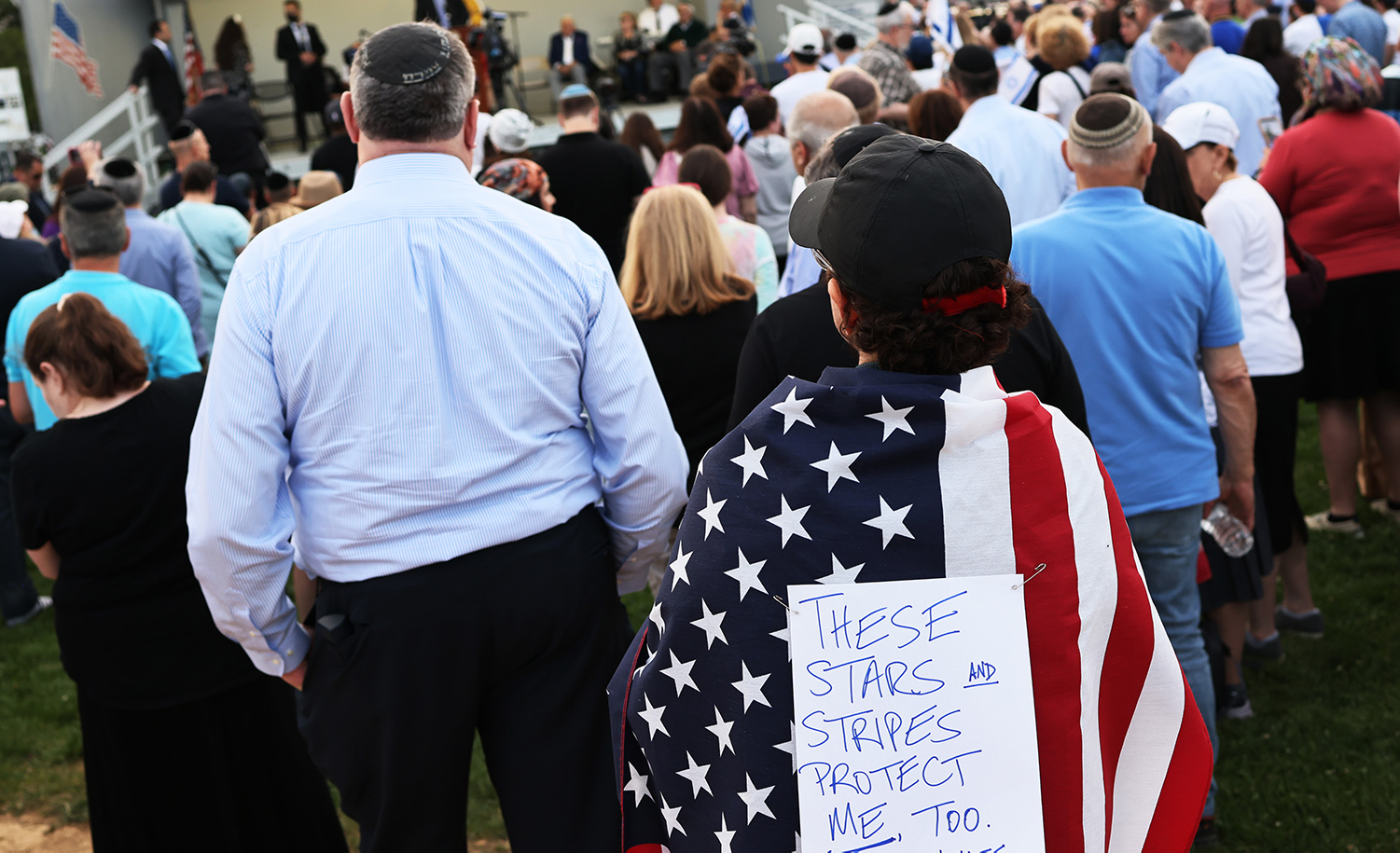 A rally against anti-Semitic violence on May 27, 2021 in Cedarhurst, New York. Michael M. Santiago/Getty Images.

It happens rarely in history, but there are sometimes intellectual labors of such extraordinary significance that they influence public affairs on a mass scale. Jean-Jacques Rousseau’s Social Contract was such a book. So was Karl Marx’s Communist Manifesto, and so was Theodor Herzl’s The Jewish State. Their impact wasn’t immediate, but without the ideas in these books the world would not have suffered the French or Communist revolutions, nor would it have been blessed by the Zionist one.