Podcast: Vance Serchuk on the History and Politics Behind Russia's Invasion of Ukraine

Russia’s invasion of Ukraine has begun. To explain how it came about and what can be done, a top foreign-policy scholar joins the podcast this week. 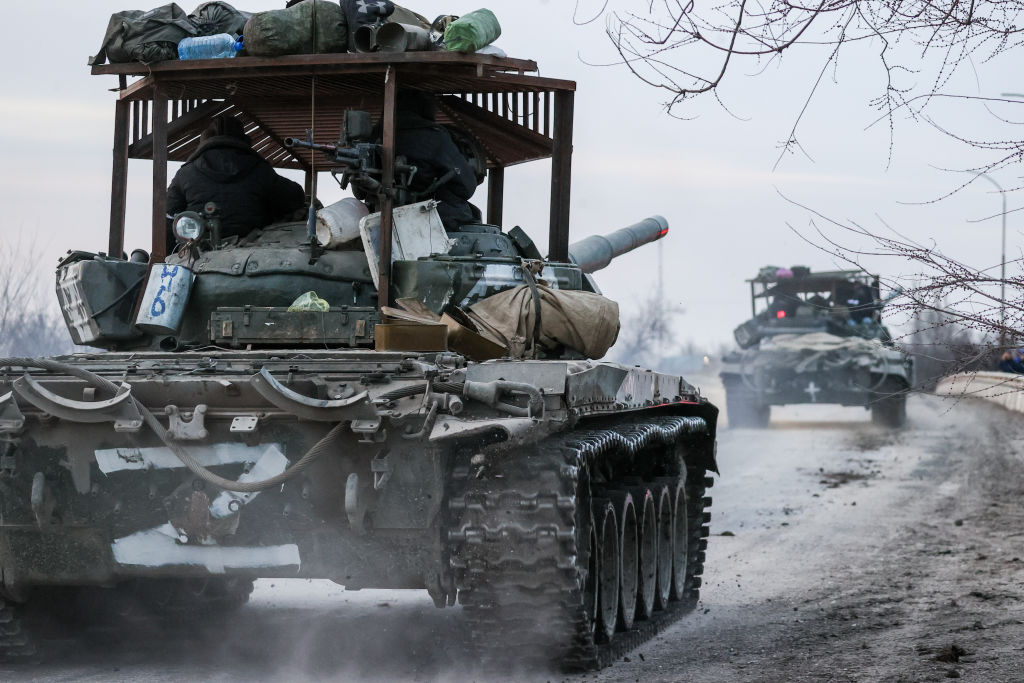 Russian tanks move through the town of Armyansk, Ukraine, as part of the Russian invasion on February 24, 2022.  Photo by Sergei Malgavko\TASS via Getty Images.

Observation
Vance Serchuk and Tikvah Podcast at Mosaic
About the authors


Vance Serchuk is the executive director of the KKR Global Institute and an adjunct senior fellow at the Center for a New American Security.

This invasion is an inflection point in Russian-Western relations, the largest since the end of the cold war. To help us understand the full historical and political context behind it, we invited the foreign-policy scholar Vance Serchuk to join our podcast. In conversation with Mosaic’s editor Jonathan Silver, he explains the history behind Russia’s relations with its East European neighbors, what is motivating Russia’s aggression now, and what options the United States and its allies, including Israel, have for aiding Ukraine.

As a general phenomenon in American foreign policy, we often like to think that we can overwhelm our problems through our superior resources. That takes many different forms. When you think about how we approach military conflict, when you think about the war in Afghanistan, there too if you simply throw enough money at the problem, if you throw enough technology at the problem, the belief is that you can just sort of overwhelm it and crush it. There actually are issues that we face in the world, there are problems that we face in the world, there have been conflicts that we’ve been in where that approach can actually be successful. World War II was an example of that. The American Civil War was also an example of that. But there are also a lot of problems that don’t lend themselves to that approach, and Russia in the 1990s was a great example of that.

I also think that, to your point, there’s a general American tendency, and it stems in no small part from a good place, which is that Americans tend to think that conflict is artificial, that when there is some sort of international dispute, it must be the result of misunderstanding or some sort of miscalculation or mistake, and it can’t possibly be that it is the outgrowth of the fact that some countries just have fundamentally different values and fundamentally interests. I think that part of the explanation to understand where we’re at with Russia today and why since the collapse of the Soviet Union, even in the 1990s, we’ve struggled and ultimately failed to be able to get along with the Russian Federation, why we find ourselves again and again coming into an adversarial relationship with Russia, does reflect the fact that Russia and the United States, as they would each traditionally define their interests and their values, are in very different places.

Podcast: Vance Serchuk on the History and Politics Behind Russia's Invasion of Ukraine