Race: a Word of Surprisingly Recent and Uncertain Origin

First surfacing in the 15th century as raza in Spanish, razza in Italian, and race in French before entering English in the 16th century, it has had six different etymologies proposed for it. 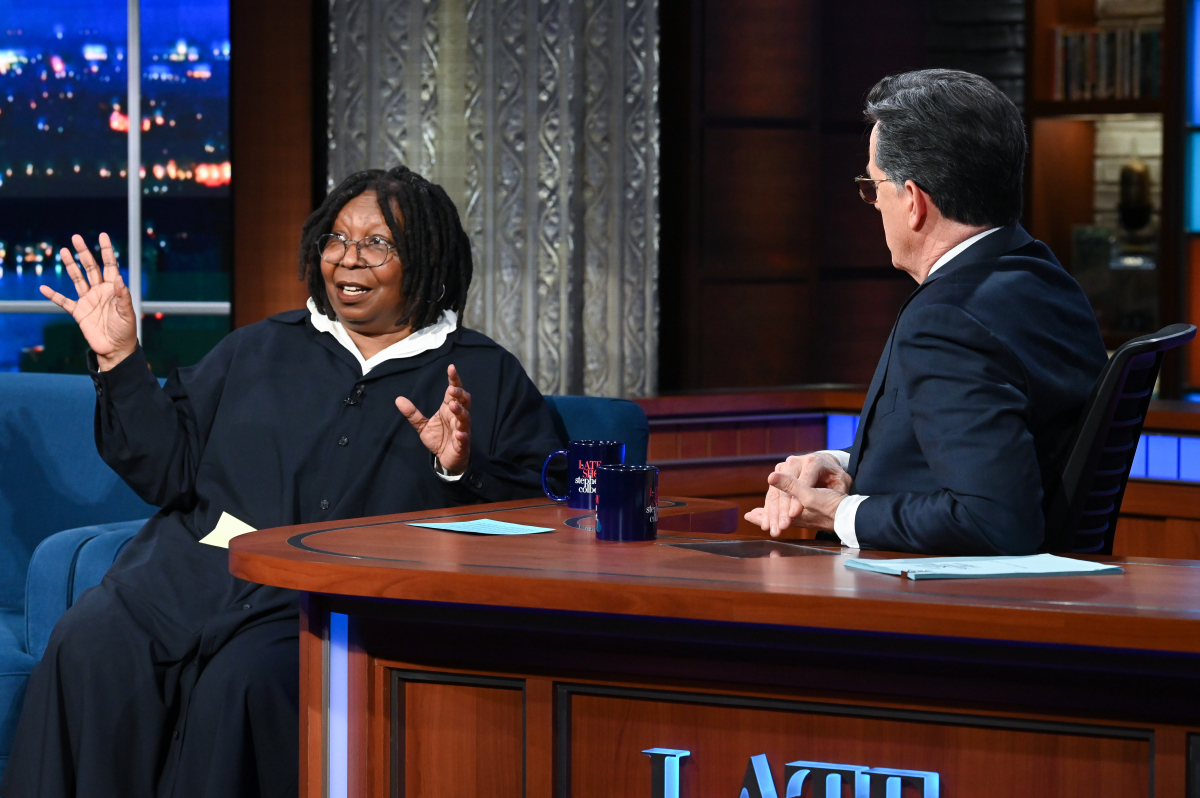 Whoopi Goldberg on The Late Show with Stephen Colbert.

The absurdity of Whoopi Goldberg having to apologize and be suspended from her work for saying that the Holocaust isn’t “about race” isn’t about race, either. It’s about absurdity—and specifically, the level of it to which popular discourse has descended in America in an age of identity politics and Me Too and cancel culture. Goldberg was of course foolish in saying that the Holocaust wasn’t about race, since from its Nazi perpetrators’ point of view it was all about race. But her intentions were not malicious, and it is only our aberrant age that makes us demand public apologies or worse for the crime of being foolish. One agrees with Jonathan Tobin, editor of the Jewish News Syndicate, who wrote, “While it’s difficult to sympathize with [Goldberg], the practice of punishing people for speech we don’t like by taking away their livelihoods is deplorable.”

There’s always been a lot of foolish talk about race, even though the word itself is of surprisingly recent and uncertain origin. First surfacing in the 15th century as raza in Spanish, razza in Italian, and race in French before entering English in the 16th century, it has had six different etymologies proposed for it, none provable. It has been traced to Latin radix, root; to Latin radius, a staff, spoke, or radius, that is, a line of descent; to Latin ratio, a calculation, namely, the calculated value of a breed of animal; to medieval Latin generatio, reproduction; to old French haras, a stud farm; and even to Arabic ras, “head” (the Hebrew cognate of which is rosh), in the sense of the beginning of something.

All these etymologies relate to animals or human beings who are descended from a common ancestor. The earliest formal definition of the word includes both its animal and human aspects. This can be found in Sebastian de Covarrubias’ 1611 Tesoro de la lengua castellana o española, Spain’s first Spanish-Spanish dictionary, which defined raza as, “A breed of thoroughbred horses, [commonly] stamped with an iron brand to identify them.” To which Covarrubias added, “In [human] lineages, raza applies to their bad side [se toma en mala parte], as in the case of the raza of the Moor or the Jew.”

Thus, Jews have had an involuntary involvement with the r-word practically from its inception. Covarrubias’ remark reflects the Spanish usage of his time, influenced by the doctrine, introduced by the Inquisition in the mid-15th century, of limpieza de sangre or “purity of blood,” which drew a distinction between “Old’ and “New” Christians—the latter being Jewish or Muslim converts whose “impurity” barred them from serving in certain ecclesiastical, military, and government positions. As historians of the Inquisition have pointed out, the concept of limpieza de sangre represented the first instance in Europe of traditional social and religious anti-Semitism being reframed in racial or biological terms, thus anticipating the Nazis’ Nuremberg laws by 500 years.

Of course, the belief that there are innately superior and inferior peoples has its own inglorious history having little to do with the Jews and a great deal to do with human prejudice in general and with European and American encounters with non-Europeans, especially Africans, in particular. It was only with the introduction of a word for race into European discourse, however, that it became possible to generalize about the phenomenon and connect the dots between racist attitudes toward and among different peoples. Not that this happened quickly. As hard as it may be to believe today, “racialism,” a word predating “racism” and defined by the unabridged Oxford English Dictionary as “a tendency toward racial feeling; antagonism toward different races of men,” was not used in English until the late 19th or early 20th century.

Just as the limpieza de sangre doctrine underlay the pejorative use of raza in 16th- and 17th-century Spanish, so the words “racialism” and “racism” came on the heels of the Aryan-supremacy theories put forward in the 19th century by writers like Arthur de Gobineau in France and Houston Stuart Chamberlain in England. De Gobineau’s 1853 An Essay on the Inequality of the Human Races was the first concerted attempt by a European intellectual to argue that there were biologically superior and inferior peoples and that nations needed to take this into account in the formulation of their policies. Prior to this, words for race had been, outside of Spain, used more loosely and neutrally. The English historian Edward Gibbon, for example, in his monumental The Decline and Fall of the Roman Empire (1776-1788), applies the word to many things: to humanity (“the race of men”); to ancient tribes and peoples (“the race of the Suevi,” “the Sclavonian races”); to royal houses (“the race of the dukes of Saxony”); to individual families (“the race of [the Roman historian] Tacitus”; to professional castes (“a race of soldiers”), and so on. Not least of all, he applied it to the Jews, whom he often referred to as “the race of Abraham.”

“The race of Abraham,” it so happens, has an exact Hebrew equivalent. This is zera Avraham, “the seed of Abraham,” a phrase that evokes for Bible readers the nighttime scene in which God tells Abraham to step outside and “Look now toward heaven, and tell the stars, if thou be able to number them. And He said unto him, ‘So shall thy seed be.’” Zera, “seed,” means much the same thing in this passage as does “race” and is also found in rabbinic tradition in such other combinations as zera Yishma’el, “the seed of Ishmael” or the Arab people, and zera Amalek, “the seed of Amalek” or the Amelakite people.

And yet in rabbinic tradition zera Avraham, and its more common twin expression of zera Yisra’el, “the seed of Israel,” cannot be translated as “the Jewish people.” On the contrary: for the rabbis, zera Avraham and zera Yisra’el designated persons of Jewish ancestry who were not halakhically Jewish, since their ancestry ran through the father rather than the mother or was unclear, but who deserved special consideration if they wished to return to the Jewish fold. There is thus is a difference, in rabbinic terms, between the Jewish people and the Jewish race, all members of the former belonging to the latter but not all members of the latter belonging to the former.

This may seem to have taken us a long way from Whoopi Goldberg. But one reason, I think, that the response of some Jews to Goldberg’s remarks was so exaggerated is that the subject of race, which is an uncomfortable one for everyone these days, can be a particularly uncomfortable one for Jews. In an era in which only the supposedly oppressed are allowed to think of themselves in racial terms (it is alright for black Americans to take pride in being black, but taking pride in being white is unpardonably “racist”), Jews find themselves alone in a no-man’s-land. As long as “race” was the neutral, loose-fitting word that it was in Gibbon’s age, so that it was perfectly normal to speak of a “British race,” a “French race,” or a “Negro race,” the idea of a “Jewish race,” too, was not an embarrassment.

Now that such terminology has been discredited, however, some Jews have a problem with a religion that—a least in its traditional forms—continues to emphasize a shared ancestral past as one of its defining features. Such Jews get indignant when told that they belong to a Jewish race, but they also get indignant when told by a Whoopi Goldberg that the Holocaust was a “whites on whites” affair. Of course, it’s easy enough to dodge the dilemma by saying, “But it was the Nazis who thought we were a race.” So they did. That still doesn’t answer the question, though, of what we think we are.

Race: a Word of Surprisingly Recent and Uncertain Origin