The recent decision to stop selling the books of a disgraced Orthodox children’s author reflects a pre-liberal sensibility worth recovering. 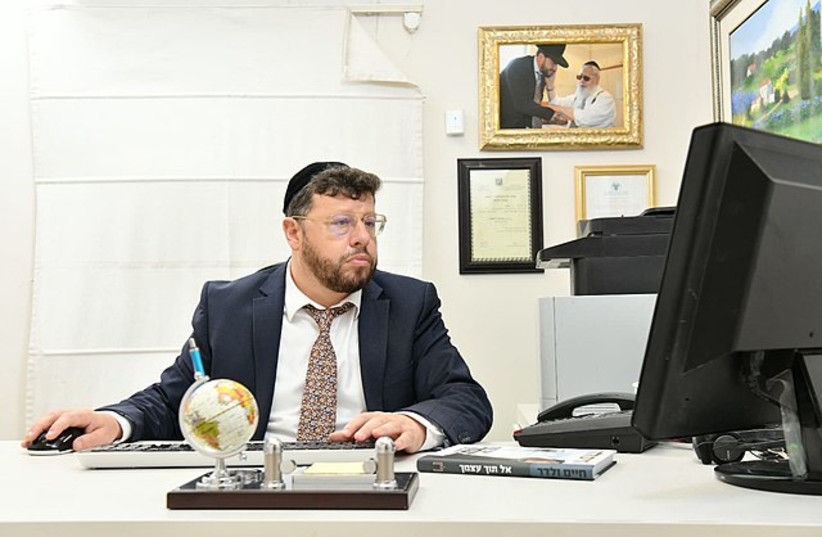 Observation
Andrew Koss
About the author


Andrew N. Koss, a senior editor of Mosaic, is writing a book about the Jews of Vilna during World War I.

A few months ago, a scandal rocked the ḥaredi world. Chaim Walder, a psychotherapist and prolific author of books for children and young adults, was found to have committed sexual assault. Some of his victims were underage, and another was his patient. Walder was not a household name outside of haredi circles, but within them he was not merely a trusted authority, but something more akin to a celebrity. As one astute observer put it, his public persona combined Mr. Rogers and Dr. Seuss. An immensely popular writer admired by young and old, Walder revolutionized ḥaredi children’s literature and wrote an influential weekly newspaper column aimed at adults. In December of last year, after a court of Jewish law publicly confirmed the merits of the charges against him, he killed himself. Hundreds of haredim turned out for his funeral, where distinguished rabbis eulogized him. Countless others from the same communities looked on the public honoring of a disgraced figure with horror.

A recent item in the Jerusalem Post about the aftershocks of the Walder affair got me thinking about one particular detail, and how it relates to current afflictions of American culture. On November 16, when the scandal broke, the Brooklyn-based Eichlers Judaica—one of the largest stores of its kind—released a statement saying that it would no longer carry Walder’s books on its shelves. The decision prompted a comment on Twitter from Elliot Kaufman, the letters editor of the Wall Street Journal: “allegations against the writer [lead to] his books taken off the shelves. A very worrying trend.” He added that he sees “art differently” than those who think books shouldn’t be sold because of their authors’ misdeeds.

Kaufman’s observation should be put in the broader framework of the current culture war. As a general rule, I agree with him. We shouldn’t stop reading Jean-Jacques Rousseau because he abandoned five of his children, or Fyodor Dostoevsky because he was an anti-Semite. We would live in a greatly diminished world if all books written by scoundrels or criminals were removed from the shelves. Sometimes sinners, having seen into life’s shadows, may even make better storytellers.

But despite my agreement with the principle Kaufman articulated, my instinct was to defend Eichlers. I don’t claim to have any special insight into the storeowners’ business decisions, but it seems to me that one justification for Eichlers’ censorship hearkens back to an older, traditional way of looking at knowledge and its purposes. One could say that the attitude of today’s censorious zealots is “post-liberal” in that it reflects the malaise of a society that has become untethered from its pluralist foundations, including the free exchange of ideas. But unlike this kind of punitive cancellation, I believe Eichler’s decision to remove Walder’s books from the shelves reflects a pre-liberal sensibility that’s worth closer examination.

There is a likely-apocryphal story I often heard in my yeshiva days about a distinguished professor of ethics who was confronted over his serial philandering with his pupils. (Sometimes the professor was identified as Bertrand Russell.) The philosopher’s reply: “Is your geometry instructor a perfect triangle?” The anecdote was intended to contrast the values of yeshiva education to the supposed ethical bankruptcy of the secular university, where ideas are pursued without moral guardrails. This vain pursuit, it was thought, would lead to the rankest sort of hypocrisy.

By contrast, an explication of the traditional Jewish view of education can be found in the work of the 18th-century Jewish philosophe Moses Mendelssohn. A product of the German enlightenment and friend of some of its leading figures, Mendelssohn nonetheless retained his commitment to Judaism—and to scrupulous observance of its commandments, a position he explicates in Jerusalem, the best-remembered of his works. Here he devotes attention to the origins of writing and the effects of literacy on the human condition. This historical speculation paves the way for his explanation of the Oral Torah which, according to tradition, was given to Moses at Sinai along with the text of the Pentateuch, and was only written down hundreds of years later, as the Talmud:

It was with great reluctance that the heads of the synagogue in later periods gave permission—which had become necessary—to write about the laws. They called this permission a “destruction” of the law. . . . According to the original constitution, however, it was not supposed to be like that. The ceremonial law itself is a kind of living script, arousing the mind and heart, full of meaning, continuously inspiring thought, and providing the occasion and opportunity for oral instruction. What a student did and saw being done from morning till night pointed to religious doctrines and convictions and drove him to follow his teacher, to watch him, to observe all his actions, and to get from this all the instruction that his talents made him capable of and that his conduct made him worthy of.

For Mendelssohn, the “living script”—that is, the example provided by the actual performance of the commandments—embedded in the human connection between student and teacher shapes the moral life of the student far more than words on a page.

Following this passage, Mendelssohn goes on to complain about the overreliance of the written word in his day. The printing press “has entirely transformed man,” and with the benefits it has brought, it has also imposed costs:

We teach and instruct one another only through writings; we learn to know nature and man only from writings. We work and relax, edify and amuse ourselves through scribbling. . . . The teacher reads his written lectures from the podium. Everything is dead letter; the spirit of living conversation has vanished. We express our love and anger in letters, quarrel and become reconciled in letters; all our personal relations are by correspondence; and when we get together, we know of no other entertainment than playing or reading aloud.

Judaism, to Mendelssohn, is an intact way of life that is more than the sum of its propositions and precepts. Religious teachings don’t exist as abstractions, as words on a page or disembodied ideas that can be separated from those teaching them, like mathematical equations. Jewish education ought to convey the inherited moral wisdom of a nation, and it must be handed down by someone who can simultaneously serve as teacher and role model.

Mendelssohn’s description of the ideal master-disciple relationship is one that would be familiar to any Orthodox Jew. And not only Orthodox Jews; I’d venture to say that just about anyone who has had a meaningful relationship with a rabbi or pastor or guru feels similarly. This kind of formative connection can also be seen in the mentorship of professors, bosses, and coaches.

This attitude toward teaching and teachers is so deeply ingrained and widely assumed in traditional rabbinic literature that it’s hard to find a text that articulates it explicitly. It was Mendelssohn’s encounter with modernity that forced him to acknowledge the contrast. But a few talmudic passages should provide a sense:

If teachers are to be honored as one honors the Creator, they must comport themselves accordingly. One can’t have this sort of awe of a teacher if he’s an adulterer, let alone a serial sexual predator. Then there is the astonishing passage in tractate Brakhot where a disciple hides under his master’s bed in order to observe him in his most intimate moments. The student gets caught, and his justification, that he must learn from his master’s conduct in all aspects of life, is deemed entirely admirable, even if he is told that he crossed a line.

This vision of the embodied transmission of moral and legal wisdom requires, as the Talmud asserts, that a scholar must be someone “whose inside is like his outside,” that is, “don’t talk the talk unless you walk the walk.” The institution of the Oral Law serves as the foundation for relationships in which teachers don’t just teach, but show disciples how to behave. Orthodox Jews today still wish to see religious works as Torah—teaching and instruction—and not as mere “scripts.”

This puts me, personally, at an impasse. Does the rabbinic position leave any room for the attitude that ideas, or works of art, can be evaluated separately from their creators? I believe it does, and that I can even reconcile my own contradictory instincts. After all, Maimonides exhorts readers to “accept the truth whatever the source,” which suggests that a work’s truth, or even wisdom or beauty, should be evaluated separately from its author.

Yet Maimonides’ dictum should be understood in light of the talmudic distinction between “wisdom” and “Torah.” To Walder’s readers, his works were a kind of Torah, a form of sacred education, not mere wisdom or literature, and therefore could not be accepted from an individual so corrupt. Just as no parent would knowingly put his own child in a class taught by a sexual predator, so too no parent would allow children to study such a person’s Torah. A mathematical proof, a physics equation, or a poem written by a wicked person is one thing; a religious work is something else entirely. In the latter case one simply cannot dissociate the teacher from his teaching.

The discovery that previously revered figures are in fact dishonest, or worse, is not new, but it will seem to happen more frequently in our era of social media and instant communication. As it does, we need to be prepared to draw distinctions. The removal of Chaim Walder’s work from Brooklyn bookshelves was an expression of something other than the excesses of contemporary cancel culture; indeed it reflected a noble tendency rooted in the Jewish tradition. At the same time, I won’t have any qualms when I finally get around to reading The Idiot.