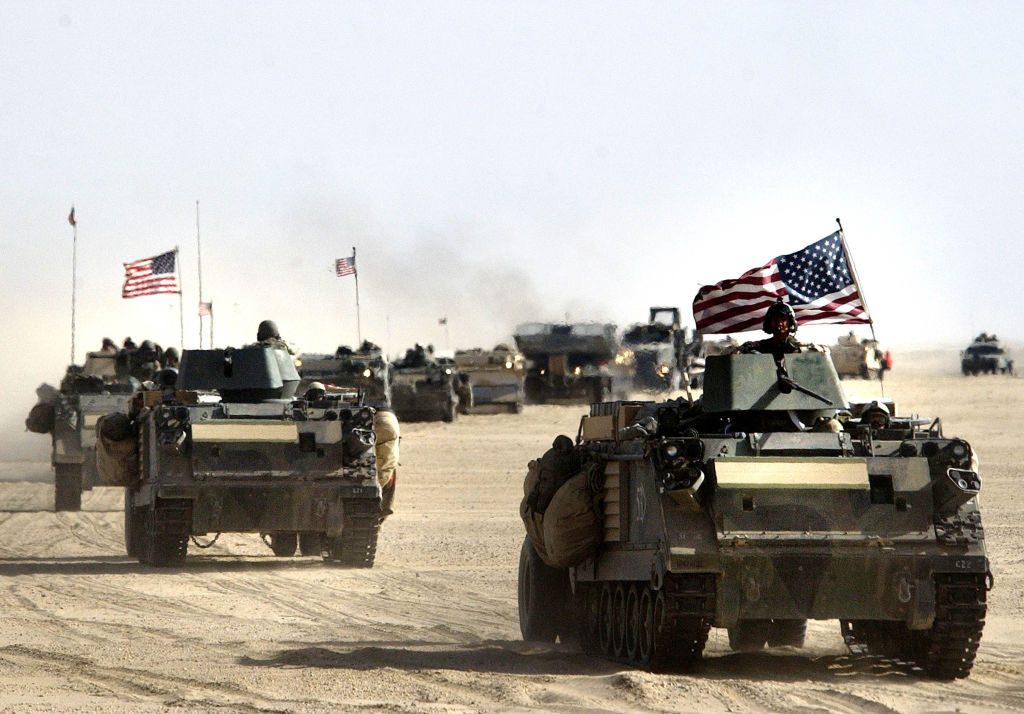 On the Iraq-Kuwait border, U.S. military forces move into position on March 18, 2003 ahead of a possible military strike against Iraq. Photo by Scott Nelson/Getty Images.

The United States of America is the most powerful nation in the world. But it is facing tests of its credibility in multiple theaters of conflict. What do America’s adversaries believe about the capacity and will of the United States to respond with force? Has America’s deterrent power diminished? If so, can it be built up again?

On this week’s podcast, the security expert and former Marine officer Aaron MacLean walks through the history of American power in the 21st century, showing how the decisions of political leaders have affected America’s ability to deter belligerent actors, from George W. Bush’s decision to invade Afghanistan and Iraq to Barack Obama’s decision to refrain from striking Syria. And, in conversation with Mosaic’s editor Jonathan Silver, MacLean explains why effective deterrence is so important and what can be done to restore it.

Here we are in the year 2022, and the last full-scale conflict between great powers was still the Second World War. It’s been a bloody period, I’m not saying it hasn’t been; there’s been plenty of war, suffering, and death, but frankly nothing on the scale that would have occurred if the United States and the Soviet Union had gone to war, or if the United States and the People’s Republic of China went to war today. Nothing, nothing approaching that level of devastation. The fact of nuclear weapons played, in my view, the decisive role in that. There’s been no evolution in the human consciousness, there’s been no magical development of self-enforcing norms that have prevented these wars.

When the Germans invaded Poland in 1939 or Belgium in 1914, they thought that they could win the war, and everyone else who mucked in basically thought that they could win or that they had to fight to survive, one way or another. That’s no longer the case, that’s no longer fundamentally the logic of strategy when you’re dealing with nuclear powers. Nobody wins a full-scale nuclear war, and perhaps more to the point, the leader who presses the go-button, unlike Kaiser Wilhelm or Adolf Hitler, probably dies a few minutes [after], which has a way of affecting your decision-making. The effect has been this remarkable period of global peace that has corresponded with this period of American leadership.