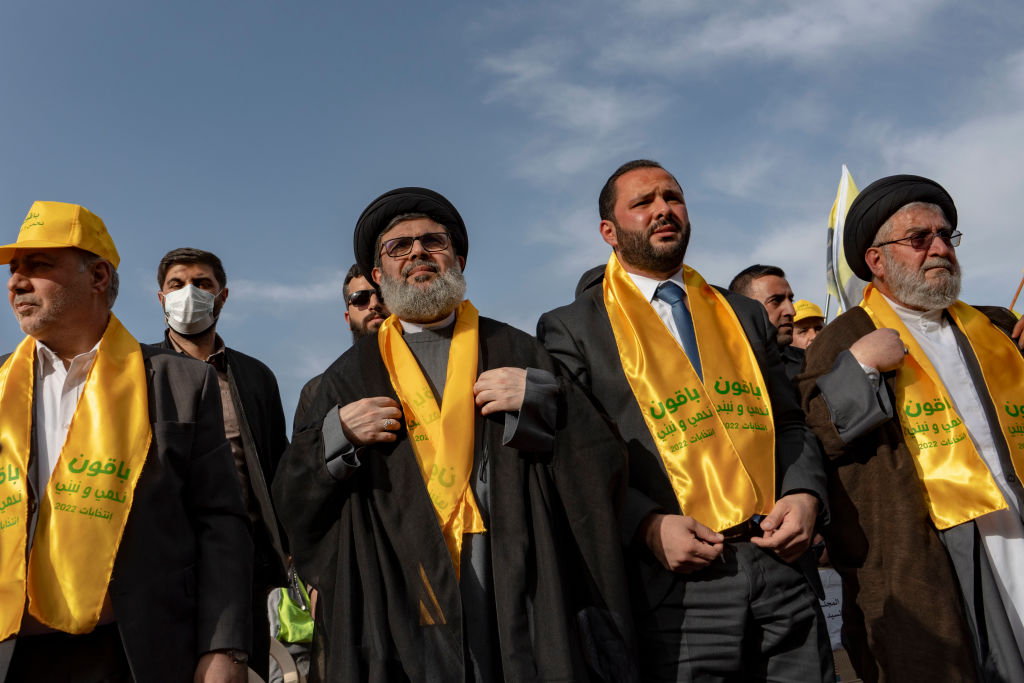 Senior Hizballah leaders await the speech of Hizballah head Hassan Nasrallah at a political rally in Lebanon on May 13, 2022. Photo by Francesca Volpi via Getty Images.

Since initiating a war against Israel in 2006, the Shiite revolutionary movement Hizballah has built a massive arsenal of rockets that continues to threaten Israel’s northern cities and towns. Hizballah is able to sustain this military posture because it also holds decisive sway in Lebanese politics.

Some observers think its political control is waning. In the Lebanese national elections on May 15, Hizballah lost its parliamentary majority, and Reuters reports that there are now “more than a dozen reform-minded newcomers” in the Lebanese parliament.

This week’s podcast guest takes a different view. Tony Badran is a research fellow at the Foundation for Defense of Democracies, where he writes about the eastern Mediterranean and the Levant. To his eye, the idea of a weakening Hizballah is not only wrong, it’s exactly what Hizballah wants outsiders to think. In conversation with Mosaic’s editor Jonathan Silver, he explains why it serves Hizballah’s interests for Westerners to think that it’s weak when it’s not—and how even when Hizballah loses seats in Lebanon’s parliament, it doesn’t lose governing authority.