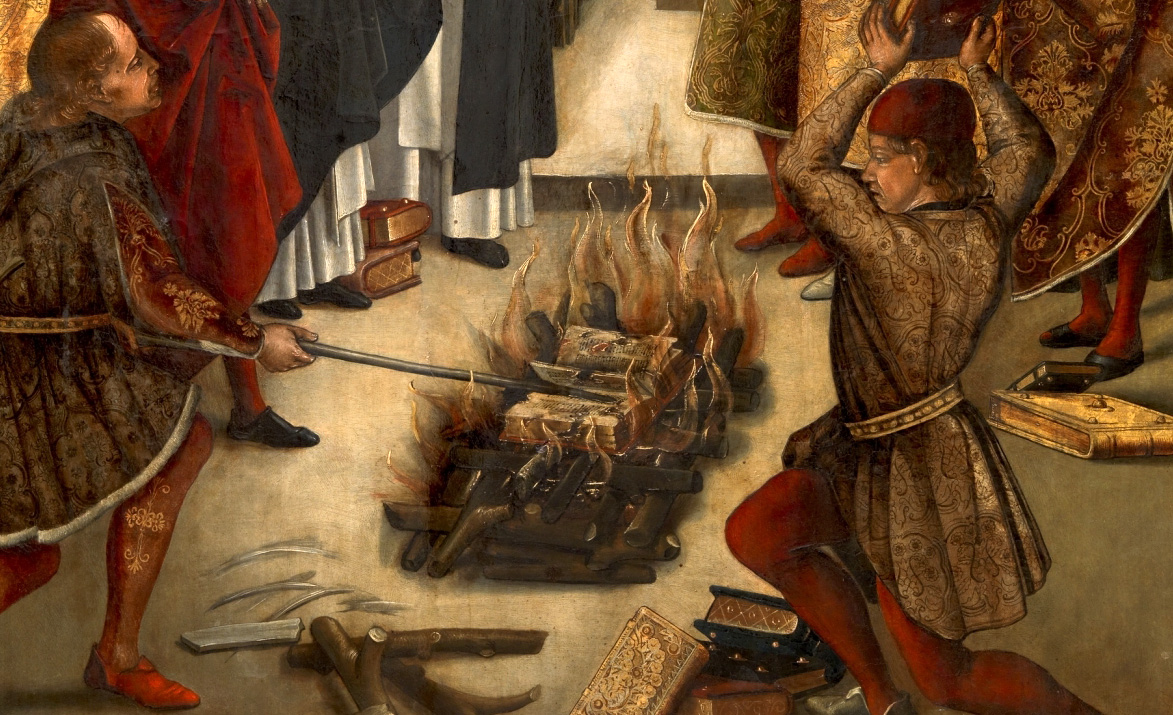 “Bonfire of the Humanities.”

Thus proclaimed the Washington Post in a recent data-heavy story on the state of the humanities on the American college campus. As the story pointed out, enrollment in fields like history, philosophy, theology, and classics is down 50 percent or more since peak enrollment in the early 2000s, while enrollment in some social sciences—like political science, which sometimes has a humanistic bent—has suffered similar if less precipitous declines. Meanwhile, of the students who persisted in recent years with liberal arts degrees, nearly 50 percent express regrets about what they studied.

What’s behind the decline? Explanations vary, including the straightened economic conditions since the 2008 financial crisis, the proliferation of smartphones and the meme-ification of politics and culture, and the rise of more lucrative as well as inherently interesting fields such as computer science. But any way you spin it, the liberal arts are cratering on campus.

Yet something interesting is happening beyond the quad. Enthusiasm for the topics that the humanities treat is stronger than it has been in a long time. Witness the explosion of a whole new set of theory-heavy journals and podcasts expressing every conceivable ideology and religious or political point of view. Online educational efforts, and in-person summer programs, for college students in religious studies, political thought, philosophy, and grand strategy have also proliferated, with a good deal of success. Previously niche professional theorists, like Columbia’s Adam Tooze, have attained Internet stardom and growing cult followings.

Indeed, one of the most notable Internet phenomena of the last half decade or so is the rise of the Theory Bro. A Theory Bro is someone of any gender, typically in his twenties or thirties, who may or may not have formally studied liberal arts in a university but who is nonetheless ravenously devoted to philosophic, literary, and theological works. There are Jewish Theory Bros and Catholic Theory Bros, though, as on the U.S. Supreme Court, Protestants seem to be somewhat underrepresented.

Generally, Theory Bros lean left. To paraphrase the economist David Goldman, there may be more committed Marxists on Theory Bro Twitter than there ever were in the Soviet Union. There also a wide variety of right-wing Theory Bros, who range from arch-atheists to new nationalists to defenders of a theologically reintegrated state. If you follow the right Twitter accounts you enter a world in which the finer points of Aristotle, Marx, Leo Strauss, and Nietzsche remain subject to contentious debate, and self-proclaimed disciples of these thinkers analyze contemporary phenomena through the alleged lenses they provide. I recognize something of my younger self in the online Theory Bros, and the phenomenon makes me grateful that the Internet was not as well advanced when I was at university.

This should not be as surprising as it might seem. There is a limit to how far interest in humanities subjects can decline in a civilized society. A certain proportion of intelligent people who wonder about the mysteries of life will always seek the best and deepest reflections on it, and the best and deepest reflections are to be found in and around the “wisdom literatures” of Western and other traditions. Provided the intercontinental missiles aren’t launched, interest in the humanities won’t completely wither any time soon even, if it becomes the preserve of a small band of troubadours.

What are we to make of the seeming migration of the humanities out of the classroom and into other spaces, including the wild precincts of the Internet? Some observers of the sociology of knowledge are positively elated about the prospect of freeing the great works from the professors of the great works. You can see where they’re coming from. Have the professors been solid custodians of these texts? Well, the ideological vanguard among them proudly proclaims the irrelevance of the works and subjects they are supposed to champion. The majority, for their part, are but nice professionals, essentially molded by and comfortable with the infinite bureaucratic hula hoops one must sway through to do well in the modern university. There are some exceptional teachers remaining in the academy, and as we’ll soon see, they have a vital role to play. But generally, humanities professors are not an inspiring bunch.

Freed from this stifling atmosphere, the anti-university or pro-online-Theory Bro argument goes, great literature can rise again. Interested young people can discover important thinkers who may not be on the syllabus and learn about them from teachers who probably know much more than the fellow who happens to be tenured (or not) at their university. I’ve seen young Theory Bros discover neglected thinkers from Xenophon to Leo Strauss for themselves, clearly unprompted by any academic study or professorial guidance. Well-curated online resources such as the “Great Thinkers”—a project with which I have been involved—may have played their constructive part too.

But there’s cause for serious reservation in this domain as well. When you look more carefully into the online theory discourse, you see how messy, sophomoric, and, in some cases, even dangerous and disfiguring it can be. The excesses of online leftist theory have been well documented. But things are not great on the right either. I yield to virtually no one in my admiration for Leo Strauss, the greatest interpreter of political philosophy in the 20th century. But on Theory Bro Twitter, you’ll even find self-described Straussians who traffic in “race theory” and anti-Semitism—ironic given Strauss’s defense of the Jews and Judaism, as well as his general humanism. Some Theory Bros on the right, following a pseudonymous, half-educated writer who goes by Bronze Age Pervert, invoke Strauss and Nietzsche and worship classical aesthetics while stressing race, blood, and soil. Americans of a certain age tend to see calls to “return to the classics” as either benign or constructive, remembering how fruitful the liberal-arts movement of the post-War World II era had been. But there have been other far less happy intellectual movements built around a “return to antiquity,” notably in the Germany of the 1920s. (Interested readers can consult the McGill historian Peter Hoffmann’s Stauffenberg for the definitive account of how this worked). This is one place where good teachers are important, for they know how to nip this nonsense in the bud, and channel it in fruitful directions when it shows up in the classroom. On the Internet, there’s no one to play that role, and so it spreads and grows unchecked.

None of this, including the radicalism, should be surprising. The confrontation with the deepest thinkers in philosophy, politics, and literature is always potentially radicalizing, since it lives in and often exploits the area between how the world is and how the world ought to be. Settled opinions and received dogma are questioned. Searching minds are bound to consider unnerving possibilities. The “life of the mind” is inherently risky.

Here teachers and institutions must play a constructive role. A certain kind of moderation and gatekeeping is necessary for the great works of literature. Teachers are needed to protect good ideas from being used badly, while also protecting future Theory Bros by making sure they go about their business honestly and without cutting corners. (The great writers do a good deal of this in their own writing, but that’s another story). A good course of education in the humanities follows a kind of due process, where ascending to the most difficult theoretical subjects must be preceded by mastery of simpler ones. Getting something from Hegel’s Philosophy of History first requires some basic knowledge of world history. Understanding Plato requires some basic understanding of the nature of an allegory. For all their flaws, university curricula in disciplines like philosophy made sure that students had to have at least grappled with the basics before advancing onwards and upwards. Of course, they used to get some help from high schools, which they increasingly do not.

It is certainly far too much to expect, in a democratic society, that every student adhere to these forms and follow rigid educational curricula, which are themselves holdovers from the pre-democratic age. And no educational structure is itself a guaranteed cure for radicalization or for the bad use of good ideas. But some disciplining structures, whether in a university setting or without, must be maintained or built anew. New ways must be found to get humanities students, whether they study them in university or not, the instruction, guidance, and credentials they need. Otherwise, we shouldn’t be surprised if the Theory Bros of today become the revolutionaries of tomorrow.