Podcast: Carl Gershman on What the Jewish Experience Can Offer the Uighurs of China

A Jewish democracy activist joins us to talk about the oppression of the Uighurs in western China, and whether the Jewish experience has any survival strategies to offer. 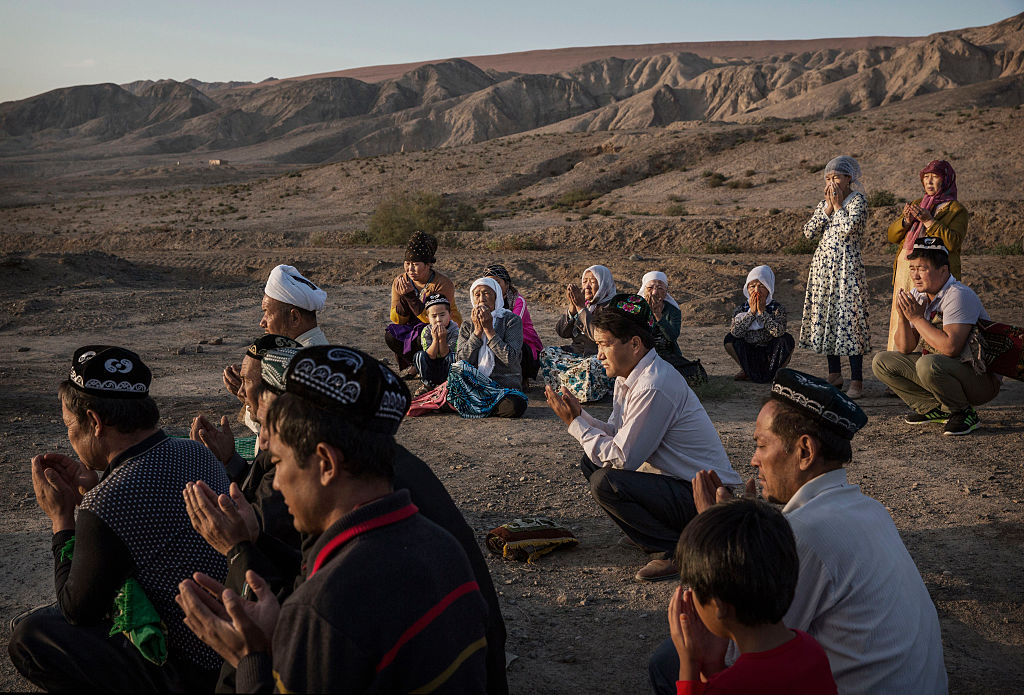 A Uighur family prays at the grave of a loved one on September 12, 2016 at a local shrine and cemetery in Turpan County, in the far western Xinjiang province, China. Photo by Kevin Frayer via Getty Images.

Observation
Carl Gershman and Tikvah Podcast at Mosaic
About the authors


Carl Gershman is a Senior Fellow at the Raoul Wallenberg Centre for Human Rights and was the president of the National Endowment for Democracy from its founding in 1984 until 2021.

The Uighur people is an ethnic group historically located in central and east Asia; the bulk of its population lives in western China. In recent years, the Chinese Communist Party has severely restricted Uighur religious life and has detained many Uighurs in mass re-education and work camps. On this week’s podcast, inspired by a conversation he had with the Dalai Lama of Tibet, the democracy activist Carl Gershman joins us to think about whether the Jewish experience can offer anything to the Uighurs. Gershman, who founded the National Endowment for Democracy in 1984, talks with Mosaic’s editor Jonathan Silver about the plight of the Uighurs, how Jews have improbably survived throughout the ages, and what survival strategies the Uighurs might be able to apply to their own situation today.

You [the Uighurs] have to figure out a way, based on your own cultural, religious, and intellectual traditions, to [survive]. I said this in the speech because a Uighur friend of mine told me this, that they were already starting to do it by starting language schools for children. They were republishing books that were banned in China; they were writing new books; they were writing poetry. Poetry is quite remarkable for the Uighurs—it’s almost the main instrument that is used for cultural survival. Poets among Uighurs are like rock stars in the West. They’re very popular and they’ve been imprisoned, so they’re trying to encourage the writing of poetry; they’re collecting cultural treasures; they’re writing a new encyclopedia.

This is beginning, and what I said to them is that it may be useful to you to have a dialogue. I may be Jewish, but I’m not a scholar of Judaism. You should meet with Jewish scholars and intellectuals to see if there is something you could learn from them. I indicated what I thought were a few lessons from the Jewish experience; one, [Rabbi] Akiva’s lesson of hope; second, the importance placed upon education in the Jewish world as a way of passing the faith along from generation from generation; and then third you have ceremonies like the seder and the lighting of the menorah.

Podcast: Carl Gershman on What the Jewish Experience Can Offer the Uighurs of China