There are three Hebrew expressions for the days from Rosh Hashanah through Yom Kippur. Two are well-known. The third? No one’s quite sure what it means. 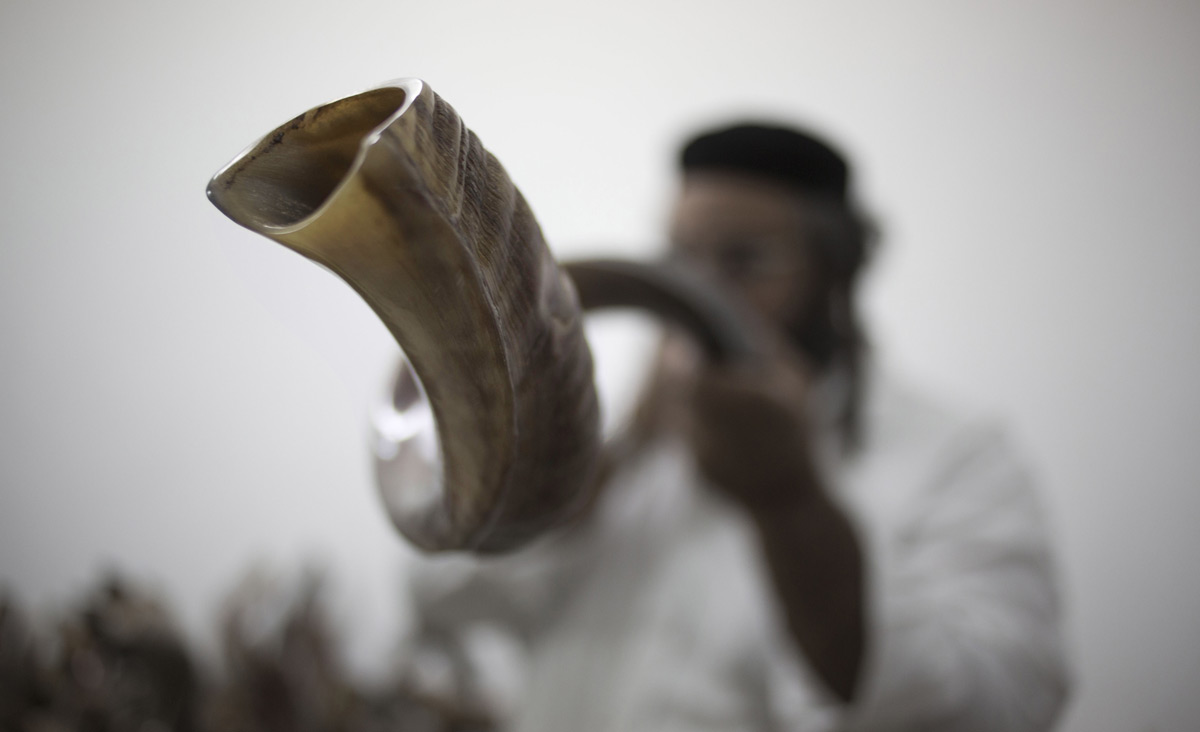 There are three Hebrew expressions for the days from Rosh Hashanah through Yom Kippur. Two are well-known: aseret y’mey t’shuvah, “the ten days of penitence,” and ha-yamim ha-nora’im, “the awesome days” or “days of awe.” The third, beyn keseh l’asor, “between keseh and the tenth [of the month of Tishrei],” is used less frequently, perhaps because Jewish tradition has always had its doubts about it.

What is keseh? The word is found in the verse in Psalms 81:4, Tik’u ba’ḥodesh shofar, ba’keseh l’yom ḥageynu, “Blow the shofar on the new moon, on the keseh of our festival.” Assuming that the word, spelled כסה in Hebrew, derives from the verb l’khasot, “to cover,” the early rabbis interpreted it as denoting the “covered” or invisible moon—that is, the period at the end of a lunar month when the sky is moonless. Since Rosh Hashanah, with its blowing of the shofar, is the only Jewish holiday to fall on the first day of a new month, when the moon re-emerges, this verse was taken to refer to it. As Rabbi Naḥman bar Yitzḥak states in the talmudic tractate of Rosh Hashanah: “What is the festival [in Psalms] on which the moon is covered? It can only be Rosh Hashanah.”

But the Talmud fails to take something into account—or at least fails to object to Naḥman’s interpretation. This is that, spelled כסא, keseh appears in one other place in the Bible. This is in chapter 7 of the book of Proverbs, which warns against consorting with wanton women. In it is a description of a young man accosted by such a seductress “late at night, at a time of deep darkness.” “My husband is not home,” she assures him. “He has gone on a long journey, taking his moneybag, and on the day of the keseh he will come home.” Here, keseh is opposed to, and designates a time later than, the darkness of an apparently moonless night. We are either dealing with two homonymous but different words, or with a single word, having variant spellings, that could not have meant “moonlessness.”

Such a suspicion accompanied Bible translators from the start. The Jewish-produced, 2nd-century-BCE Greek Septuagint, history’s first translation of the Bible, renders keseh in Psalms as “an auspicious day” and in Proverbs as “many days from now,” in both cases rejecting the meaning of “moonless.” In this it differs from history’s second Bible translation, the 2ndd-century-CE Aramaic version of Onkelos, which already reflects rabbinic thinking and freely translates Psalms 81:4 as “Sound the shofar in the month of Tishrei, in the month of our moonless festival.” For Proverbs 7:20, Onkelos gives us: “He has taken his moneybag, and on the day of the festival he will come home.”

The leading Jewish exegetes of the Middle Ages were not convinced by this. In his commentary on Psalms, the 11th-century Rashi, in one of his rare disagreements with the early rabbis, cites Naḥman bar Yitzḥak and continues: “But in my opinion, keseh means something like a fixed or predetermined time, as it does in ‘on the day of the keseh he will come home.'” Abraham ibn Ezra, writing a century later, agreed. Both men thought that the keseh of Psalms and the keseh of Proverbs were the same word and had to mean the same thing.

Here, though, we need to backtrack to history’s third Bible translation, the church father Jerome’s 4th-century-CE Latin Vulgate. Strangely enough, while rendering keseh in Psalms as die sollemnitatis nostrae, “our solemn [or “appointed”] day,” Jerome translates it in Proverbs as in die plenae lunae, “on the day of the full moon”—the very opposite of the rabbinic reading! Not only that, but many modern Bibles have gone along with him. One is the 1919 English translation of the Jewish Publication Society, which renders keseh in both Psalms and Proverbs as “the full moon.” Can the JPS have considered Jerome a greater authority than the early rabbis?

It did not, of course. What guided it was not the Vulgate but the new disciplines of Near Eastern archeology and linguistics. These fields had grown by leaps and bounds in the 19th century, and excavations had turned up numerous cuneiform tablets written in a hitherto unknown language, given the name of Akkadian, that turned out to be the extinct tongue of the ancient Babylonians. Numerous Akkadian texts were deciphered; lexicons were compiled; and in these was the astronomical term kussu, “full moon.” The word occurred often enough to leave no doubt about its meaning—a meaning known, it would seem, to Jerome, who, although Akkadian was no longer a spoken language in his day, may have met scholars who still knew it.

Akkadian was not biblical Hebrew. It was, however, a Semitic language related to Hebrew with thousands of words that had Hebrew cognates. By treating keseh as a cognate of kussu whose meaning was forgotten by Jews in post-biblical times, it was possible to harmonize Psalms 81:4 and Proverbs 7:20. In the JPS translation, the harlot of Proverbs, speaking on a moonless night, says her husband will return when the moon is full, while Psalms tells us to blow the shofar on the day of the new moon and again on the festival of the full moon. Thus, even if this passage refers to Tishrei, the “festival” in question is Sukkot, which falls in mid-month, not Rosh Hashanah. (Although the shofar is not blown on Sukkot or on holidays other than Rosh Hashanah, such a custom may have existed in biblical times.)

It’s not open and shut. One can’t rule out Naḥman’s being right. It’s even possible that keseh denotes moonlessness in Psalms and is a different word in Proverbs that means the reverse. All we can say for sure is that, in all the confusion over it, beyn keseh l’asor never became as popular an expression as did its two rivals.

A happy new year to you all!