For the Torah, Women Aren't Commodities, and Marriage Isn't a Pro-Forma Prelude to Sex

The point of the Torah’s rules on foreign brides and divorce. 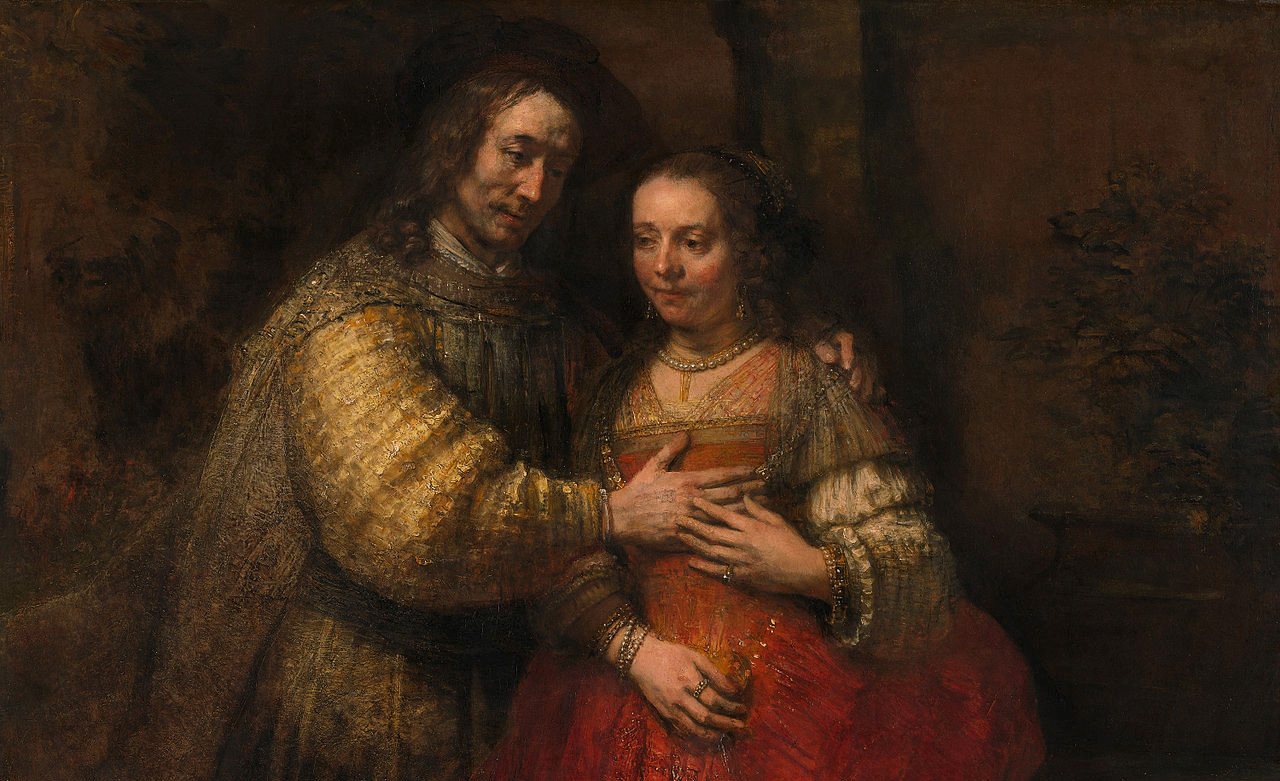 If you go out to war with your foe
And the Lord Your God puts him in your hand
And you take some of them captive,
And you see among the captives
A woman who’s good looking
And you fancy her,
Then you’ll take her for yourself as a wife.

Thus begins this week’s Torah reading of Ki Tetsei (Deuteronomy 21:10-25:17), which includes a bevy of rules and regulations regarding women and marriage and also regarding conversion and its implications for marriage. How does the parashah frame these issues? We have here the opening shot. You’re in the heat of battle, you’ve routed the enemy and taken his entire camp prisoner, and there among them is this really comely foreign lass. You’re really keen on her, you’re all fired up, you grab hold of her and. . . . Wait a minute! If you want to go ahead, you’ll have to make her your wife.

The Torah now pauses to clarify how this will work:

So you’ll bring her inside your house
And she’ll shave her head
And do her nails
And remove the dress of her captivity from upon her.
And she’ll sit in your house and weep . . . a month of days.

There is a tradition of interpretation, going back to the Talmud, which takes foreign-bride marriage as a very bad thing and reads these details as indicating disdain for idol-worshippers; in this view, the purpose of the regulations is to make the captive woman seem unappealing and to discourage the man from proceeding. First goes the hair, in general considered so erotic that subsequent halakhah will require a married woman to cover it. Second, the outfit: you know, that glitzy stuff they wear in Canaan. Out goes the glittery nail varnish, too. And then you have to listen to her weep.

Rashi, who very much follows this line of interpretation, thinks you’ll be put off at the sight—and if that’s not enough, she’ll also be underfoot for a month, allowing familiarity to breed contempt. But I take the passage very differently.

To listen to someone weeping is to be forced to acknowledge her humanity. The Torah is saying that whatever you may have thought you were up to, you have acquired not an object but a human being—and human beings cry, especially if they’ve just seen their city destroyed and their male relatives slaughtered, and have themselves been carried off into captivity. If you’re to be permitted to have intercourse with this particular human being, you’ll have to recognize her as such. Only then, a month later, will you get to consummate:

And after that you’ll come to her
And be a husband to her
And she shall be your wife.

It’s all in that verb—b’altah, which comes from the root meaning either “husband” or “master.” I’ve translated it as “be a husband to her” rather than “possess her” because the commentators agree: your obligations to this woman are equal to those you’d have toward an Israelite. True, the same verb is also a euphemism for intercourse or consummation, and is probably a blunter-sounding term than “come to her” or even “lie with her.” But the subsequent verses focus on clarifying the husband’s obligation:

But if it should come about
That you don’t like her,
Then send her to live her own life,
But you shall not sell her in a sale for money.
You shall not enslave her,
Since you raped her.

The word I’ve rendered as “rape” means, more literally, “afflict,” but it’s also the primary biblical term for rape. (The King James Version demurely gives “humbled her,” while the Jewish Publication Society compromises with “had your will of her.”) That is: given that you did not really listen when she was weeping and did not really understand whom it was you were getting into bed with and that there was no actual human communion, then what you’ve done is rape. You’ve taken a woman captive and despite the Torah’s proscription you’ve just made her your sexual slave. OK, now let her go. You will not keep her as a toy and you will not trade her for money or any other sort of profit. The Torah is very clear that sex is a binding arrangement, a promise. If you renege on that promise, the very least you owe the woman is her freedom.

This is the crux. You’re allowed to capture women in battle and even to make them slaves—but not sex slaves. That’s what ancient pagans did; it’s not allowed to Israelites.

Now let’s compare this with some of the other things this Torah reading says about marriage. Skipping ahead to chapter 24, we learn that if a man wishes to end a marriage, he must give his wife a bill of divorce. And then we get this:

If the next man who takes her to wife
Should die, her first husband who sent her out cannot
Turn around to take her to be his wife
After she’s been contaminated,
Because it’s an abomination before the Lord.
And you won’t make sinful the land
That the Lord your God gives you to inherit.

The key point here is the same one made about the captive: women aren’t commodities to be passed around, and marriage isn’t a mere, pro-forma prelude to sex. The whole point of this set of rules is to avoid the swapping of wives and dilution of the marriage bond, the intimacy of the act itself.

It’s easy to misread this passage as implying that sex—or at least sex with a second (or third) husband—is somehow contaminating for the woman but not for the man. I think such a reading gets it wrong. The divorced wife is not contaminated for anybody other than her first husband. They can remarry after divorce, but once she marries someone else, she is forever barred to her first husband.

But what about the word “abomination”? What exactly is it? Let’s go back to one of the intervening passages:

These verses passage seem to qualify and circumscribe the sceptical attitude to foreign brides that Rashi detects in the reading’s opening verses. This is especially true if we read the passage in accordance with the rabbis of the Talmud and midrash, for whom the prohibition against Ammonites and Moabites had been re-interpreted by the court of the prophet Samuel as applying to Ammonite and Moabite men but not women.

As if to drive home the point that not all foreign peoples are to be “abominated” but only particular peoples with particular moral failings, the Torah then prohibits you from labeling as treyf two tribes against whom you’d think you were perfectly entitled to bear a grudge: namely, Edom and Egypt. But there is a family tie to Edomites through their ancestor Esau, and you may not forget it. And there is also a moral debt to Egypt: you may have been slaves there, but you started out as honored guests. At least at the beginning, the Egyptians followed the commandment later given to the Israelites themselves: do not torment the immigrant.

So, in the end, is the Torah in favor of foreign brides or not? Let’s skip ahead again:

If a man takes a new wife,
He won’t go out with the army
And it won’t conscript him in any respect.
He’ll be clear to tend his house a whole year
And make glad the wife he’s taken.

Here the parashah comes full circle. It started out with a man procuring a bride in war; it ends with a man excused from war in order to be with his bride. And the reason for his draft deferment? It’s not for the heady pleasures of newlywed sex but to bring joy to his wife as a person and to tend to his house, his home, his family; the same Hebrew word, bayit, can mean all three.

There’s no need to downplay the importance the Torah ascribes to the ritual and legal strictures of marriage and conversion to appreciate that, ultimately, what it’s interested is strong marriages and families. It doesn’t matter if your wife was born an Edomite or an Ammonite or the daughter of Moses himself. What matters is that you treat her right.

For the Torah, Women Aren't Commodities, and Marriage Isn't a Pro-Forma Prelude to Sex