In Judaism, Holiness Is as Holiness Does

The fire at the core of Leviticus. 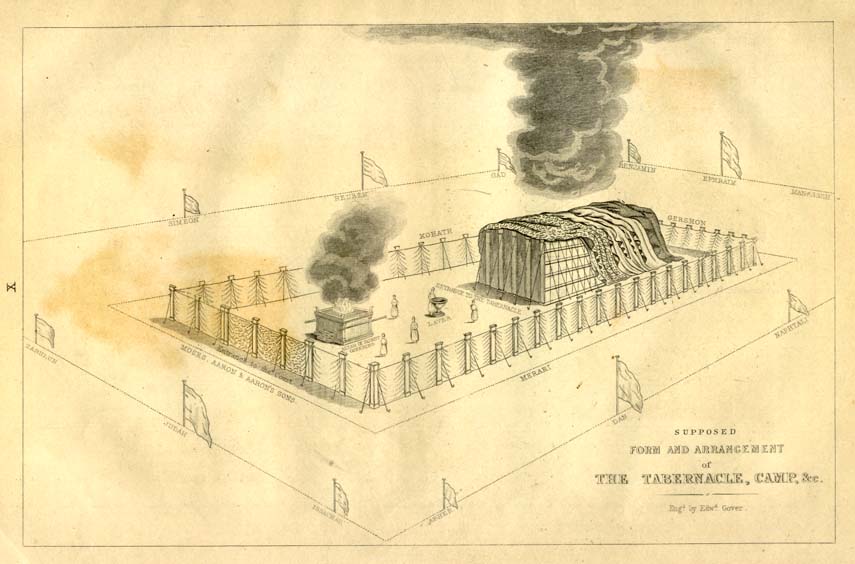 When most people think of Leviticus, they think of a book that is about Temple sacrifices and little or nothing else. Indeed, the ancient rabbis named it the “Teaching of the Priests,” and early Gentile translators concurred in giving us its current name, which means “having to do with the Levites”—that is, those responsible, along with the priests or kohanim, for carrying out the Temple service. Even the narrative portions, relatively scant as they are compared with any of the other five books of Moses, concern themselves primarily with the bringing of sacrificial offerings.

Hence the general perception that Leviticus is boring, technical, lacking in moral, ethical, or spiritual relevance to modern readers—a perception hardly dispelled by a cursory look at this week’s Torah reading of Vayyikra, comprising the book’s first five chapters.

But that impression is misleading. Much else is included in Leviticus: dietary laws, sexual prohibitions, the obligation to feed the poor and hungry, and such fundamental ethical guidelines as “do not stand idly by the blood of your neighbor.” The Liberty Bell takes its motto from this book (25:10): “Proclaim liberty throughout the land unto all the inhabitants thereof.” Throughout these disparate parts, if a single overarching motif links it all together it is the theme of holiness—a connection that makes sense, however, only if we take a particularly Jewish view of holiness.

In modern times, the most significant thinker on this subject was the German Protestant theologian Rudolf Otto, whose classic The Idea of the Holy, was composed in 1923—the same year in which the great Jewish theologian Martin Buber wrote his own masterwork, I and Thou. For Buber, at the heart of religion stood the reality of relationship, and in particular the relationship between man and God. For Otto, that place was occupied by an experience—what he called the mysterium tremendum.

Otto believed that the essence of the holy is encapsulated in the feeling of overpowering awe and mystery that accompanies an encounter with the divine, or, in his term, with the “numinous.” His idea exerted a lasting influence not only on theologians, sociologists, and anthropologists but also on thinkers as distinct as Martin Heidegger, Carl Jung, C.S. Lewis, and Joseph B. Soloveitchik. Several decades earlier, the German philosopher Ludwig von Feuerbach had written similarly about the sensation of our “creatureliness” that overwhelms us in the face of the awesome and unfathomable. Various religious practices and ideas may grow out of this response to the mysteries of the divine, but the experience of holiness is religion’s essential core.

In Hebrew, this non-rational, non-intellectual response is rendered by the term yirah, often translated as “fear” but better as “awe.” To descend from the lofty to the mundane, one might compare it, inadequately, with the emotion that can grip you in a movie theater upon first beholding King Kong appear on the big screen. Before feeling fear—will the giant ape crush the helpless blonde? how do I know he won’t jump through the screen and stomp me?—there is astonishment and wonder at the very sight of so ominous and uncannily tremendous a creature.

At first glance, Leviticus would seem to lend itself to Otto’s approach. Ancient sacrifice—the word “sacrifice” comes from the Latin and means to do something holy—was just such an experience of the uncanny, an experience that involved life and death, consuming fire, and man’s abasement before the Ultimate. Not a rational or utilitarian pursuit, sacrifice required acknowledgment of the numinous, the mysterium tremendum.

But does this actually capture the Jewish idea of holiness as it presents itself to us in Leviticus, let alone in later usage? Kadosh, the Hebrew word for holy, connotes “separateness.” The 20th-century Jewish theologian Eliezer Berkovits, on whom Otto had no small influence, argued that the essence of holiness lay precisely in this notion of separateness, which Berkovits understood as God’s way of removing the uncanny from the everyday. A holy people, which the Jews are called to be, is a separate people, a people who uniquely belong to God.

But there is another crucial aspect to the biblical notion of holiness, not encompassed either in Berkovits’s idea of separateness, or in Otto’s idea of awe before the numinous. In the Torah, as the Jewish theologian David S. Shapiro notes, the experience of existential dread comes less from acknowledgement of one’s “creatureliness” than from acknowledgment of one’s moral unworthiness. For Leviticus, as for the Jewish tradition in general, holiness is at its core thus not only a metaphysical but also a moral condition.

We see this in the separation required to be kadosh, which is a separation from things that are affronts to the proper moral stature of human beings: corpses, unclean animals, intercourse with close relatives, theft, fraud, and many other things that the Torah proscribes. In Leviticus 19:2, after telling the Israelites “You shall be holy for I, the Lord your God, am holy” (Leviticus 19:2), God spells out more than 60 do’s and don’ts; over two-thirds of them are ethical in nature.

In other words, holiness cannot be experienced by humans apart from obedience to the moral law. As Maimonides writes in the Mishneh Torah, his great code of Jewish law, “everyone who consecrates his life to God and liberates himself from the vain things to which most people pay homage is sanctified by God as ‘most holy.’” We find the same message in what might be the paradigmatic human experience of holiness in the Bible, the moment when Isaiah beholds God’s throne and hears the ministering angels exclaim “holy, holy, holy is the Lord of hosts”; immediately following this scene, God gives Isaiah a prophetic mission to reprove and improve the character of the people Israel. We find it again in the Hebrew formula for the blessing recited before performing a ritual: “Blessed are You, God, . . . Who has sanctified us [i.e., made us holy] with His commandments. . . .”

This is not to say that holiness is reducible to ethics; to be good, in and of itself, is not yet to be holy. True holiness does have something uncanny about it; like the burning bush, situated on holy ground, it is a fire that is not self-consuming. Rather, the numinous is a glimpse at the source of the ethical, and then it is through action that holiness can in turn be achieved by performing God’s work in the world and thereby translating the unfathomable into the tangible.

Finally, in Judaism a solitary individual may prepare for holiness, but the ethical task he performs is not truly holy if performed in isolation. Ethics is enacted through interaction with others, in community: there is more holiness in a minyan than on a mountaintop. Once we shed our preconceptions of Leviticus as a boring, technical work, this is the fire we find at its core.

In Judaism, Holiness Is as Holiness Does