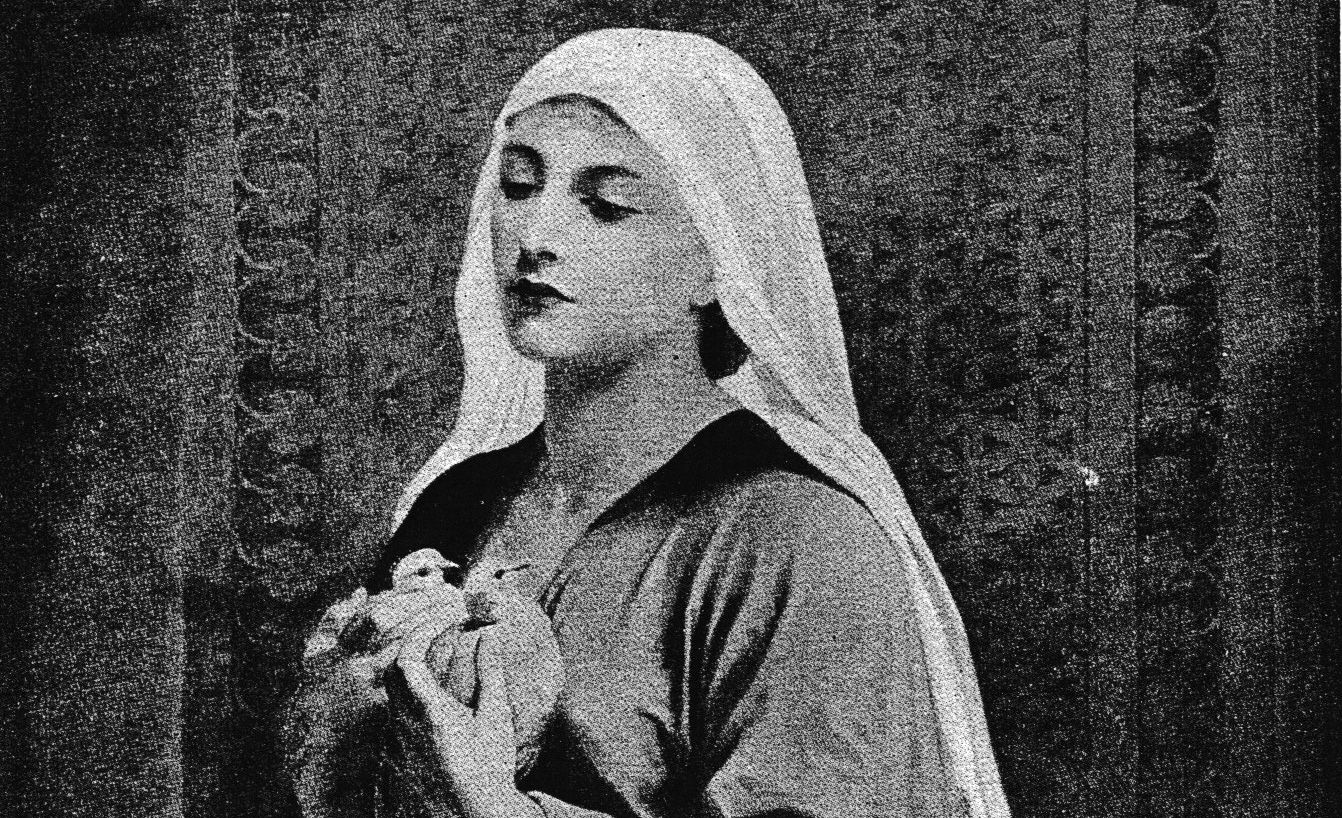 From The Poor Widow’s Offering by Frederick Goodall, 1904. Wikimedia.

The sections on purity and impurity in the book of Leviticus—which make up nearly a quarter of the book—are some of the most difficult for the modern reader of the Bible. The laws are complicated, the terminology obscure, the theological or moral message (if there is one) far from obvious, and some of the details (leprous houses, impure females) seeming logically or morally suspect. Even for the religiously observant Jewish reader, these passages, dealing with areas of halakhah rendered moot until the ultimate restoration of the Temple, may have little resonance.

One of the most confounding of such passages appears at the beginning of this week’s Torah reading of Tazria (Leviticus 12-13). Here God tells Moses that when a woman gives birth to a child, she is impure for several weeks, after which she must offer two distinct sacrifices: an “olah,” or burnt offering, and a “ḥatat,” or sin offering.

That a woman who gives birth should be required to bring a burnt offering is unsurprising, since this type of sacrifice, entirely consumed by the flames of the altar, is usually brought voluntarily or as part of the daily routine of communal offerings. It even brings to mind the theophany at Mount Sinai, when the Israelites offer such sacrifices at the foot of the mountain. In this sense, the requirement to bring an olah offers a kind of spiritual opportunity for the mother to build on her experience of childbirth, suggesting, perhaps, a parallel between giving birth and God’s revelation to Israel at Sinai.

Harder to understand is the second requirement: to bring a sin offering. The Bible consistently frames the commandment to bear children in positive terms, as the sacred responsibility of all of humanity. In Genesis, God blesses Adam and Eve by telling them that they will be “fruitful and multiply,” and the spirit and language of this benediction inform the rest of the Bible as well as the rabbinic understanding of childbearing. So why does the new mother, who has just fulfilled this great commandment, need to atone? Unless we are to write off the commandment as entirely absent of moral content, or as some sort of inexplicable divine decree, there must be something more at work here.

In her influential readings of Leviticus, first in Purity and Danger (1966) and later in Leviticus as Literature (1999), the anthropologist Mary Douglas sought to make sense of some of the book’s most confounding aspects, especially its purity laws. According to Douglas, Leviticus designates as sources of impurity not things that are morally sullied but things that by their very nature are unbounded and cannot be hemmed in. After all, Levitical impurity is a temporary state during which a person may not enter the Temple or eat certain consecrated foods; it is not some sort of punishment.

Drawing on her research into indigenous tribes in Africa and Asia, Douglas further makes the case that oftentimes Leviticus prohibits in order to protect. Thus, the new mother is barred from entry to the Temple because the boundary-breaking experience of childbirth cannot translate neatly into a covenantal Temple framework, which is made up of an elaborate system of divisions and separations. Only after some time has elapsed does Scripture expect her experience with infinity to be sufficiently tempered as to allow her to enter the orderly realm of Temple ritual.

But, although Douglas’s theory has its attractions as an explanation of the new mother’s impurity, it still fails to account for her obligation to bring a sin offering. Here we must look to traditional Jewish sources. Perhaps the most famous rabbinic explanation is the one proffered by the Babylonian Talmud:

Rabbi Shimon bar Yoḥai was asked by his disciples: why did the Torah ordain that a woman bring a sacrifice after childbirth? He replied, “When she kneels in labor she swears in the heat of the moment that she will never again have intercourse with her husband. The Torah, therefore, ordained that she should bring a sacrifice.”

In other words, the woman in extremis takes an oath that she will later want to break and must therefore atone for having sworn in vain.

While this reading answers one question, it raises others. Perhaps some women do swear such an oath during childbirth, but certainly not all and likely not even most. Moreover, in emphasizing the woman’s role as wife rather than as mother, this interpretation seems to go against the grain of the scriptural text, which nowhere mentions the woman’s husband. The Talmud here seems to be going out of its way to bring him back into the picture.

Still, there is something profound about bar Yoḥai’s interpretation. Childbirth is an enormous blessing and also necessarily involves hardship and pain: an isolating experience that can test our relationships with others. Also, a mother and her new child, in the intense and powerful process of bonding, may exist in a world apart. The sin offering brings the childbearing woman back to her community, not just by removing her impurity so that she can return to the Temple but by requiring that she do so. It also, according to this reading, brings her back to her husband and her marriage.

Taking a different approach, Rabbi Shlomo Ephraim Luntschitz (1550-1619), in his homiletical commentary on the Pentateuch titled Kli Yakar, connects the sin offering of Leviticus’ childbearing woman with Eve’s sin and subsequent punishment in the book of Genesis. There, the penalty for eating of the Tree of Knowledge is, for man, the hardship of labor in the field and, for woman, the hardship of labor in childbirth. Since the birthing mother’s suffering derives from Eve’s sin, she thereafter is required to bring an offering in atonement of that sin. Luntschitz, perhaps inspired by bar Yoḥai, adds that in the process of labor the childbearing woman cries out in pain against God Himself, committing her own sin that implicates her in Eve’s.

While contemporary readers might find Luntschitz’s answer more coherent than Shimon bar Yoḥai’s they are unlikely to find it particularly inspiring. Not only does atoning for original sin seem a more fitting concept in Christianity than in Judaism, but if women are required to atone for Eve’s sin, why aren’t men required to atone separately for Adam’s? We might better appreciate Luntschitz’s interpretation by viewing it through the lens of a centuries-later essay on Adam and Eve by Rabbi Joseph B. Soloveitchik. That essay, included in the anthology Family Redeemed, does not directly address Leviticus’ childbearing woman but echoes Luntschitz’s commentary by asserting that childbirth is always connected to Eve’s curse and is an inescapable part of what it means to be a woman. “Drinking from the cup of sexual pleasures,” Soloveitchik writes, is an act “impregnated with pain and suffering. The woman succumbs to the divine curse in her confrontation with her own self as a mother.”

That giving birth to a child is both painful and an imposition on the mother’s freedom is of course a commonplace, but Soloveitchik finds striking the way that women nevertheless seek and embrace this condition. Childbirth, in other words, is a process in which pleasure and pain, life and death, purity and impurity, are intermingled and become inextricable from each other. The two sacrifices of Leviticus 12—one for spiritual elevation, one for atonement—symbolize this dialectical nature.

For Soloveitchik, moreover, Eve’s curse not only reflects upon womankind but illuminates aspects of the divine as well:

We feel the presence of God within creation as the Sh’khinah [the immanent, feminine aspect of the Godhead], as Deity imprisoned in finitude, revealing Itself through the limited, determined, and restricted, as the Princess in exile. . . . Little wonder that we experience the immanence of God in the whole of the cosmos as the suffering, bearing, tending, and nourishing Mother, with whom natural necessity interferes and who is bound by indissoluble ties to an inalterable order of things and events.

The mother of Leviticus 12 thus brings a sin offering to atone not only for herself but, via Eve and her curse, for all mothers—and also, to a certain extent, for the bounded and limited nature of God in our world.

Soloveitchik has in mind here the kabbalistic notion that God had to contract or limit Himself in order for His presence—the Sh’khinah—to enter the material world and become accessible to humans. But this bounded form of divinity, disconnected from its source, is a “Princess in exile.” In this sense, the mother’s sin offering transcends the realm of ritual prescription and becomes a much larger statement about the universal human experience of motherhood and the theological notion of God as Mother of humankind.

Recall that, for Douglas, the childbearing woman must be temporarily barred from the Temple because childbirth is by its nature unbounded. While Soloveitchik, too, focuses on the imposition and removal of boundaries, he sees giving birth both as a limiting experience and as a transcendent one, binding the mother to a universal order that was itself established when God limited an aspect of His own being. In this reading, the constricting aspect of birth opens up possibilities both for human relationships and, in the theological parallel, for God’s role in His creation. And in that light, the beginning verses of Tazria appear not only less troubling but as sweepingly significant and morally profound.