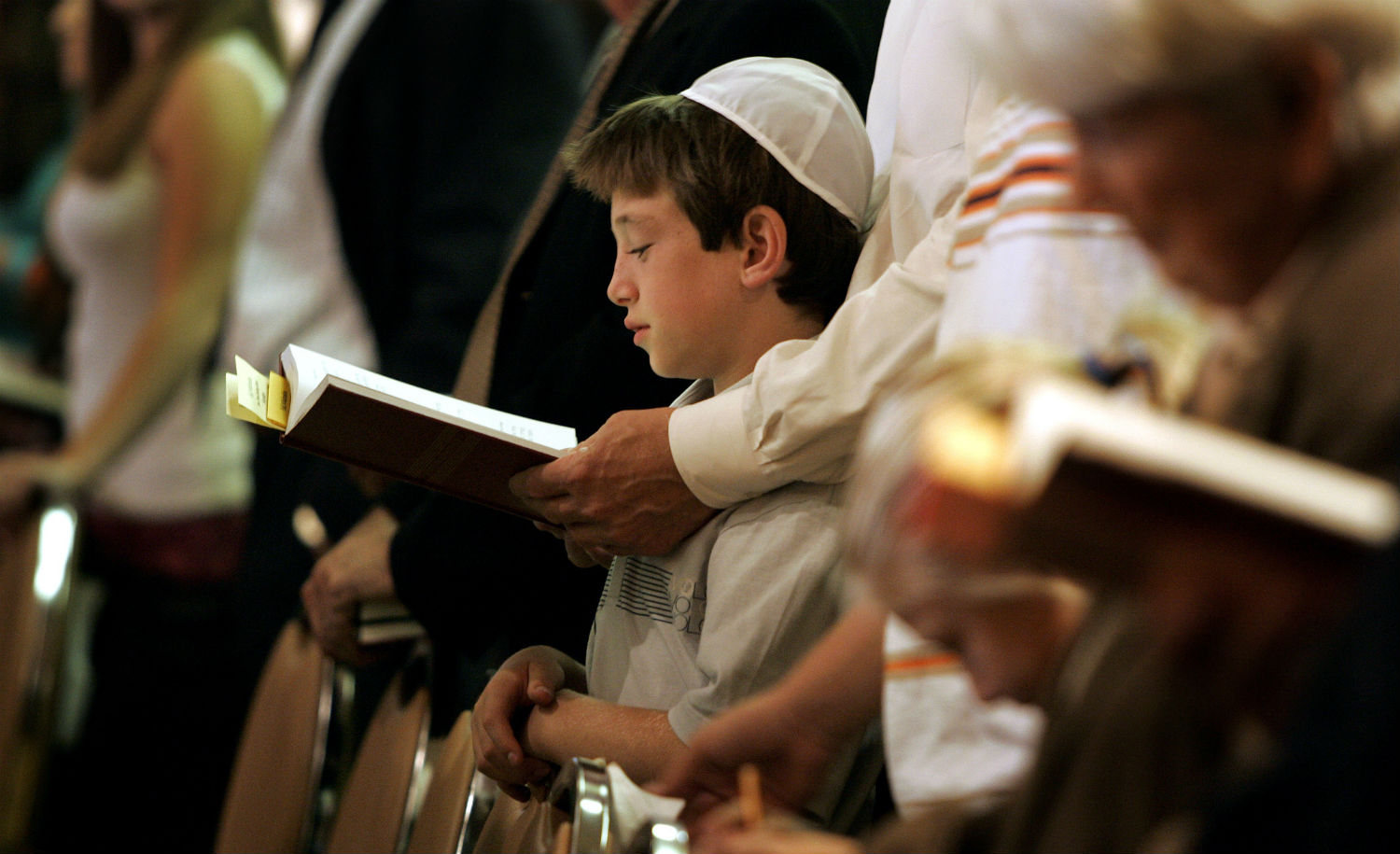 Two great liturgical songs perch together in the early pages of the daily prayer book. Most often recited at the end rather than at the beginning of the service, they represent rival attempts to summarize Judaism under a single handy rubric. Since, in both cases, the history behind the rubric is not so simple, looking at where each came from and what it draws upon can tell us a great deal about both Judaism and Jewish liturgy.

One of the poems, known from its opening word as Yigdal (“May [God’s Name] Grow Great”), owes its existence to Moses Maimonides (1138-1204) and specifically to his Arabic-language commentary on the Mishnah. There, in an introductory essay to the tenth chapter of the tractate Sanhedrin, Maimonides presents thirteen “principles and foundations of our law.”

In general, as his biographer Herbert Davidson notes, Maimonides had a philosopher’s weakness for identifying principles. (In that vein, he came up with a cluster of three principles regarding culpability in transferring items from private to public premises on the Sabbath, four principles underlying the laws of Levirate marriage, and so on.) But that’s not all. In formulating at least one of his thirteen major principles, the one concerning prophecy, he had, Davidson writes, “no apparent qualms” about “mandating that every good Jew conceptualize prophecy as it was conceptualized by the Arabic Aristotelian school of philosophy.”

Their debt to Greek philosophy aside, the thirteen principles acquired a life of their own. They also spawned a new literary genre in which successive Jewish thinkers attempted to formulate their own single body of dogma for this most multi-vocal of religions. Meanwhile, once the original Maimonidean thirteen principles were translated into Hebrew, they became embodied in two different literary forms.

In prose, the recasting of the thirteen principles, now known by its repeated opening phrase as Ani Maamin (“I believe”), entered the liturgy as a credo to be recited at the individual’s discretion. Its author is unknown, but it can be found in most printed prayer books today and exists in two versions, a shorter Sephardi one and a slightly more detailed Ashkenazi one. Both versions omit the philosophical technicalities of Maimonides’ original.

In poetry, over 90 settings of the thirteen principles were made, of which Yigdal is the most popular. It is attributed to Daniel ben Yehudah, a lyricist of the second rank who lived in Italy around 1300.

Interestingly, neither a poetic nor a prose version of the thirteen principles appears in the siddur used by Chabad Ḥasidim, or in the siddur based on the rulings of the anti-ḥasidic Gaon of Vilna. For their part, Yemenite siddurim include Yigdal but not the prose credo, despite Yemenite Jewry’s special veneration of Maimonides.

This diversity may well result from the complicating fact that, in the eyes of many, Maimonides was a great Jewish heretic. Copies of his comprehensive Hebrew-language legal code, the Mishneh Torah—and specifically the first volume, which deals with philosophical principles—were burned in the early 1240s by Jews scandalized by his effort to force Judaism into an Aristotelian framework. (When Christian authorities burned copies of the Talmud in Paris in 1242, some anti-Maimonideans took it as divine retribution upon them.)

Yigdal, however, has firmly embedded Maimonides not just in the consciousness but in the routine utterances and musical memory banks of most Jews. In my translation below I’ve included the final couplet, which appears only in the Sephardi siddur. The Ashkenazi custom is instead to repeat the penultimate couplet so as to round out the melodic structure.

Let the name of the living God grow great and be praised
Whose presence has no time, whose substance no date.
The One, with no one like Him alone,
Unknowable, and endlessly unique.
He has no body form nor any form,
We cannot draw comparisons unto His holiness.
Preceding every being in creation,
The prime, and nothing preceding His precedence.
He’s Lord of all the world to all that’s made,
He’ll teach His greatness and His majesty.
The torrent of His prophecy God bestowed
On men of His singular taste and gravity.
None like Moses arose in Israel once more,
A prophet who could gaze on His countenance.
A true law God bestowed on His own people,
Delivered by His prophet and faithful servant.
God will never exchange or deface His law
Forevermore or for any other.
Who sees and knows our secret stores,
Who looks to the thing’s conclusion before it’s born.
Who repays a man’s righteousness as he has wrought,
And gives the wicked woes fit to his wrongs.
He’ll send at end of days our redeemer
To ransom forth those awaiting His timely redemption.
The Lord brings dead to life in all His grace,
Blessed for all time be His praised name.
These thirteen principles form a base
To all the laws of Moses and his prophecies.

Then there is Adon Olam (“Lord of the World”): the second of the two poems I mentioned at the beginning. This work has been attributed variously to the great poet Solomon ibn Gabirol (11th-century Spain), Rabbi Shrira Gaon (10th-century Iraq), and an unknown ancient who preceded Shrira. A reference in its final lines to handing your soul over to the Lord at night may suggest that it is a song for evening recital, but the German-Jewish historian Ismar Elbogen notes that it appears in the evening service only on Friday nights and on the eve of Yom Kippur. By contrast, as a part of the daytime service, it entered siddur manuscripts around the beginning of Hebrew printing in the 16th century and spread to the vast majority of communities via the printed prayer book.

Unlike Yigdal, Adon Olam does not purport to be some sort of catechism, but it does run through many key theological principles. In contrast to Maimonides’ rather starker summation, it also smuggles into the liturgy a somewhat more comforting message. In particular, the concluding lines about handing over your soul to the Almighty at night reflect an idea lovingly elaborated in the Midrash on Psalms:

It is the way of the world that if you leave [cash] pledges with a man, he’ll exchange this one’s for that one’s and that one’s for this one’s because nobody can tell the difference. But not so is the Holy One blessed be He. . . . [A man of] flesh and blood, if you deposit new things with him, then he’ll return them worn and old, but the Holy One blessed be He—you deposit with Him worn and eroded things and He returns them new! Know you then that it’s also true for the laborer: he labors every day and his soul is weary to him and eroded, and while he sleeps he’s tired and resigns his soul and it’s deposited in the hand of the Holy One blessed be He. And before the morning service it returns to his body healthy and new.

I don’t know about you, but I find that more reassuring than Maimonides’ decidedly Aristotelian notion of the prophets as individuals of high intellectual attainment tuning in to the supernal Intellect. Moreover, Adon Olam ends on a rousing note, in exultation that if the Lord is with you—have no fear!

Solomon ibn Gabirol, if indeed he wrote this song, does not enjoy the same status in Jewish thought as Maimonides, but in his own philosophical work he was a kind of proto-Maimonidean, although influenced more by the 3rd-century Neo-Platonist thinker Plotinus (and his Muslim interpreters) than by Aristotle. Ibn Gabirol also never drew the same sort of criticism as did Maimonides. Even as Adon Olam checks many of the same theological boxes as Yigdal,  it offers a kinder, gentler version of Judaism:

Lord of the world who ever reigned
Before all that was made was made.
Till all was done at His behest,
Therefore as King His name was named.
And after everything is done
He alone will reign alone.
And He has been and he is being
And He will be in splendid perfection.
He is one and there’s no more
That is alike or of a kind.
Without beginning, without end—
And His the power and the might.
And He’s my God, my living deliverance,
My secure fate at time of strife.
And He’s my miracle and my place of redress,
My reckoning upon the day I ask.
Into His hand I place my soul
When I recline and when I rise.
And with my soul my body whole,
The Lord is mine, I shall not fright.

As far as halakhah is concerned, you are not required to say either Yigdal or Adon Olam if you don’t want to—unlike the case with other parts of the liturgy that you have to find silent time for in the course of the service if you’re tardy getting to synagogue. But there they sit, giving two anthem-like views of what Judaism boils down to—one as a rational, daytime hymn and the other as a friendlier song that, even though the mortality of the laborer resigning body and soul to God is only hinted at, takes care to address the fears and weariness of night.

In both cases, moreover, any disturbing elements in the original source were ironed out before the text was slipped into print. After all, as Herbert Davidson notes, the printed siddur was the work of businessmen, not rabbis. The latter may have occasionally been consulted, but the prayer book, as a printed book, was designed to sell and to serve, not to teach philosophical rationalism—or to terrify.