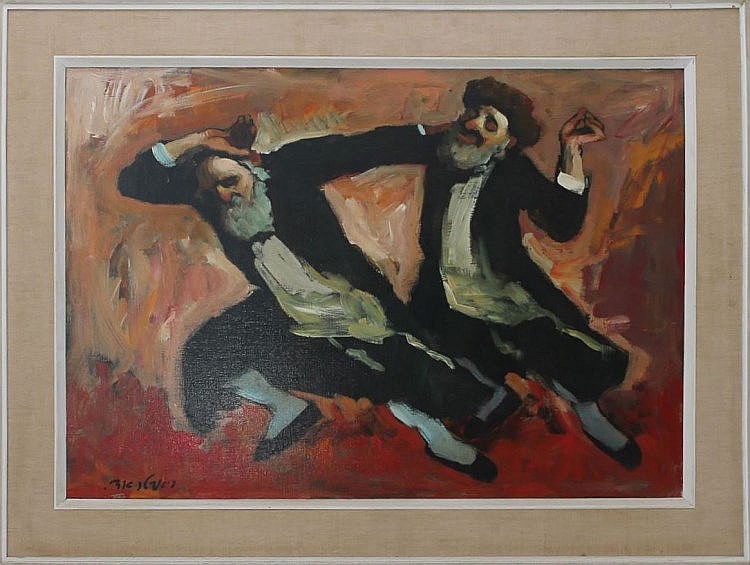 My appeal at the end of my column of two weeks ago for information on the expression “may his [or “her”] n’shamah [soul] have an aliyah” has met with a generous response. A large number of you have written to tell me what you know about this “bizarre” usage (as I called it), thus making it possible to construct a better profile of it.

To begin with, most of you who are familiar with the expression belong to Orthodox congregations and date your familiarity with it to the turn of the millennium or a bit later. Alon Mogilner, for example, writes from New York that, in his modern Orthodox synagogue, he’s heard it “for at least two decades or so.” Michael Schulder, also from the New York area, “first noticed it twelve years ago on the occasion of my mother’s first yortsayt.” Debra Warburg Victor, who lives in Israel, reports that she has been encountering it there for the last five years; in America, where she was raised and lived in an Orthodox community, she doesn’t recall having run into it. David Zuckerbrot also first heard it from English-speaking immigrants in Israel, where he now resides; he doesn’t recall it from “the New York of my youth.”

“May his n’shamah have an aliyah” has spread not just to Israel. Ben Savery writes from England that the expression is “pretty ubiquitous in Orthodox circles”; he first grew aware of it, he says, about ten years ago. But a few of you testify to having been exposed to it for longer. New Jerseyite Stephen Flatow writes that “I’ve heard in my shul ‘may the n’shamah [of So-and-So] have an aliyah’ for as long as I can remember,” and from Henry Gross comes the comment: “At every yortsayt kiddush I’ve attended (I’m sixty-five and grew up in Manhattan), a l’ḥayyim has been drunk to ‘the aliyah of the soul’ of the person being commemorated.” And although yortsayt gatherings seem to be the occasion on which the phrase is used most regularly—it is heard at them “all the time,” writes Avi Rockoff from Newton, Massachusetts—it is not limited to them. Another correspondent, Ms. H. Josef, reports:

I live in a ḥasidic neighborhood of Brooklyn. Though I myself am not ḥasidic, I understand Yiddish well, and di neshomeh zol hobn an aliyah is commonly heard in my neck of the woods on yortstayt days. It can be used at other times, too, whenever a dead person is referred to.

Yiddish apparently is, as Seymour Epstein, too, suggests in an email from Toronto, the source of the expression—or at least ḥasidic Yiddish is, where it may not be not very old, either. (No Yiddish dictionary or thesaurus that I know of gives aliyah a religious meaning other than that of being called up to the Torah.) From there it would seem to have osmosed to English-speaking ultra-Orthodox Jews, then to Modern Orthodox Jews, and finally, to some non-Orthodox circles as well. Another New Jerseyite, Eliot Malomet, rabbi of the Highland Park Conservative Temple, has this to say:

Like my colleague Carl Perkins [whose query led to my Philologos column of two weeks ago], I, too, bristle every time I hear the phrase, “May his [or her] soul have an aliyah.” At my post-minyan breakfasts, the minyan guys (and they are still usually all guys) raise a glass of schnapps for a l’ḥayyim, and if someone (generally the purveyor of the schnapps) is observing a yortstsayt, one of the others will say something like, “To your mother’s memory! May her n’shamah have an aliyah!” I can’t hear this without imagining the woman being called up to the Torah in heaven. It was an educated Jew, a man with a rabbinical ordination from Yeshiva University, who introduced my minyan to this unfortunate expression. But though it of course makes no sense, the guys like it.

But while Rabbis Malomet and Perkins find the expression unfortunate—a sentiment with which, as I stated two weeks ago, I concur—the world of English-speaking Orthodoxy has absorbed it in stride. As two other rabbis, Jonathan Mishkin and Baruch Frydman-Kohl, have let me know, there is even a book that bears it as its title, Rabbi Tsvi Hebel’s The Neshamah Should Have an Aliyah: What You Can Do in Memory of a Departed Loved One. Published in 2009, Hebel’s book explores the ways in which the living can “elevate” the souls of the dead in the World to Come by performing good works, giving to charity, and devoting time to Torah study on their behalf.

Yet as I pointed out in my previous column, the soul’s ascent to the World to Come—an ascent that can be viewed as being from the material world to the spiritual world, or from Gehenna and its punishments to Paradise and its rewards, or from lower to higher realms of Paradise itself—is what has been traditionally referred to in Judaism, since the Middle Ages, as iluy n’shamah. Thus, in a commentary on the first chapter of the book of Genesis, the 11th-century philosopher and homilist Baḥya ibn Pakuda speaks of how the soul “rises [mit’aleh] from elevation to elevation [me’iluy l’iluy] from this world, which is the world of bodies, to the world of souls.”

Still, there is little point in fighting a linguistic usage, however unfortunate, that has taken root. If iluy n’shamah and aliyat n’shamah, which once meant two different things, have now become conflated, no amount of language columns is going to sort them out again. How, then, shall we call a trance state in Hebrew, which is what the term aliyat n’shamah designated in the past? I suppose that trans, widely used in Israeli Hebrew today, will have to take up the slack. Although it’s sad to see Hebrew made poorer in this way, and then have to borrow from another language to compensate, such things happen.

I would also like to thank Judah Isaacs, David Krishef, Jeremiah Unterman, Dennis Gura, Arnon Siegel, Amy Newman Smith, “Mark B,” and “Esther from Givatayim” for writing in on the subject, too. Today’s column has truly been a team effort.