The Happiest Psalm of Them All

In a biblical book many of whose poems express anxiety and apprehension, Psalm 104 is a confident and joyous singalong. 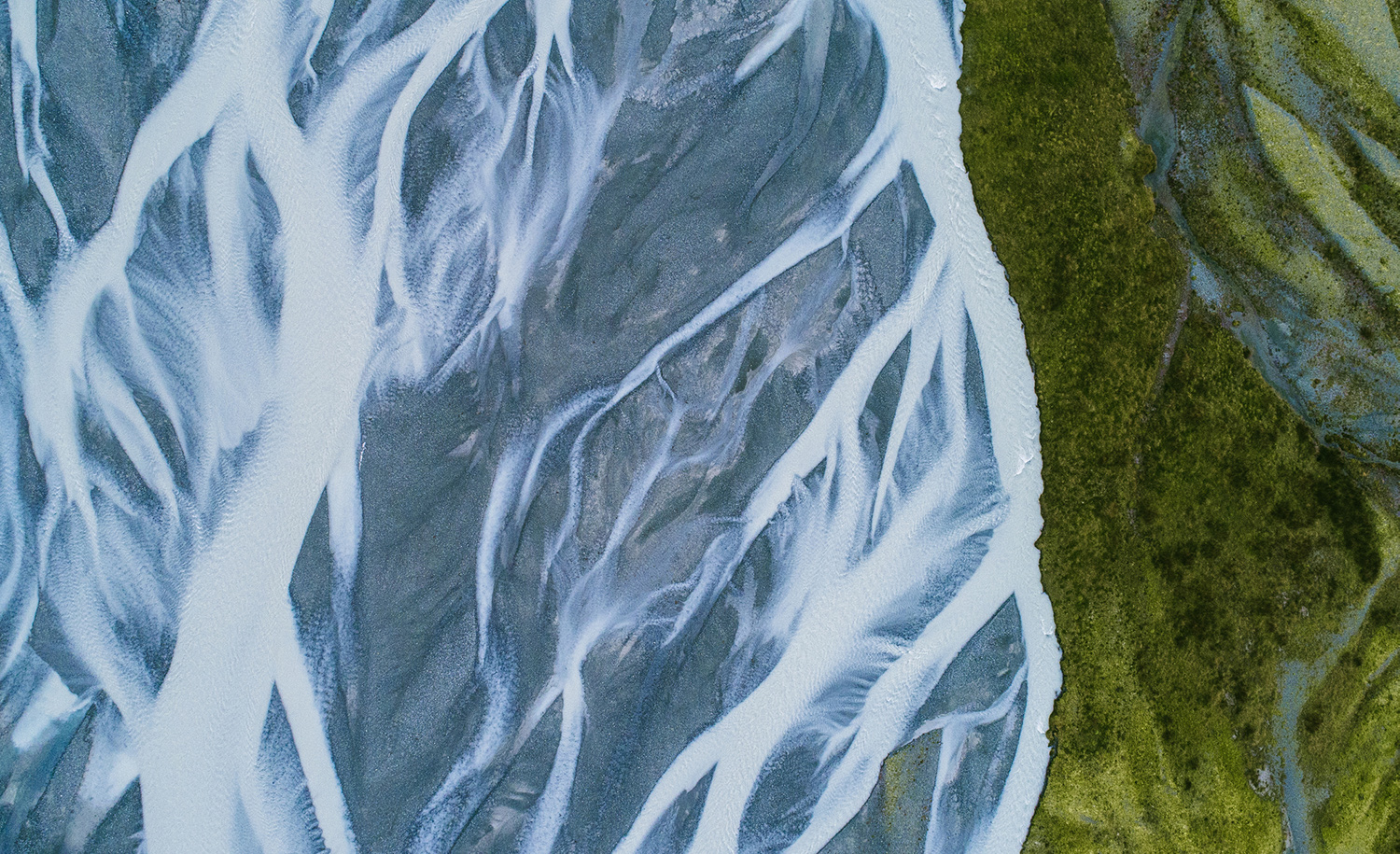 Embedded in the Hebrew prayer book is a particularly beautiful psalm that also happens to be longer than most poems found in the siddur. The beauty is not all that surprising—there’s no dearth of beautiful poetry in those pages; what’s surprising is how often, and in how many different Jewish liturgical traditions, either part or all of this particular poem has been slipped into the service. Why, with so many psalms to choose from, should Psalm 104, known in Hebrew by its opening words, barkhi nafshi, be singled out? And why, especially, once a month like clockwork, does it appear at the very end of the morning service, just when most weekday worshippers are fretting at the lateness of the hour and anxious to get to their day jobs?

Perhaps the appeal of Barkhi nafshi is related to the way it restages the entire story of Creation but adds a happy ending. True, the Creation story itself, as told in the book of Genesis, ends happily enough with the arrival of the Sabbath on the seventh day. But pretty soon thereafter things begin to degenerate: remember the snake in the garden, remember the Flood? Let’s face it, in Genesis the Lord falls out pretty quickly with mankind; the book’s very first Torah reading ends on this grim note: “And God regretted that He made man upon the earth, and was aggrieved in His heart.”

By contrast, Psalm 104 goes right back to the beginning and takes a stab at making it all come out better. Not only that, but by focusing on how happy the Lord remains with what He has made, the poem also makes Him seem much less (if I may be permitted) irritable.

Here’s how it opens:

My being—bless the Lord!
Lord my God You’ve become so great,
You arrayed Yourself in might and splendor
And wrapped Yourself in light like a dress. . . .

These verses bring us right back to the early lines of Genesis. But instead of God’s disembodied voice intoning “Let there be light,” here the Lord is not just anthropomorphized but domesticated, gearing up for His week of creating by throwing on His cloak. I know many men who love saying these lines each morning as they wrap themselves in their prayer shawls—and maybe, just maybe, snagging a little bit of that divine light as they move into prayer.

The poem then proceeds through Creation:

. . . You spread the heavens like a canvas,
You who made ceilings in the heavens,
Who appoints clouds as His chariot
To wander on the wings of the wind;
Who appoints the winds as His messengers,
His servants as scalding fire;
Who established the earth on its foundation
So it won’t fall till the end of time.
You covered the depth with a raiment,
Waters stood over the mountaintops;
From Your scolding they scattered,
At the sound of Your thunder they ran;
The mountains rose and valleys fell
To the place You established for them;
You set a border, streams can’t pass it,
So they won’t return to cover the earth.

In these lines we have an upbeat recapitulation not only of the opening days of Creation—the heavens and earth, the ground coming up out of the sea, and so forth—but also of the onset and aftermath of the annihilating Flood. But missing in this version are the Almighty’s despair over the degraded moral state of men as they rape their way across the earth and His resolve to finish off every living thing on earth; we see Him only after the fact, redistributing the waters and chiding them never to inundate the earth again. It’s a kind of reversed film, tactfully eliding the Lord’s interval of wrath by cutting immediately to an image of Him shooing the errant waters back into place.

Of this heavenly kindness, what’s more, not just humankind but even the animals and the birds reap the benefit:

Who sends the springs into the streams
To wend their way among the mountains.
They water all the beasts of the field,
To let the wild donkeys quench their thirst.
Above them all the birds of heaven roost
Among the leaves to give their music.
Who lets the mountains sip from Your roof,
From the fruits of Whose labors is the earth fed.
Who sprouts straw for the beast of burden
And grass for the work of man,
To bring bread out of the ground
And wine to gladden the human heart,
To make the face glow more than oil
And bread to feed the human stomach.

In Genesis, the need to toil for one’s bread is introduced as a punishment, a corollary of the exile from the Garden of Eden. Here, it’s the most natural thing imaginable for man to go out to work in the field. In the poem’s all-but-messianic vision, the whole of Creation is one great harmony:

The trees of the Lord shall drink their fill,
The cedars of Lebanon which He did plant,
Where birds will build their nests,
The stork makes the cypress her house,
The high hills for the deer, the rocks shelter the hare.
Who made the moon to mark the seasons,
The sun to know its setting-place.
You drop darkness and it becomes night
When every beast in the forest creeps out,
The lions roar for prey and ask of God their repast—
When the sun rises they gather in
And in their lairs lie down.

True, as the final lines suggest, the lion may not yet be lying down with the lamb, but the entire universe, including man and beast, is sustained by His open hand.

And here we’re also given the linchpin that, however tenuously, tethers this poem to its position in the monthly liturgical calendar. The single line that I’ve rendered above as “Who made the moon to mark the seasons” combines an allusion both to the fourth day of Creation, when God made two great lights to govern respectively the day and the night, and to the moon’s role in keeping track of the passage of the months and fixing the timing of the holidays in the Jewish lunar year. In synagogues around the world, special prayers are said on the first day of a new Jewish month (rosh ḥodesh in Hebrew), the day when the first sliver of the new moon is seen; and among the prayers, because of this particular line, is this poem.

But is a single passing reference to the new moon truly sufficient to have implanted this song of praise in so many hearts and minds? To ask that question is to go back to Creation and especially to the poem’s depiction of man’s place in Creation and his unique relationship with God and with God’s purposes. For what happens just as the lions are returning to their lairs at sunrise?

Man will go out to his labors
And to his work until dusk.

And then, without a pause, comes the runup to the psalm’s peroration:

How many are your creations, Lord!
And all of them wisely fashioned:
The earth is filled with your property.
Here is the sea great and broad
With its creepy crawlies beyond number,
Living things, small and large;
There ships wend their ways,
This whale You’ve made for a plaything,
All of them come to You for succor, to give them their feed;
When You give it them they lap it up,
You open Your hand and they are satisfied with good things;
You hide Your face and they are terrified,
When You gather their spirits they fade
And to their dust return again;
When You send Your spirit they’re born
And renew the face of the ground.
May the Lord’s glory be for all time,
May the Lord be pleased with what He’s done—
He who glances at the earth and it trembles,
Who touches the mountains and they steam.

There’s that glorious, universal harmony again, in which man’s life and labor and mortal fate repose comfortably in the beneficent hands of the Almighty. But just how beneficent are those hands, and how much trust can be placed in them? Let’s look at the poem’s final lines, with their remarkable and unexpected—but only momentary—shift into a more apprehensive mode:

I’ll sing to the Lord with all my life.
I’ll serenade the Lord while I exist:
May my discourse be pleasing before Him;
I will rejoice in the Lord.
May sins be gone in the land,
And the wicked be exiled;
My being will bless the Lord—Praise God!

Here we may seem to have been plunged back into the more familiar biblical territory of sin and punishment. But are we really? I think we’re meant to read the two lines about sin and wickedness within the poem’s given framework. Sins are recognized, and they need to be banished, but there’s no requirement of penance or sacrifices, no begging of God’s mercy, and no hint that, failing these, the Lord might be impelled to take drastic action again. Is it any wonder that, because of these last lines, and especially the final, upbeat one, Sephardi communities recite this psalm on Yom Kippur? With its image of sins disappearing and the wicked with them, it expresses the single most buoyant expectation of forgiveness and reconciliation that the Bible provides.

Some psalms focus on God’s cosmic power; others explore the depths of the human spirit. This one methodically renders the Almighty as a friendlier entity than you’ll find in the pages of the Pentateuch. From the clouds above to the depths of the sea below, from the lion to the bunny rabbit to the whale that He created as His “plaything,” this is a Lord eminently whimsical and approachable.

All of which leads to the concluding prayer: that the Lord Himself will be pleased by what He’s made, and by our ecstatic praise of it. In a book of psalms whose speakers often struggle in the coils of anxiety and despair, yearning for redemption, this one is a confident and joyously composed singalong. You can’t go wrong praising the moon on Rosh Ḥodesh—or blessing a Lord who would never dream of wiping out anything or anyone in a fit of rage.

The Happiest Psalm of Them All