Help: My Husband Passed Away, and I Want to Reconstruct the Bedtime Prayer He Taught our Children

Philologos is quite certain the words of the prayer are in German, not Yiddish. But beyond that? 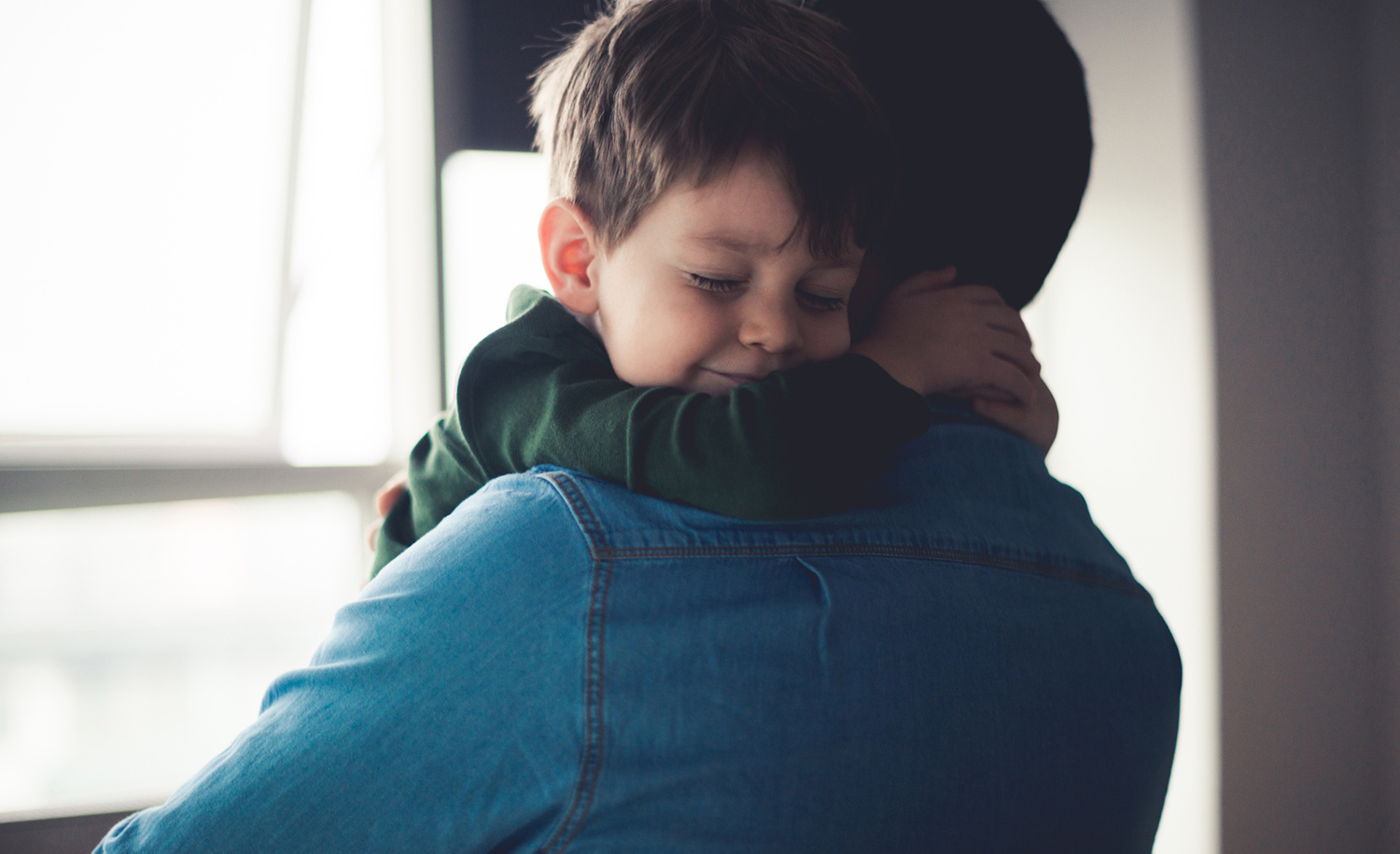 My husband just recently passed away, and my children remember a prayer that he and their grandmother recited to them at bedtime. I’m trying to determine the words of it. As best as we can reconstruct them, they were, spelled phonetically, something like Gutta got lasmulech schoffen unt gutta sucha vochen. Any help would be appreciated.

Whatever the words of this prayer are, they clearly have become blurred in Mrs. Peyton’s and her children’s memory. Still, enough is recognizable to establish without a doubt that they are either German or Yiddish. Guter Gott means “good God” in both languages (in English we would say, in addressing the Deity, “dear God”), in which there are also regional variations. In wide areas of Eastern Europe, for example, Yiddish speakers said giter Got, while the final “r” of words like guter is dropped in many German dialects, as it is in Mrs. Peyton’s version. Of course, this is not proof that the prayer in question is in German dialect. Speakers in many parts of America regularly drop their final “r”s, too, and this habit could have affected the Peyton family’s memory.

The next words the family remembers, lasmulech schoffen, make no sense in either German or Yiddish. In the context of a bedtime prayer, however, one can make the educated guess that they were originally German lass du mich schlafen or Yiddish loztu mikh shlofn, “[May] you let me sleep.” There is a common German bedtime prayer that begins Lieber Gott, nun lass uns ruhig schlafen, “Dear God, let us now sleep peacefully,” and we are probably looking at something similar here. I can’t think of any plausible alternative.

We now come to Unt gutta sucha vochen. German und and Yiddish unt, pronounced identically, both mean “and” (although in most Yiddish dialects the word is un, without the final consonant), while vochen would seem to be German wachen or Yiddish vakhn, meaning to be or stay awake, or to stand watch or guard. Watching over us is what we ask God to do in bedtime prayers—unless, that is, the verb is the German erwachen, to wake up, in which case it might refer to the reciter of the prayer’s awakening in the morning. As for sucha, it must be a noun qualified by the adjective gutta—and the only appropriate noun I can think of is German Sachen or Yiddish zakhn, “things.” Gute Sachen or good things are what one might wish to awake to after a night’s sleep.

“Dear God, may you let me sleep and awake to good things”? In German, such a reconstruction would give us Guter Gott, lass du mich schlafen und zu guten Sachen erwachen. I’ve looked for a German bedtime prayer with such words but haven’t found anything resembling it closely. Still, I’m quite certain that the prayer we’re looking for is in German rather than Yiddish.

The reason for this is simple: Yiddish, to the best of my knowledge, never had any such prayers. Although many Yiddish speakers prayed in bed at night and taught their children to do so, the prayers they recited were, like Jewish prayers in general, in Hebrew.

I said them myself as a child. When I was little, my father, after tucking me into bed, would hand me a yarmulke and stand by me while I recited the two standard Jewish prayers said before going to sleep. (There are others, too, but not everyone says all of them.) The first was the Sh’ma Yisra’el, the “Hear, O Israel” prayer that is composed of the verses in Deuteronomy 6:4-8. After it came the prayer known as Hamapil, the initial word of the line hamapil ḥevley sheynah al eynai utnumah al af’apai, “[Blessed are You O Lord our God, king of the universe] Who casts the strands of sleep over my eyes and of slumber upon my eyelids.” The prayer continues:

May it be Your will, O Lord my God and God of my fathers, that You lie me down in peace and raise me up to a good and peaceful life. May bad thoughts and dreams not frighten me, and may my bed be blameless before You, and may You bring light to my eyes [in the morning] lest I sleep the sleep of death. Blessed are You, O Lord who brings light to the whole world in His glory.

Reading Mrs. Peyton’s letter, I was surprised by how easily the words of this prayer came back to me after so many years of not saying it. How many years? The form in which I retrieved them provided a clue. When I recall prayers from the prayer book, they normally come to mind in their Sephardi, Israeli-style pronunciation. They take the form, for example, of Sh’ma yisra’el, not of the Ashkenazi Sh’ma yisraweyl. But the words of Hamapil came to me Ashkenazically: hamapil ḥevley sheynaw al eynai usnumaw al af’apai, and so on to the end of the prayer. In fact, that was the only way that I could get myself to remember them.

Why was that? I thought about it and here’s the answer. In 1948, when the state of Israel was declared, the New York Jewish day school that I attended switched from Ashkenazi to Sephardi Hebrew, as did many synagogues and other Jewish institutions. Until then I had studied and prayed in the former; from then on, it was in the latter.

Naturally, it took us a while to get used to the change, and there was much stumbling over the new sounds by teachers and students alike, but in the end we got used to them in and out of the classroom. Since I was nine at the time and continued to pray regularly until the age of sixteen when I ceased being an observant Jew, and since all of the synagogues I have been in since then have also prayed in Sephardi Hebrew, the Sephardi pronunciation of Jewish prayer completely overwrote the older Ashkenazi one in my memory.

Except in the case of Hamapil. Its Ashkenazi pronunciation was never overwritten and remained with me—which means that I stopped reciting it by the end of the 1940s. From then on, I faced the night and its fears alone. Once I learned to go bed by myself, without my father to stand by me while I prayed, the habit of bedtime prayer lapsed.

“May it be Thy will, O Lord my God and God of my fathers, that You lie me down in peace and raise me up to a good life.” Can the zu guten Sachen, “to good things,” of Mrs. Peyton’s memory be a translation of “to a good life”? Can Guter Gott, lass Du mich schlafen und zu guten Sachen erwachen be a rough translation of this line from Hamapil, rendered into German by a German Jew, perhaps an ancestor of Mr. Peyton’s, for the benefit of children who had not been taught Hebrew but whose parents still wanted them to pray in bed as Jews?

I have no idea. I don’t even know if Mrs. Peyton, her late husband, his mother, or their children were or are Jewish. Mrs. Peyton is welcome to enlighten us. So are any of you who in your childhood may have heard prayers like the one she remembers.

Help: My Husband Passed Away, and I Want to Reconstruct the Bedtime Prayer He Taught our Children