The Kabbalah of Birds' Nests

Is a biblical commandment against taking a mother bird with her young intended to teach mercy, or is it about something else? 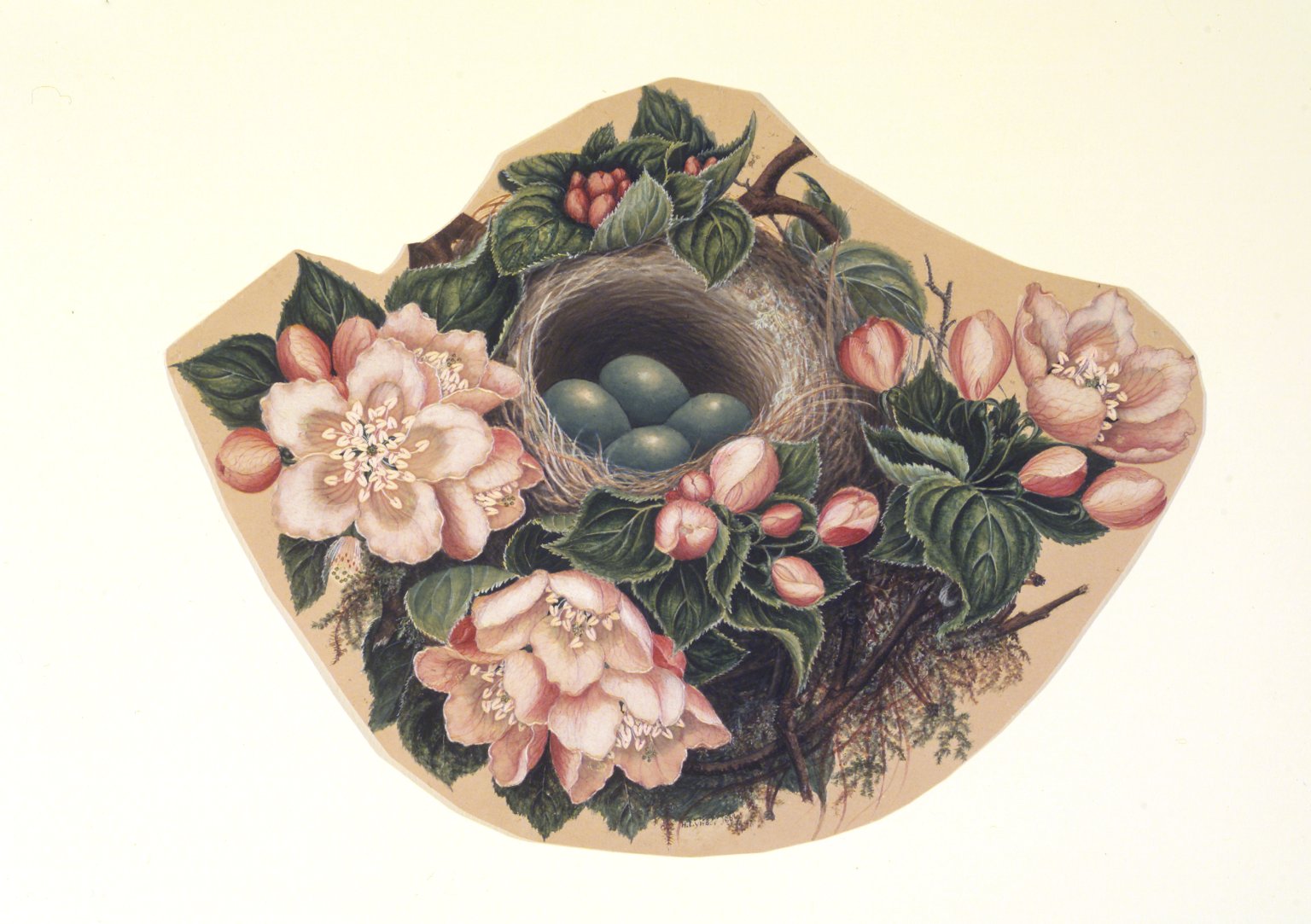 Several years ago, my mother texted me a picture of a pigeon that was roosting on a nest on her balcony. For many, this might have been a simple annoyance. But for her, as for other religiously observant Jews, it represented a rare and exciting opportunity to fulfill the will of God.

The reason? The commandment detailed in this week’s Torah reading of Ki Teitsei (Deuteronomy 21:10-25:19), which carries with it an unusually specific reward: happiness and long life. While my mother was well aware of the reward attached to this commandment, she was apprehensive about executing it properly and wanted a second opinion.

The text of the law is as follows:

If, along the road, you chance upon a bird’s nest, in any tree or on the ground, with fledglings or eggs, . . . do not take the mother together with her young. Send away the mother, and take only the young, in order that you may fare well and have a long life.

This law appears among a miscellany of regulations that appear only loosely connected, if connected at all. Some, like the requirement to place a fence around a rooftop, seem to demand particular ethical fastidiousness; others, like the injunction against making a garment that mixes wool and linen together, lack any obvious moral significance.

The commandment to send away the mother bird seems to belong to the former category. If you desire the contents of the nest, shoo away the mother bird first so that she does not have to undergo the torment of watching her young ones taken from her. Indeed, one of my mother’s initial concerns was that she didn’t actually want the eggs, just an opportunity to fulfill the commandment.

In this same vein, the 13th-century biblical commentator Moses Naḥmanides (Ramban) suggests that the law is intended to teach compassion and to steer people away from brutality. A modern reader might go a step farther and see a concern for ecological conservation, since—as has been noted by several rabbinic commentators—the law prohibits two generations from being extinguished at once and thus helps ensure the continuation of the species.

So far, so good. But what are we to make of the puzzling talmudic statement (Brakhot 33b): “One who says [in his prayers], ‘Your mercy extends to a bird’s nest . . .’ should be silenced’”? This appears to discourage understanding the commandment as evidence of God’s abundant compassion—a troubling thought that has invited a variety of explanations from commentators medieval and modern, and that certainly runs counter to the intuitions and inclinations of most modern readers.

Or maybe not. Upon closer examination, the picture grows more complicated. Banishing a mother bird temporarily just to take her eggs spares her one painful moment, but surely a similar such moment awaits her inevitable return. What sort of compassion is expressed by that?

Another complication: fulfillment of this commandment brings with it the promise of a long and good life, a reward that is extended in only one other place in the Bible, namely, in the commandment to honor one’s father and mother. Properly honoring one’s parents is a challenging task that usually demands a lifetime of devotion. Given the incentives and the relative simplicity of sending a mother bird away, one can imagine people making every effort to find nesting birds in order to shoo away the mother, get the eggs or chicks for dinner—and receive the reward. That’s not much of a favor to the mother birds.

This very question is raised in the Zohar, the canonical book of Jewish mysticism. Pointing out that a truly merciful person would spare both the mother and the chicks, it goes on to offer a very different reading:

There is an angel appointed over the birds. . . . When Israel performs this commandment, and the mother departs weeping and her children crying, [this angel] pleads on behalf of God’s birds and asks of Him: “Does it not say (Psalms 145:9), ‘His compassion is on all of His works’? Why did You decree that this bird be exiled from her nest?” . . . And what does the Holy One do? He gathers all of His other angels and says to them: “This angel is concerned for the welfare of a bird and is complaining of its suffering. Is there none among you who will plead on behalf of My children Israel, and for the Sh’khinah which is in exile, and whose nest in Jerusalem [i.e., the Temple] has been destroyed, and whose children are in exile under the rule of harsh masters? Is there no one who seeks compassion for them and will plead their case?” Then the Holy One Blessed Be He cries out and says, “For My sake I shall act, and I shall act for My sake,” and compassion is thereby aroused upon the Sh’khinah and the children in exile. (Tikuney Zohar, Tikun 6; see also Zohar Ḥadash, Ruth 99-105.)

With characteristic inventiveness, the Zohar reinterprets the commandment not in ethical terms but as part of the cosmic and national drama that is the kabbalists’ primary concern. The dynamic described here is threefold.

First of all, there is an angel appointed even over birds, who is acutely sensitive to their plight and watches over them just as the mother bird watches over her young. Second, from God’s perspective, this angel’s admirable compassion is itself morally fraught, leading Him to invoke the same quality of compassion rhetorically for the purpose of shaming the other angels into intervening on behalf of the Jewish people.

Finally, the passage draws a parallel between the “exiled” mother bird and the Sh’khinah, which, in the Zohar, is not just God’s immanent presence but also a “feminine” manifestation of the Godhead that has been exiled from God’s essence. Yet even as the Zohar introduces this analogy, it also calls our attention to important differences: God’s nest—the Temple in Jerusalem—has been destroyed, while the literal nest remains intact; by contrast, God’s children survive and are themselves in exile along with the Sh’khinah, while the mother bird is exiled from her children who are, presumably, consumed.

The Zohar, then, gives us an intermediate position between that of Naḥmanides—that the purpose of this commandment in Deuteronomy is to instruct us in mercy—and the talmudic interpretation that warns us against understanding the commandment as an expression of divine compassion.

In a human-centered universe, the plight of human beings comes first and foremost. For the Zohar, as much as this commandment sensitizes those who perform it to the suffering of all of God’s creatures, it also serves the higher purpose of reinforcing human awareness of the plight of individuals enduring the more complex human levels of suffering, separation, and exile. And not only individuals, and indeed not only humans: in the Zohar’s reading, the commandment becomes a touchstone for the sorts of separations—between mother and child, between God and the Jewish people, and between God’s worldly presence and His essence—that cause suffering in this world and in the worlds beyond it.

In kabbalistic thinking, moreover, commandments and rituals are never merely symbolic or pedagogic, but deeds that bring about immediate changes in the supernal realms. Sending away the mother bird isn’t only an act of mercy in itself but an act that causes mercy to ripple upward, as it were, from the performer to the angel of the birds, from that angel to the other angels whom God then reprimands, and to God Himself, who has mercy on His own presence and therefore on His exiled people.

Translated from mystical into humanistic terms, this law sensitizes us to all of the relationships involved: mother, child, persons, God. The commandment is a medium through which our awareness of these relationships is heightened and ideally channeled toward something redemptive. It is thus not surprising that the one other commandment associated with the same reward is “Honor your father and your mother.” Both laws recognize the biological bonds between parent and child that simultaneously unite and obligate, and that parallel the obligations that unite and mutually obligate human beings and God.

In the end, a technicality prevented my mother from shooing away the mother bird on her balcony. The biblical commandment describes coming across a bird’s nest in a public thoroughfare; my mother lived in a private home. When I called her the other day to remind her of the incident, she said she didn’t recall the details of what she was thinking at the time, and soon our conversation progressed to other matters: the sorts of ordinary pleasantries that are key to maintaining our closest connections. Just so, whether we view the commandment as aimed at reducing the suffering of the mother bird or as inviting us more grandly to comprehend the creature’s inevitable suffering as a vehicle for invoking divine mercy upon the Jewish people, the common thread resides in the same place: the deep emotional and spiritual powers of the parent-child relationship.

The Kabbalah of Birds' Nests