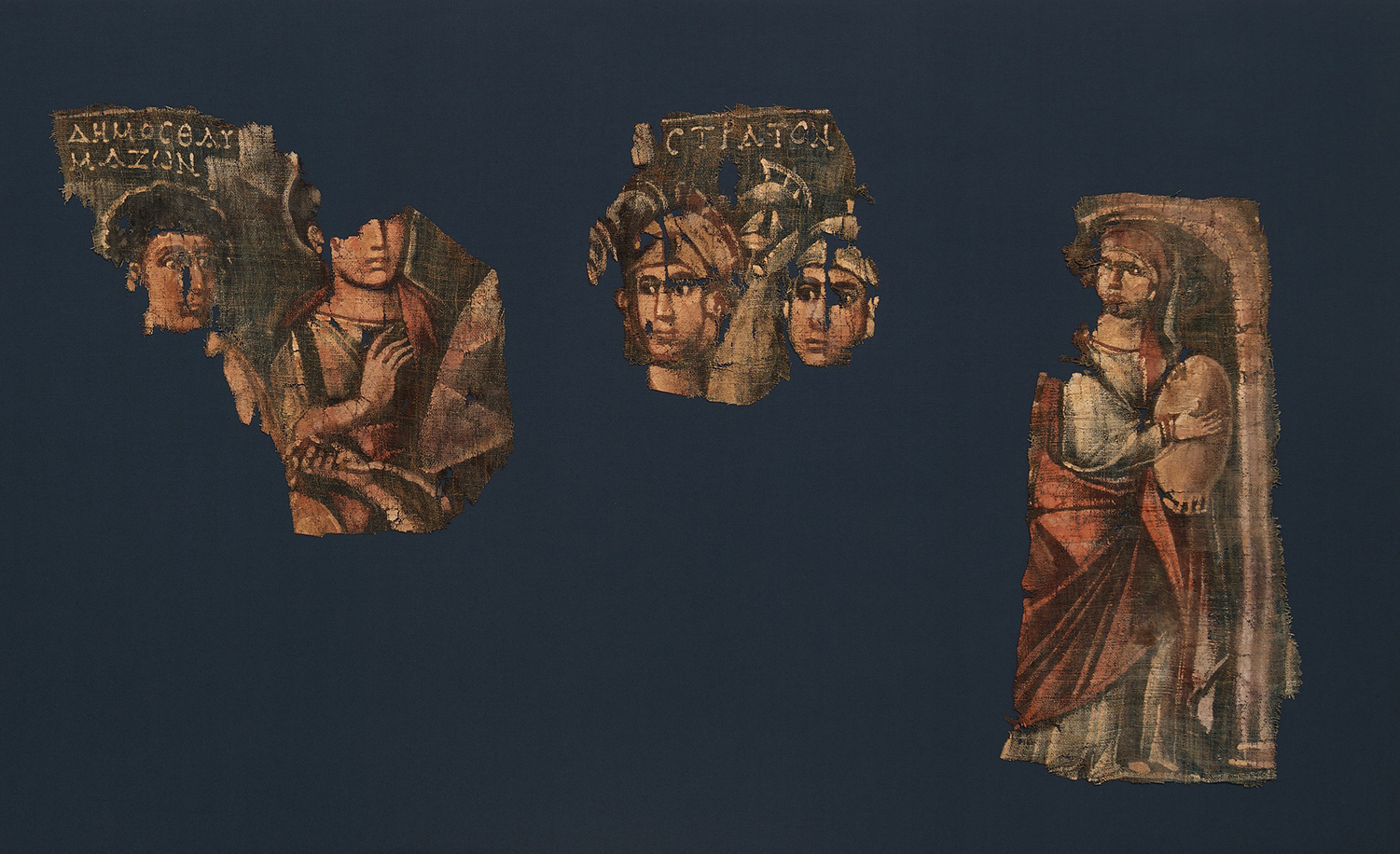 It’s common knowledge that Rosh Hashanah, the first day of the Hebrew month of Tishrei, is the Jewish new year. And yet, despite the obvious importance of this High Holy Day, the Bible quite clearly stipulates another month entirely as marking the true beginning of the Jewish year. That is the month of Nisan, whose first day falls this year on Saturday, April 6. By dint of its connection to the story of the Exodus from Egypt, Nisan would indeed seem to be the most important month of all.

At a crucial moment in the book of Exodus, with the Israelites still technically slaves to Pharaoh, God has smitten the Egyptians with the first nine plagues. The tenth—the slaying of the firstborn—is about to occur, and with it, Egypt’s power over the Jews will have effectively collapsed. Soon the Israelites fulfill their first major commandment as a nation by offering the paschal sacrifice and will then depart from the land of their enslavement. It is at this point, between the end of their enslavement and their coming to life as a nation capable of fulfilling God’s commands, that Nisan becomes the first month of Israel’s new calendar:

And the Lord spoke to Moses and to Aaron in the land of Egypt, saying, “This month shall mark for you the beginning of the months; it shall be the first of the months of the year for you. Speak to all the congregation of Israel, saying ‘On the tenth of this month let them take for themselves every man a lamb for his father’s house, a lamb for a household. . . .’” (Exodus 12:1-3)

What follows these verses is a description of the paschal offering and the Passover holiday, to be celebrated forever on the fifteenth day of Nisan—the first of many commandments that God will instruct Moses to relate to the people of Israel. Indeed, the placement of this commandment as the first in the Mosaic law suggests that a key element in establishing the Israelites’ newfound autonomy is precisely the freedom to keep their own calendar.

By contrast, the biblical evidence for commemorating the New Year on the first of Tishrei is somewhat threadbare. The name Rosh Hashanah itself—literally, “the head of the year”—is post-biblical. In Leviticus 23:24, the holiday is introduced thus: “In the seventh month, on the first day of the month, you shall observe complete rest, a sacred occasion commemorated with loud blasts.” Note that putting Rosh Hashanah in the seventh month assumes that the year starts in Nisan.

What is the difference between the two months? Let’s start with the terms. It might seem that “head of the year” and “beginning of the months” are identical, but in fact they refer to two distinct things. A year is a measurement of time based on the movement of the earth around the sun, which takes approximately twelve months; Rosh Hashanah reflects this solar calendar. But “the beginning of months” (emphasis added), as Nisan is described in Exodus, corresponds rather to the moon’s revolutions around the earth. Rabbinic literature frequently depicts the moon as a symbol of the Jewish people, which waxes and wanes in status but never disappears forever. In this sense, the first of Nisan begins the specifically Jewish year, while Rosh Hashanah, the “birthday of the world” in the words of one liturgical poet, marks the beginning of the human new year.

This contrast between a universal new year and a particularistic one can be found in the very language of the commandment in Exodus cited above: “this month shall mark for you the first of month,” in the sense of “for you Israelites and not for others.” Moreover, the commandment occurs in the context of the redemption of the Jewish people and the celebration of the particularistic holiday of Passover. Rosh Hashanah, meanwhile, is a universalistic holiday that focuses on recognizing God’s kingship over the world rather than His relationship with His chosen people. The Mishnah, too, supports this dichotomy: the years of the reign of a Jewish king are counted from Nisan, those of a Gentile king from Tishrei.

But the contrast between the universal and particular is not the only difference between these two beginnings of the year. The same passage in Exodus that declares Nisan the first month also highlights the interplay between human agency and divine salvation. Up until the moment when God issues His commandments, the Israelites have been almost entirely passive. Now He has given them a task: each household must take a lamb, slaughter it in the prescribed manner, and put its blood on the doorway. Otherwise, the household will not be spared the plague of the slaying of the firstborn. God thus asks the Israelites to play a role in ensuring their own redemption.

Later on in the book of Exodus, God gives the Israelites an even grander task: the construction of the Tabernacle, the temporary central shrine that they will carry through their desert wanderings and that serves as a precursor to the Temple in Jerusalem. The date ordained by God for the inauguration of the Tabernacle is once again the first of Nisan. On this day, for the first time in history, the presence of God fills the Tabernacle and the Israelite camp, a concrete manifestation of the new spiritual power given to the Israelites exactly one year earlier. While Rosh Hashanah, which focuses on God’s creation of the world, places God and His sovereignty at its center, in the month of Nisan it is human beings who, by building a place for God within their world, take the driver’s seat.

The “beginning of the months” invokes human agency in yet another way. In ancient times, the first day of each month was determined by a rabbinic court, acting on the testimony of two witnesses who had seen the sliver of the moon as it began to wax once more. Thus, even while human beings have no control over the waxing and waning of the moon, their testimony is nevertheless essential for the maintenance of the Jewish calendar. Nature plays a part in establishing the precise date on which Nisan, or any other month, begins, but not the whole part: it cannot happen without the involvement of the Jewish people.

Looking beyond the Torah to the latter books of the Bible adds additional significance to the first of Nisan. According to Chronicles, the newly crowned King Hezekiah re-consecrated the impure Temple on the first of Nisan, inaugurating religious reforms that purged the land of idolatry and renewed the Jewish relationship with God. After the destruction of that Temple, Ezra the Scribe and other Jewish exiles began their dramatic journey to Jerusalem on the first of Nisan as well—a second exodus and yet another renewal.

The advent of something entirely new, or a renewal of some sort, is the common thread among these examples. Indeed, the Hebrew word for year, shanah, is related to the word for “repetition.” The term evokes the cycle of the seasons and the rotations of heavenly bodies that occur year after year. Yet the Hebrew word for month, ḥodesh, stems from the root meaning “new,” as does the verb l’ḥadesh, which can mean both “to make new” and “to renew”—suggesting a departure from what came before. The Exodus from Egypt, which gives birth to the Jewish people, and the construction of the Tabernacle, are both moments in which something wholly new is brought into being. Likewise, Hezekiah’s re-dedication and Ezra’s return represent renewal.

Perhaps this sort of human-centered renewal is not possible, however, without a direct partnership between the Jewish people and God, whose sovereignty is eternal and, crucially, unchanging. It is precisely this sovereign and unchanging providence that allows them to transcend the bonds of nature and its relentless cycles, at least temporarily. Rosh Hashanah, marking the end of the solar year, is followed two weeks later by the harvest holiday of Sukkot, when it is customary to read the book of Ecclesiastes with its famous declaration that “there is nothing new under the sun.” Such a statement suggests a closed circularity to time, the shape of which is limited by nature itself.

There is, of course, something to this hemmed-in circularity in the human experience. But as the Passover story suggests, renewal may still be possible beyond the realm of “under the sun,” perhaps in that realm of supernaturally sacred time first introduced by the commandment to observe Nisan as the first of months.