Judaism Is Mainly Text-Centered. Why Mark Its New Year with the Blunt, Inarticulate Noise of the Shofar?

In a worship service almost defined by its eloquence, Judaism mandates an unintelligible noise. 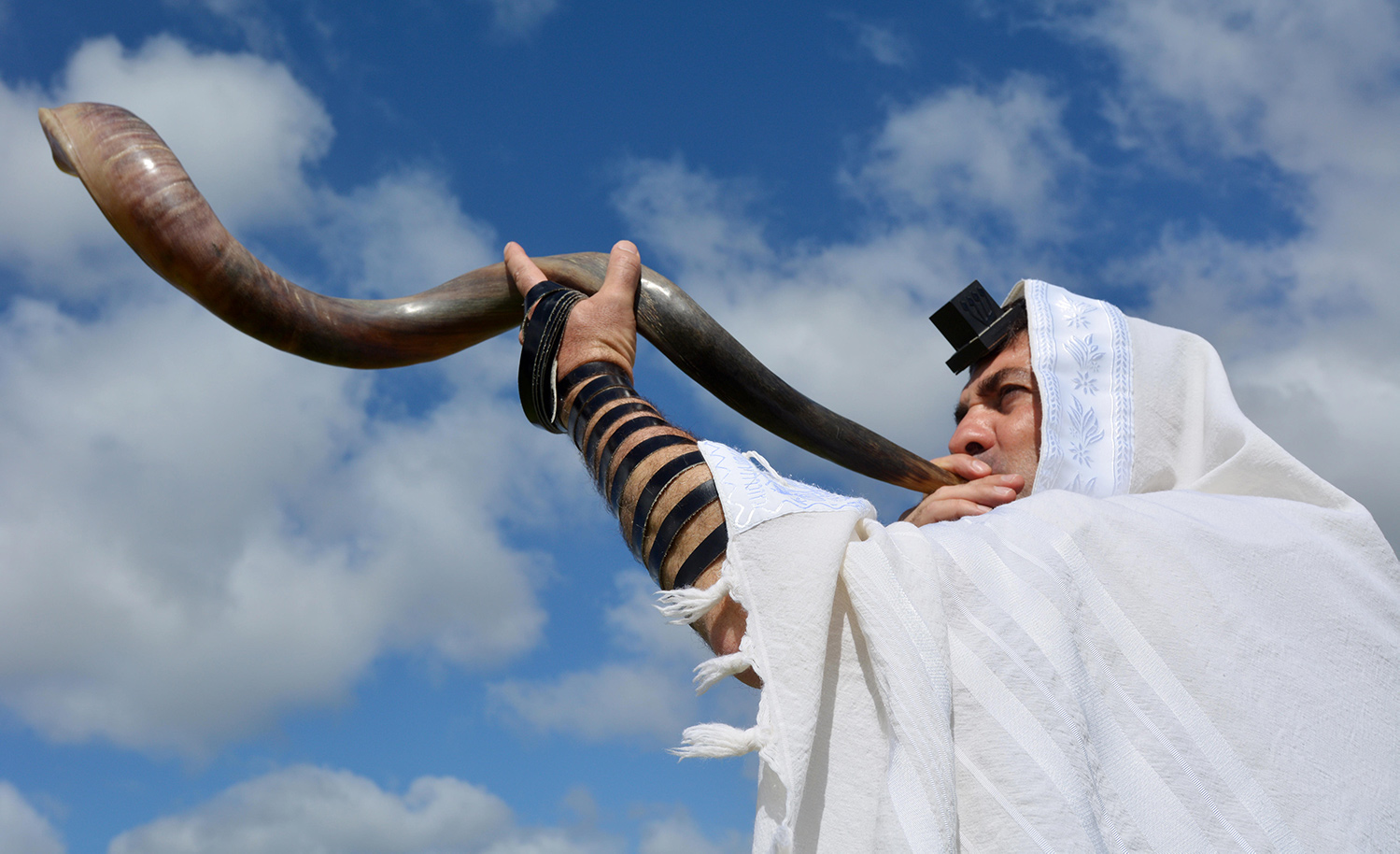 Observation
Dov Lerner
About the author


Dov Lerner is the rabbi of the Young Israel synagogue of Jamaica Estates in New York City, a resident scholar at Yeshiva University’s Straus Center for Torah and Western Thought, and a doctoral candidate at the divinity school of the University of Chicago.

Jewish civilization, in broad terms, is what anthropologists refer to as a text culture. Its religious rituals center on sacred writings, on the recital and interpretation of those writings, and on an underlying confidence that sanctity both resides in and emanates from words. Rarely is this linguistic focus more evident than during the High Holy Days, when Jews steep themselves in a deep liturgy penned by prophets, mystics, poets, and scholars.

How surprising, then, that the apex of the synagogue service on Rosh Hashanah should be the loud, blunt, inarticulate sounding of the ram’s-horn shofar. In a worship service almost defined by the eloquence of its written prayers, why mandate such an unintelligible noise?

An answer becomes clearer by way of comparison with another word-revering culture: ancient Greece. In his Politics, Aristotle declares the flute unsuitable for the musical instruction of the young. The flute is too exciting: rather than leading to thought or reflection, its whistles elicit appetites and passion. Moreover, by inhibiting the flutist’s own speech, its very mechanics conspire in impeding erudition.

Aristotle therefore praises the ancients for their prudence in forbidding the instrument and suggests that its mythic inventor—Athena, the goddess of wisdom—was right to have discarded it. With its penchant for thwarting words, contorting the player’s features, and inflaming the passions of its hearers, this wind instrument “contributed nothing to the mind.”

Many centuries later, John Milton—the great English poet, intellectual, and civil servant—would filter this same Aristotelian tenet through his own verse. In Ad Patrem, a Latin poem addressed to his father in defense of his poetic vocation, Milton contrasts the hollowness of wordless singing or instrumentation to the force of verbal song, the form perfected by the legendary poet Orpheus who could sing trees into being and bring ghosts to tears with his words:

. . . what empty lilt of voice could give delight
Of words bereft, of sense, of numerous eloquence?
Let country choirs take up such songs, not Orpheus,
Who rivers held enthralled, gave ears to
rugged oaks
With song, not plaintive lyre, and spellbound
hosts of shades
Compelled to tears; such praises gained he
from his song.

To this extent, then, Judaism and classical Western sources would seem to agree on the superiority of speech to wordless melody, however aesthetically pleasing the latter may be. And this brings us back to the shofar, the horn that, like Aristotle’s flute and Milton’s “plaintive lyre,” suspends eloquence and stifles enunciation as it instead assails its listeners with blasts of sound.

Over the centuries, a number of rabbinic thinkers and exegetes have articulated defenses of this biblically mandated liturgical interruption, suggesting vaguely that it is an alarm to wake us into repentance, or that it is reminiscent of a bereaved mother’s wail of grief. But one explanation offered by an ancient sage, in directly addressing the question of words vs. sounds, makes a more forthright case for the latter’s liturgical fitness:

Rabbi Jacob the Southerner remarked: “Why do we blow horns? To say [to God], ‘Consider us as animals squealing before You.’” (Jerusalem Talmud, Ta’anit 7b-8a)

Jews sound the shofar, Rabbi Jacob claims, not only despite its obvious flouting of verbal lucidity but precisely because of its raw visceral force. Recognition of human ineloquence in the presence of divine omnipotence is no moral failing and no source of shame.

Elsewhere, too, the High Holy Day liturgy not only confesses but proclaims human commonality with the animals. In the final prayer of Yom Kippur, the prayer leader repeats a line recited daily at dawn: “The preeminence of man over beast is nothing.” Earlier in the day, the congregation recites a hymn affirming heaven’s own preference for animal-like humanity over the angels:

Even though fear of You falls upon the faithful angels, the hosts of heaven forged with ice and mixed with fire, . . . You desire praise from those shaped from soil, tenants of the gorge, whose actions are poor and whose good deeds fail.

If Milton and Aristotle considered it coarse to cast oneself as a lowly creature, Jewish thought identifies a moral force in the affirmation of our mute material nature. During the High Holy Days, Jews are hardly at a loss for words, but at one point they purposefully lose them—choosing speechlessness in a profound recognition that for human beings, the road to moral repair begins in confronting their base cravings and their inborn capacity to fail.

In one well-known penitential prayer, Jews turn to God and declare: “The soul is Yours, and the body is Your creation; have mercy on Your labor.” It is in their frailty that material humans find forgiveness: both the forgiveness they hope to receive from on high and the forgiveness they are charged to grant their fellows. As against Aristotle and Milton, the truth at the heart of the shofar’s blast is that both clemency and enlightenment are to be found precisely in relinquishing our verbal facility; drowning their hubris in a wave of sound, confessing humans set out on the path to godliness and redemption.

Judaism Is Mainly Text-Centered. Why Mark Its New Year with the Blunt, Inarticulate Noise of the Shofar?