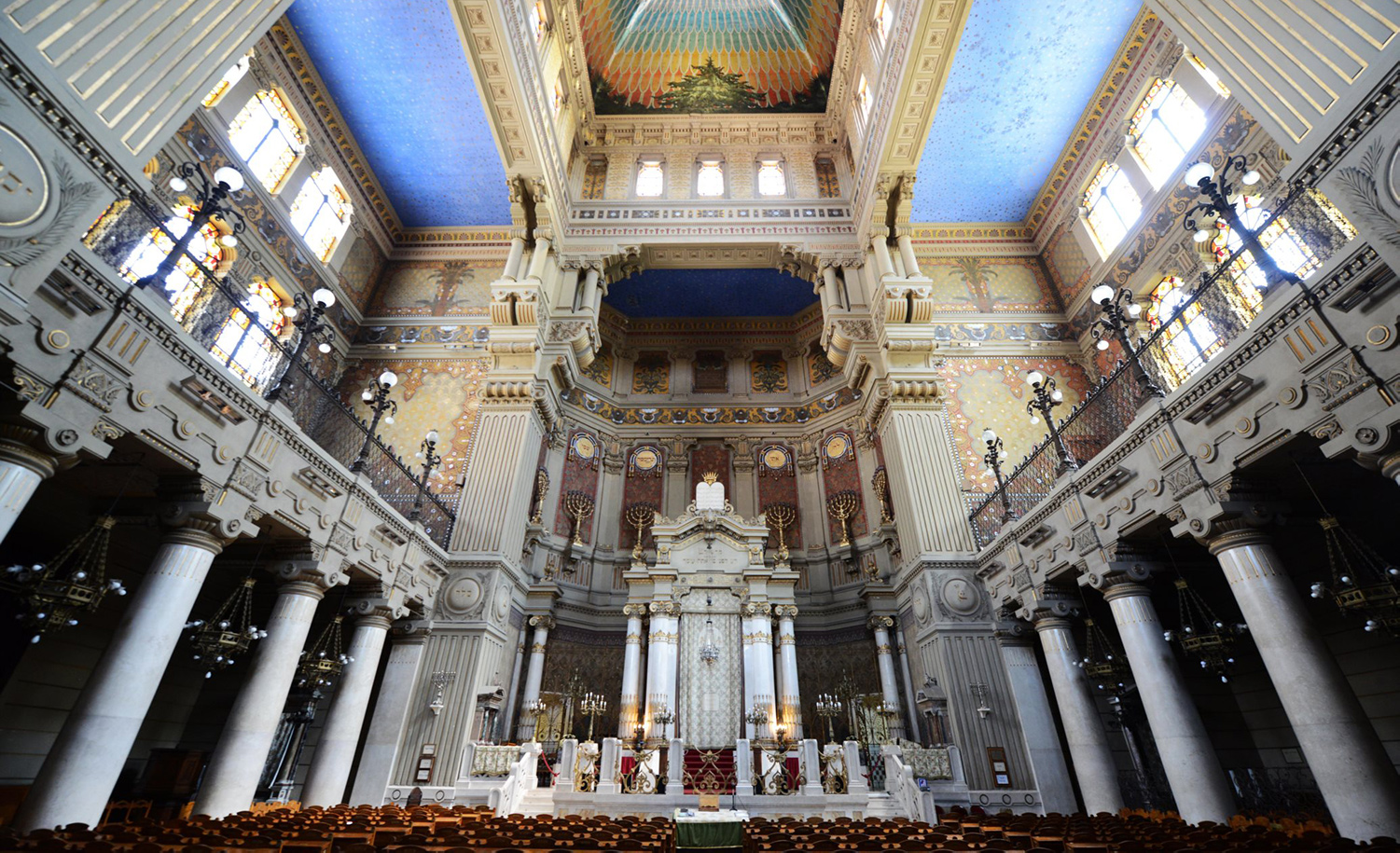 Inside the Great Synagogue of Rome. Boaz Rottem/Alamy Stock Photo.

With its breast and one of its feet, the green-and-red bird at the bottom of a 14th-century manuscript page forms the leftmost leg of an aleph. The oversize aleph itself, “decorated,” or weighed down, with three other monstrous forms, appears beneath a section of the morning service from a prayer book likely originating in the Franco-German Rhineland, a region then controlled by the Holy Roman Empire. In the 15th century, in an instance of forced interfaith recycling, the whole manuscript page, complete with its bizarrely fantastic aleph, was reused to bind an edition of a Christian theological work.