Why the felt need to excise profanity from the Bible is fundamentally inane. 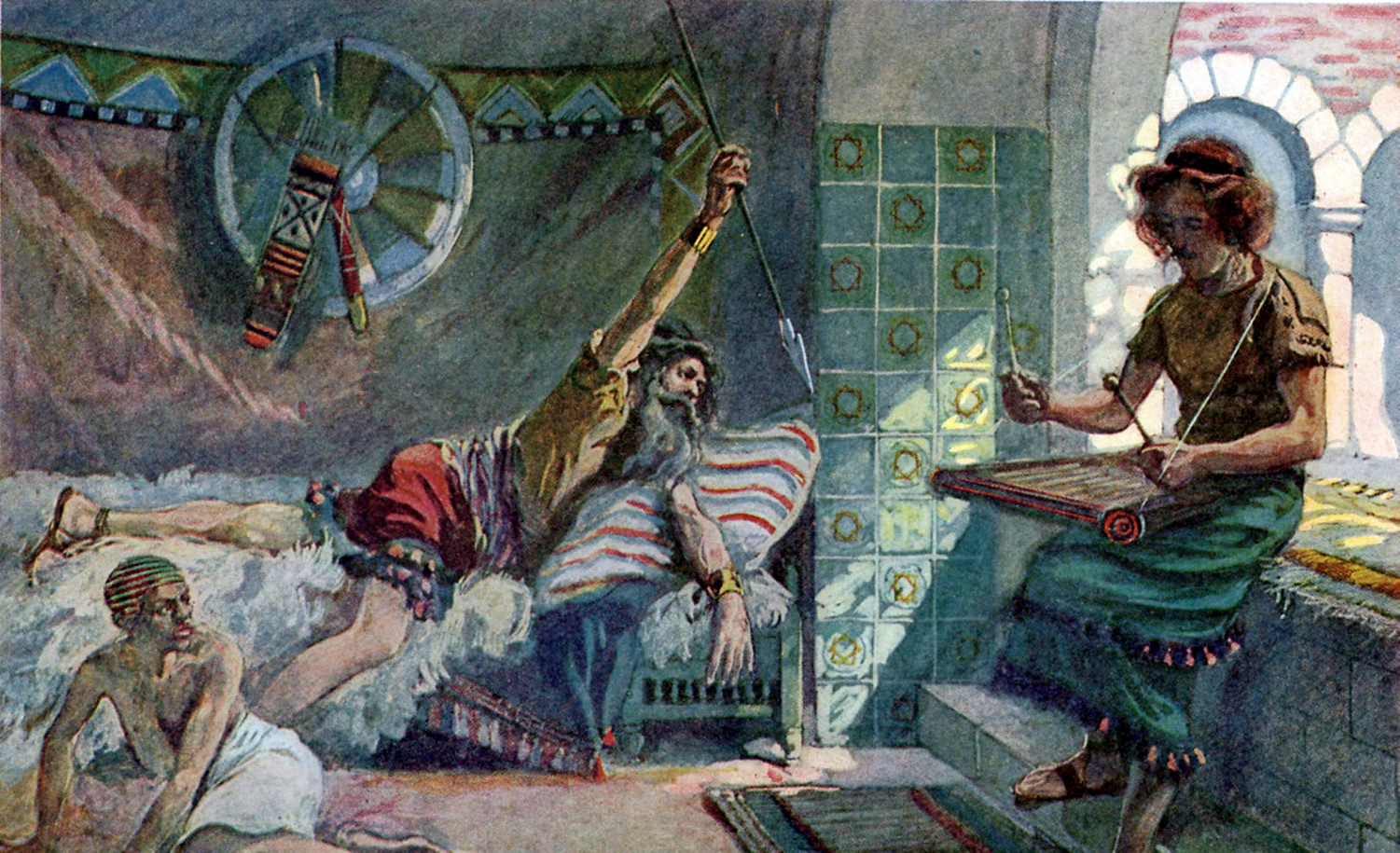 David R. (that’s as much of his last name as he cares to disclose) writes:

I’m a Greek and Latin philologist currently teaching himself biblical Hebrew (a lifelong dream). I wonder whether you’ve ever written about the unclear biblical idiom “who pisseth against the wall.” Thank you in advance for your delicious word-nerdery.

You’re certainly welcome, Mr. R., and I’m glad you asked. “Who pisseth against the wall,” which is the King James Version’s rendering of the biblical Hebrew’s mashtin b’kir, is an expression I’m fond of, not only because of its pungency but because it once caught the New York Times napping.

Long ago, when I was, as they say, a wee lad, the Sunday Times Book Review used to run a Query & Answer column in which readers would pose literary questions that other readers would answer. One Sunday, it published a brief note that went like this:

I am writing a biography of the medieval Hebrew poet Mashtin B’kir (1048-1129) and would appreciate any information regarding him.

I don’t recall if anyone replied, but I believe the Query & Answer column ceased appearing not long afterward.

The expression mashtin b’kir occurs six times in the Bible, always as part of a dire threat made against a villainous character. The first of these times is in 1Samuel 25:22. The chapter relates the story of how the rebel David, while on the run from King Saul, falls in love with the beautiful Avigayil, who is married to the churlish Naval, by whom David has been ill-treated. In his anger, he says to her (in the language of the KJV):

So and more also do God unto the enemies of David if I leave of all that pertain to [Naval] by the morning any that pisseth against the wall.

The 1599 Geneva Bible, which sometimes reads more smoothly than the King James, translates this verse as “So and more also do God unto the enemies of David: for surely I will not leave of all that [Naval] hath by the dawning of the day any that pisseth against the wall.”

And Robert Alter, in his recently concluded solo translation The Hebrew Bible, gives us: “Thus may God do to David and even more if I leave from all that is his until morning a single pisser against the wall.” Alter then remarks, in his commentary:

A single pisser against the wall: the literal meaning of the Hebrew is followed properly in the King James Version, as it is in this translation. The phrase, of course, is a rough and vivid epithet for “male,” and one that occurs only in curses. Its edge of vulgarity seems perfectly right for David’s anger.

This “edge of vulgarity,” however, has long troubled other Bible translators and commentators who have held that sacred scripture would never speak so profanely of the human body. Some medieval rabbinic exegetes, therefore, took “any that pisseth against the wall” to refer to males not of the human species but of the canine one, so that David is saying, “Surely I won’t leave even a single dog alive in Naval’s camp.” One finds this opinion, among other places, in the commentary on Samuel of the Hebrew grammarian and exegete David Kimḥi (1160-1235).

Other rabbinic authorities went farther. The 7th- or 8th-century rabbinic translation of the Bible into Aramaic known as Targum Yonatan, for example, renders mashtin b’kir as y’da mada, “who is [old enough to be] aware.” This seemingly incomprehensible reading of the phrase is explained by the 11th-century exegete Rashi, who observes that Targum Yonatan interprets mashtin b’kir as meshit kirot libo, “attending [within] the walls of his heart.” That is, according to Rashi, the Targum considers the phrase to be a combination of two biblical idioms: l’hashit lev, “to pay [literally, to put] attention,” and kirot lev, “the walls [i.e., the confines] of the heart” (or mind, since in the Bible the heart is conceived of as the thinking organ).

Although Targum Yonatan’s translation is far-fetched (there is no way in which the verb l’hashtin can be construed grammatically as a form of l’hashit), it is not insensitive to the biblical text, which can be taken to suggest that David was exempting infants from his threat—for until a male child can stand and walk, he cannot piss against a wall. Thus, according to this understanding of Samuel 25:22, babies not yet old enough to be aware of their surroundings were intended by David to be spared.

Of course, the need to excise profanity from the Bible is fundamentally inane. A book that is chock-full of stories about murder, rape, plunder, and assorted acts of human depravity cannot be deemed too dignified for coarse language, and Alter is right that David’s threatening to kill every “pisser against the wall” is a fine literary touch that conveys both the full fury and the appealing earthiness of the man. Were 1Samuel to have him saying to Naval, “Dear me, I’m afraid I may have to inflict grievous injury on all the male members of your entourage,” it would not be a better book.

And yet it is surprising how many modern translations of the Bible exhibit precisely such prudishness. Even more surprisingly, the first of them was by Martin Luther (who was foul-tongued enough when he wanted to be); he translates mashtin b’kir as der männlich ist, that is, anyone who is male. Here are some of the contemporary English Bibles that have followed in Luther’s path:

New American Bible: “May God do thus to David, and more, if by morning I leave a single male alive among all those who belong to him.”

Revised Standard Version: “God do so to David and more also, if by morning I leave so much as one male of all who belong to him.”

Good News Translation: “May God strike me dead if I don’t kill every last one of those men before morning!”

American Standard Version: “God do so unto the enemies of David, and more also, if I leave of all that pertain to him by the morning light so much as one man-child.”

Complete Jewish Bible: “May God do the same and more to David’s enemies if I leave alive even one male of everything he owns.”

Even the New King James Version, which one would think might show more fidelity to its great predecessor, has: “May God do so, and more also, to the enemies of David, if I leave one male of all who belong to him by morning light.”

For sheer squeamishness, though, it would be hard to beat the Evangelical Heritage Version’s “May God punish the enemies of David severely and double it, if by the morning light I leave alive so much as one person who urinates against a wall.”

Urinates against a wall, indeed. Even more quaint than an unabashed prude is an abashed prude pretending not to be one. David would have laughed.