The Truth about the Controversial New Translation of the Bible

Even though it takes liberties rendering the original text, a new Danish Bible breaks from anti-Semitic Christian replacement theology in a far clearer way than ever before. 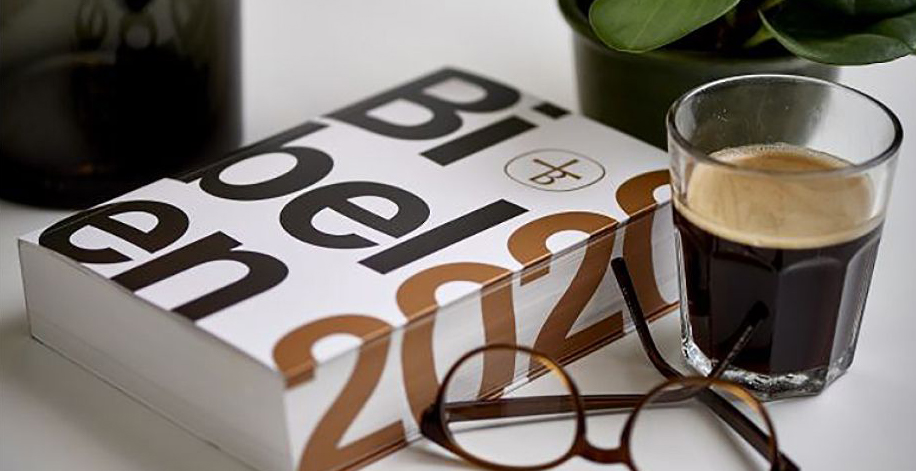 I don’t know any Danish. My rudimentary ability to parse a simple Danish sentence depends entirely on my knowledge of English, German, a wee bit of Dutch, and a Danish-English dictionary. Moreover, I’ve seen only a handful of excerpts from the new Danish Bible translation that, accused of anti-Zionism and even anti-Semitism, has recently been causing a furor. Yet having said as much, I’ll hazard the opinion that not only is the new translation not what it has been accused of being, it is in some ways (whether this was the intention of its translators or not) the most pro-Jewish Christian Bible ever published.

Those of you who have followed the uproar know it broke out when news spread that Bibelen 2020, a contemporary version of the Old and New Testaments published by the Danish Bible Society (DBS), had eliminated the word “Israel” in many places. In some passages, particularly in the New Testament, “Israel” was replaced by such wordings as “the Jews,” “the Jewish people,” or simply “the People.” In others, it was changed even more radically, as when Psalm 121:4, “He who watches over Israel neither slumbers nor sleeps,” became “He who watches over us.”

A reaction was not long in coming from Danish Bible readers. “Bible 2020 is an assault on the faiths of both Jews and Christians, and an attack on the history of the Jewish state of Israel,” wrote Dr. Petra Heldt, director of the Ecumenical Theological Research Fraternity in Jerusalem. Referring to Psalms 121:4, she went on: “DBS pretends that we get the divine watchfulness. [The identity of Israel] has been stolen.” Heldt accuses DBS of “emulating the current social attitude that develops from the anti-Israelism of Muslim immigrants and that is picked up by other parts of Danish society.”

Such criticisms were soon echoed by non-Danish readers, who cited Heldt and others like her as their authorities. The Danish Bible Society, for its part, sought to defend itself. “Nothing could be further from the truth,” it declared in a prepared statement, than the charge that its translation had an anti-Jewish or anti-Israel bias. “The words Israel and Israelites [still] occur in the translation more than 2000 times and the words Jew and Jewish occur more than 500 times,” the statement said.

“The Contemporary Danish Bible 2020,” it continued, using the English name of Bibelen 2020, “is a special kind of Bible translation directed at secular readers with no or little knowledge of the Bible and of its history and traditional church and Bible language.” It was made, the DBS asserted, for that “majority of Danish readers” who might confuse the biblical concept of Israel with the modern country bearing that name and “wouldn’t know that Israel in the New Testament at large refers to the people of God with which He has made a covenant.” Its aim was disambiguation, not the delegitimization of the Jewish state.

I find this explanation perfectly credible. Of course, the argument over the relationship between biblical Israel and the Jewish people is a vexed one. It goes back to the origins of Christianity and lies at the heart of Jewish-Christian quarrels. Without going into it, one may observe that the linguistic confusion surrounding the word Israel is a real one. Indeed, the word’s ambiguities are greater than the DBS makes them out to be and are by no means restricted to non-Jewish discourse. Unabashedly Jewish writers can also get entangled in them. For them, too, the word “Israel” can have at least five different meanings:

1) The people descended according to the Bible from Abraham, Isaac, and Jacob, with whose history and relationship with God the biblical narrative deals.

2) The land that is geographically also known as Palestine.

3) The kingdom of Israel that ruled northern Palestine from the death of Solomon in the 10th century BCE to its destruction by the Assyrians in 720 BCE, and that was often at odds with the southern kingdom of Judah.

4) The post-biblical Jewish people descended from the inhabitants of Judah.

Even Jews who see in the overlapping of these meanings an affirmation of the oneness of Jewish peoplehood and history often feel a need to distinguish among them. Jewish historians writing in English, for example, generally use the word Jews rather than Israel when speaking of post- or even late biblical times, as in “the Jews of the period of the Second Temple.” Conversely, they would rarely apply the word to earlier times. It would strike us as anachronistic to read of “the Jews in the age of the Patriarchs” or “Joshua’s Jewish conquests,” just as it would be to be told about “the people of Israel in the time of the Crusades.”

Furthermore, if this is so for Jews, it has traditionally been all the more so for Christians, who have historically made a clear distinction between Israel, that is the biblical people chosen to be the agents of God’s redemption, and the Jews who rejected this redemption and the savior sent to bring it about. With this rejection, for ancient and medieval Christianity, Israel as God’s chosen people ceased to exist—or to put it differently, the Jewish people lost its title of Israel, which passed to the collective body of Christian believers. As the early Church Father Justin Martyr put it in what was to become basic Christian doctrine, “The true spiritual Israel are we who have been led to God through the crucified Christ.” Israel was now the Christian church.

Even when not aimed against the Jews, this “replacement theology,” as it has been called—the Christian belief that “we are Israel”—has been a powerful factor in many strains of Christianity. And it is here, I think, that the accusations of anti-Semitism against the new Danish Bible are most unjustified, since it is precisely at this point that the new translation breaks most sharply with Christian tradition. Take, for instance, its rendering of verse 13:23 in the New Testament book of the Acts of the Apostles, in which Paul, speaking after the death of Jesus, is addressing a Jewish congregation in the city of Antioch. In the King James Version of the Bible, this verse appears as “Of this man’s [David’s] seed hath God according to His promise raised unto Israel a savior, Jesus,” and the KJV was being faithful, as have been other Christian Bibles, to the Greek original’s kat epangellian egagen to Israel. And now look at what Bibelen 2020 does with this:

“God promised that he would choose a man from David’s offspring to save the Jewish people, and He has done this now in the person of Jesus.”

Yes, it is true, “Israel” has been replaced here by “the Jewish people”—but what is the significance of this replacement? Is it not to imply that even after the crucifixion of Jesus and the Jewish rejection of him, “Israel” is still the Jewish people, which alone can lay claim to the title as no Christians can? What else can translating Israel as “the Jewish people” mean in this context?

Rather than severing the tie between “Israel” and the Jews, as its critics have charged it with doing, the new DBS Bible strikes me as having made a special point of affirming it. And it makes this point, so far as I can judge from what I have read about it, in many other places in the biblical text as well.

This is not to say that when the new Danish Bible does things like translate “He who watches over Israel” as “He who watches over us” it is not overstepping permissible bounds. Yet there is no need to resort to anti-Semitism as an explanation of this. After all, it is not necessarily anti-Semitic for translators to say, “We want the Bible’s readers to think that God is watching over them, too.” It is simply taking greater liberties with a text than a conscientious translator should take. As Jews rather than translation critics, however, we have nothing to complain about.

The Truth about the Controversial New Translation of the Bible