Podcast: Meir Soloveichik on the Genius of the Late Norman Lamm

A look at the legacy of the man who revitalized Modern Orthodoxy and who was perhaps “the greatest composer of sermons in the English-speaking rabbinic world.” 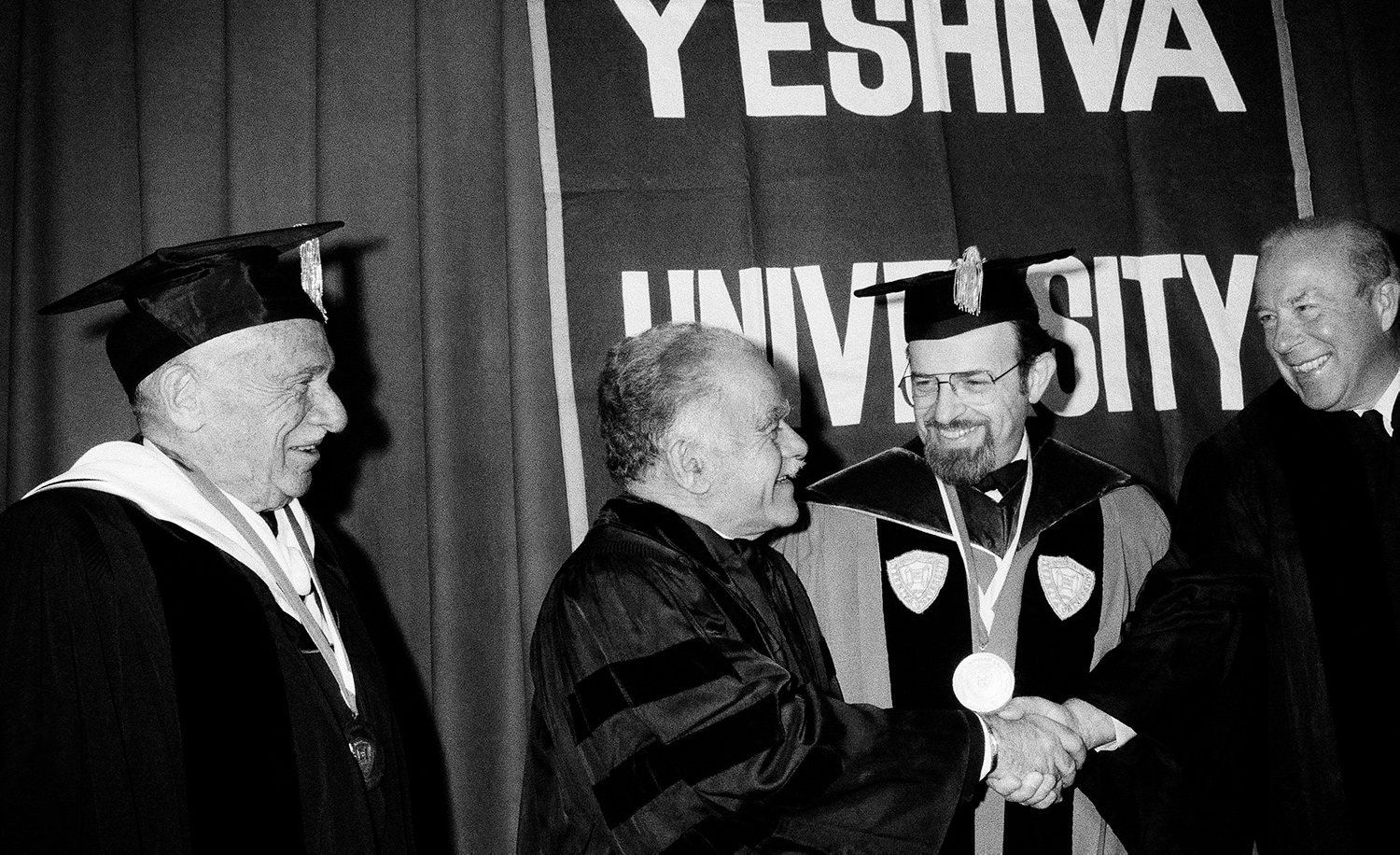 Observation
Tikvah Podcast at Mosaic and Meir Soloveichik
About the authors

On May 31, 2020, American Jewry lost a giant: Rabbi Dr. Norman Lamm, the longtime president of Yeshiva University, and one of the nation’s foremost defenders of Orthodox Judaism as well as an exponent of the Torah u-Madda—Torah and secular knowledge—philosophy that animates Modern Orthodoxy.

His passing was followed with an outpouring of remembrances from friends, family, students, and admirers. Most of them, appropriately, shined light on his remarkable career as a turnaround artist. (He inherited the leadership of Yeshiva University, the flagship institution of Modern Orthodoxy, when it was on unstable foundations and saved it from failure.)

Writing in Commentary, the rabbi (and Mosaic regular) Meir Soloveichik focused his remembrance on something else: Lamm’s career as a congregational rabbi before his leadership at YU. It was a career he found even more distinguished than he expected. As Soloveichik reviewed Lamm’s many speeches and sermons, he concluded that Lamm was “the greatest composer of sermons in the English-speaking rabbinic world.” In this podcast, Soloveichik joins Mosaic editor Jonathan Silver to discuss the basis of that judgment, and how Lamm’s legacy of rabbinic oratory can serve as a model for today’s pulpit rabbis. They focus especially on two of his most impressive sermons: “The Fountain of Life” and “Confessions of a Confused Rabbi.”

As I wrote in my paean to Rabbi Lamm’s homiletics, you have to imagine the following: you have a rabbi who, from Sunday on, is thinking about “What am I going to speak to my congregation next Shabbat.” And what he is working on is not merely the way some rabbis might say “you know what, I’m going to speak about this controversial issue and give my views.” What he wants to do is to create a homiletical work of art, which means to use aspects of the Torah reading in a substantive way, or topics related to the holiday in which one might find oneself, and to use the substance of these aspects of the Torah, of Jewish life, of Jewish law, and build them homiletically through creativity, imagination, and oratorical artistry, into a speech that will draw the audience in toward him, and keep them with him every step of the way.

And then at a certain point like in any great speech, there will be a use of language that is genius―and that will stick with the members of the audience. What sticks will not be a piece of rhetoric that is intended to make the audience feel good. Often, on the contrary, what he’s there to do is to criticize his audience perhaps, or to criticize the spiritual state of American Jewry. But he does so in such an elaborate and substantive way, that the audience―which may feel criticized―also feels respected. Because they know that he has given the speech the attention that it deserves, and the craftsmanship that it deserves, and thereby conveyed upon them respect.

We tend to look nowadays at a speech for “What’s the soundbite?” So everyone knows “Ask not what your country can do for you, ask what you can do for your country,” or everyone knows “With malice toward none, with charity for all,” but what few people actually go back to look at is the larger context of the speech itself in which these words appear. And in a truly great speech, what you’ll see is: yes, these soundbites are there, but they’re not there just to be soundbites. They’re there as the natural result of the power and the argument of the speech itself. So when the audience hears that soundbite, they’ll understand how the speaker got there, so that the audience is brought there with the rabbi together.

Podcast: Meir Soloveichik on the Genius of the Late Norman Lamm