Read along with one of our time’s great readers of the Bible as he works his way through the book of Exodus. 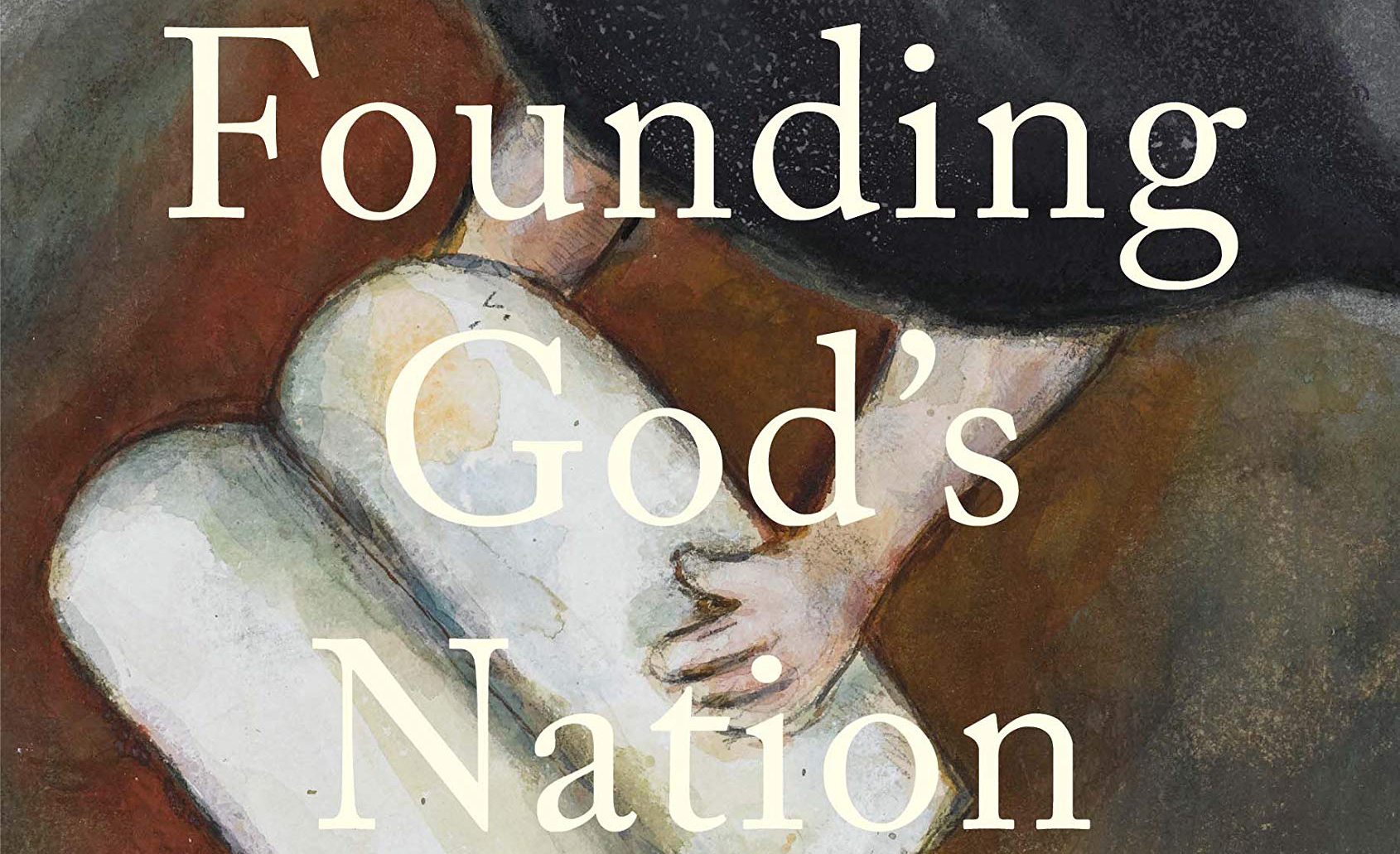 
Leon R. Kass is dean of the faculty at Shalem College, professor emeritus in the College and the Committee on Social Thought at the University of Chicago and scholar emeritus at the American Enterprise Institute. A physician, scientist, educator, and public intellectual, he served from 2001-2005 as chairman of the President’s Council on Bioethics.

In April 2020, Mosaic published an essay by Leon R. Kass on the book of Exodus. “The People-Forming Passover” focused on the events of the night before and the morning of the Israelites’ departure from Egypt—the events rehearsed each year at the Passover table—and on their significance in the formation of the Jewish people.

The essay was an excerpt of a forthcoming book, Founding God’s Nation: Reading Exodus, that has now been published. In honor of that event, and because we find Kass’s wisdom-seeking reading of the biblical text so stimulating, we’ll be publishing brief excerpts of Founding God’s Nation for each of the weekly Torah readings dedicated to Exodus, once each week, for the next many weeks.

In this initial installment we start with how Kass came to approach the biblical text and then move on to an episode in this week’s reading. Curious about one of the foundational texts of the Jewish tradition? Read along with us.

When I began my study of Exodus twenty years ago, I came armed with questions that grew out of nearly twenty prior years of studying Genesis. I was eager to follow the story of how God’s way for humankind—begun with Abraham and transmitted to the households of Isaac and Jacob—would be instituted on a national scale. I wanted to see how the new national arrangement would address the troubling human tendencies—psychic, familial, social—that had come to light in the tales of Genesis. My primary questions came from political philosophy. I looked for insights into political founding and people formation, freedom and order, law and morality, the leader and the led. This book in part conveys what I have discovered about these matters.

But having dwelt at length with Exodus, through many readings with diverse companions and under different life circumstances, I finish in a different place from where I began. As a result of reading after the fashion I always recommend to my students, I have lived with the book and allowed it to work on me. My experience of Exodus, especially in the last few years, has revised my sense of what it is about. And it has changed me. I still see great merit in the philosophical questions I have raised, but I now appreciate the book’s more-than-philosophical answers. Exodus surely illuminates the process of people formation. Its laws surely address the evils that lurk in the hearts of men. It surely offers wise guidance for communal life, against the technocratic and hedonistic temptations—once associated, respectively, with Egypt and Canaan—that still sing their seductive songs. But it also examines and nourishes deep longings of the soul for which law and politics are insufficient, longings that I was not fully aware I harbored when I first began this study. Two things especially have altered my outlook. One of them I’ll explain here.

In Autumn 2016 I taught a discussion-seminar on Exodus at Shalem College in Israel. The students were second-year undergraduates, men and women in their early to late twenties, all of whom had completed their required national service. They were a mixed group, some religiously observant, most not. I taught in English from Robert Alter’s translation; nearly all of them read the text in the original Hebrew. Everyone could understand what I said, but only a few could express any complicated thoughts in English. So I allowed them to speak in Hebrew, and others translated for me. Although the students did their best to accommodate me, none had prior encounters with a philosophical approach to the Bible. The experience was often frustrating for all of us. Yet for the entire time, I lived with one overwhelming feeling: I was enjoying the unbelievable privilege of reading with noble Israeli youth, and in Jerusalem, the founding text of the Jewish people—a text whose teachings had preserved the national identity of their devoted ancestors for 2,000 years of exile, during which those ancestors not only studied the text but also lived by it. Moreover, the students were reading and discussing the text in the Holy Tongue (lashon ha-kodesh), a language that had not been spoken on the street anywhere in the world for hundreds of years before the twentieth century. These facts not only defied political philosophy; they defied all reasonable expectations of how the world works. Even a devout atheist might suspect this was a miracle.

This week, Jewish communities all over the world begin their study of Exodus 1:1-6:1, a portion of the text known by its first significant Hebrew word, “Sh’mot.” In Founding God’s Nation, these chapters take up some 80 pages of extraordinary commentary and analysis. Here, we present a brief selection, a kind of introduction to the main human figure of the Exodus drama, Moses.

In Exodus 3, Moses is working for his father-in-law as a shepherd. Moses, the man who was born of Hebrew parents, raised in the Egyptian court, and settled in the wilderness of Midian, does not know who he is. We join him when he encounters a thorn bush that burned but was not consumed by the flame. A voice from the bush identifies itself as the God of Moses’s Hebrew ancestors, and promises to redeem the Israelites from Egyptian slavery. As Kass notes, the conversation between the voice from this bush and Moses is the longest conversation in the Torah. As Moses hears what the voice promises and asks of him, he replies with a question. “Who am I that I should go unto Pharaoh, and that I should bring out the Children of Israel out of Egypt?”

Moses’s question, “Who [am] I,” is multiply intelligible. Responding to God’s heavy emphasis on “I,” he has cause to wonder, ‘If you are going to do all of that, what need have you for me?’ This is not an impertinent question. An alert reader may be wondering the same thing: Why does God need Moses? If God, as He says, has come down to deliver His people out of Egypt, why does He need to send Moses [“you”] to Pharaoh “to bring My people the Children of Israel out of Egypt”? Surely He could extract them all by Himself. Something other than divine power must be required; something else is desired beyond just getting the deed done. Speech and explanation, prophecy and persuasion, may be needed if all the participants are to know what is going on and why. God, we surmise, needs a human champion and messenger, prophet and educator, who will convey the meaning and purpose of His manifestations of power. Although nothing like this is explicitly said in the text or to Moses himself, God is looking for a leader and teacher of His people.

Moses’s “Who [am] I?” could also mean “Why me? What business is it of mine?” God had spoken of “My people,” having made it clear to Moses that, as the God of Moses’s father, He regarded Moses as one of them. But Moses, distancing himself both from the Israelites and from God, does not speak of “my people” or “our people” but only of “the Children of Israel.” Implicitly, he is saying, “They are your people, not my people, so why is this my concern?”

Moses’s question is even more fitting on practical grounds. He is concerned, not unreasonably, about his capacity. No longer a youthful zealot, he does not regard himself as fit for such a heroic assignment: I am but a humble shepherd; I lack the capacity for such a momentous task. Besides, even in my youthful vigor, I had no success in dealing with this slavish people.

Finally, and deeper down, Moses’s question, “Who [am] I?” may manifest his own confusion of personal identity: am I Midianite, Egyptian, or Israelite? He has good reason to wonder, on this ground alone, why he, hardly a qualified Israelite, should get involved in the voice’s plan for the Israelites: why should he leave Midian (where he has a stable life) to go to Pharaoh (whose predecessor he fled) on this mysterious voice’s behalf to lead the Children of Israel (an unreasonable rabble) out of Egypt?

God’s answer, “I will be with you,” is reassuring on several counts, although its meaning is not altogether clear. Interpreting Moses’s question as showing a lack of confidence in his suitability or capacity for the mission, God tells Moses not to worry: I will also be present during the undertaking, working with you, Moses—or is it simply through you? My power will be with you. Empowered by God’s presence, Moses should have no reason to doubt his own competence or capacity for the task.

God’s reply also answers the deeper question of identity embedded in Moses’s “Who [am] I?” You, Moses? You want to know who you are? Let me tell you: you are the one with whom I will be. That, from now on, is your identity.